Ahead Of Talks With Centre, Protesting Farmers Defer Tractor March To Thursday 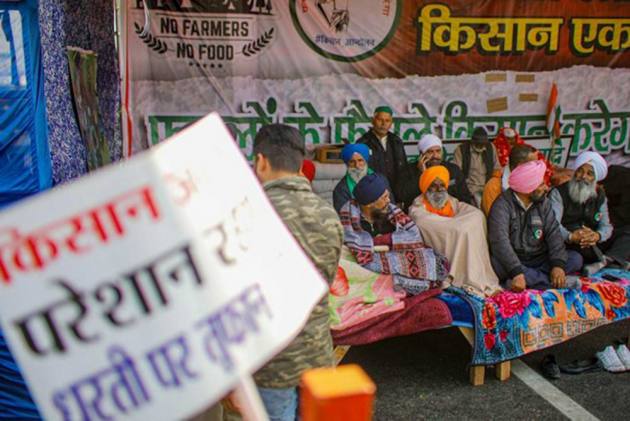 Protesting farmer unions have postponed their proposed tractor march to Thursday, so that the rally does not clash with their talks with the government on Wednesday.

The unions have agreed to hold the next round of talks with the Central government on Wednesday while insisting that the agenda of the meeting should include discussing modalities for repealing the three legislations.

Earlier this week, Samyukt Kisan Morcha -- an umbrella body of 40 unions leading the protests at various Delhi border points--- had announced a tractor march from the Singhu and the Tikri borders to the Kundli-Manesar-Palwal (KMP) Highway on December 30.

"In view of our talks with the government (on December 30), we have decided to defer our tractor march. The farmers will hold a march with their tractors on December 31," Abhimanyu Kohar, a senior member of Morcha, told PTI.

Thousands of protesting farmers, mostly from Punjab and Haryana, have been camping at three Delhi border points -- Singhu, Ghazipur and Tikri --- for the last 31 days, demanding a repeal of the three new farm laws and have sought a legal guarantee regarding minimum support price (MSP).

Enacted in September, the three farm laws have been projected by the Centre as major reforms in the agriculture sector that will remove middlemen and allow farmers to sell their produce anywhere in the country.

However, the protesting farmers have expressed apprehension that the new laws would pave way for eliminating the safety cushion of the MSP and do away with the "mandi" (wholesale market) system, leaving them at the mercy of big corporates.