A bus and a truck had a head-on collision in Bikaner district on Monday morning. 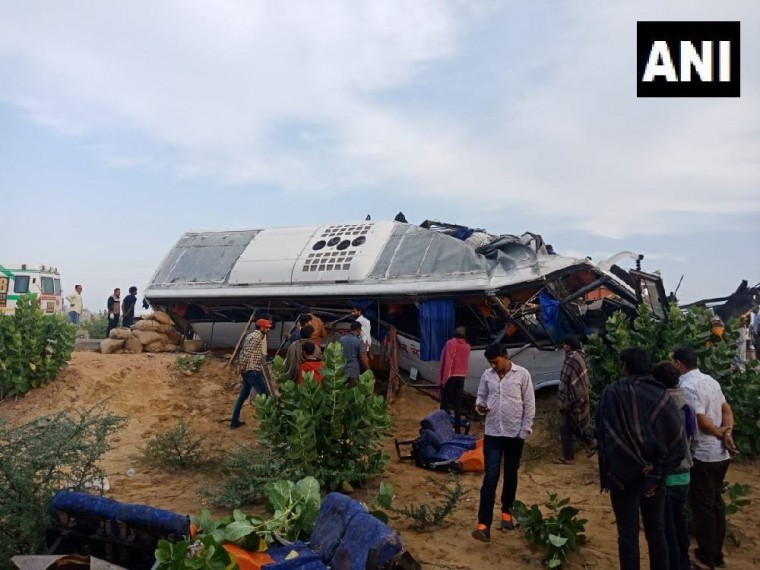 The wreckage of the bus that collided with a speeding truck in Bikaner district of Rajasthan
Twitter/ANI
PTI November 18, 2019 00:00 IST 10 Killed, 22 Injured In Road Accident In Bikaner, Rajasthan 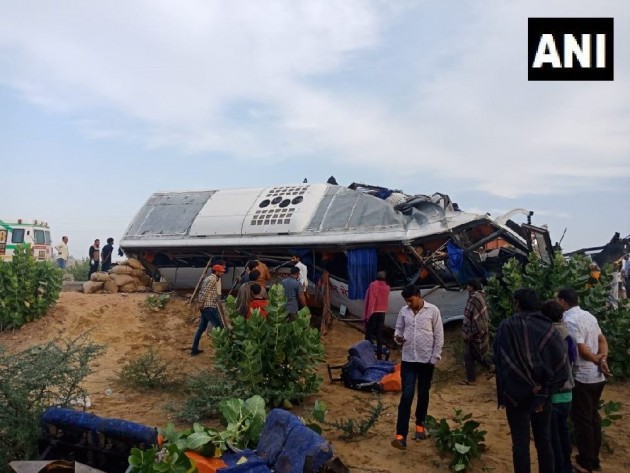 In a tragic accident, 10 people were killed and 22 others injured when a bus collided with a truck in Rajasthan's Bikaner district on Monday

Police said the accident took place early on Monday in Dungargarh when the bus was on its way to Jaipur from Bikaner.

Five people died on the spot and the others succumbed to injuries during treatment, police said.

Those hurt in the accident have been admitted to the PBM government hospital in Bikaner.