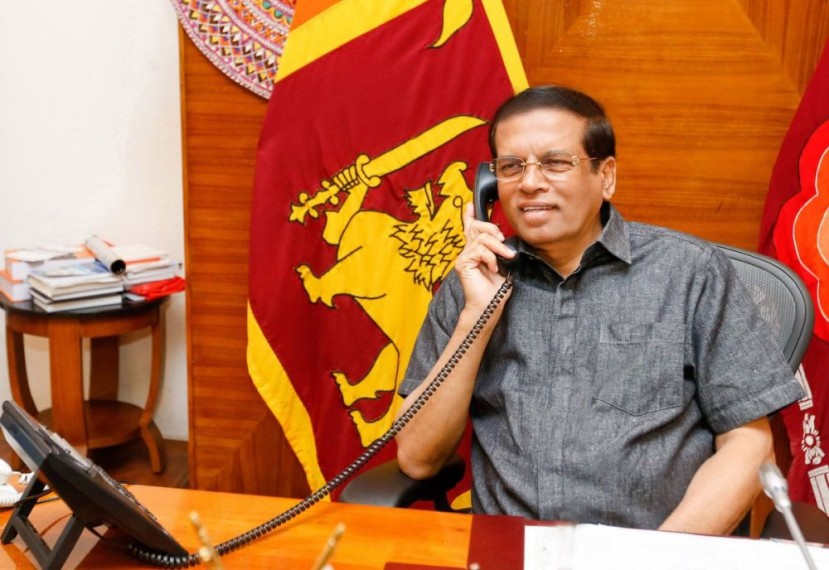 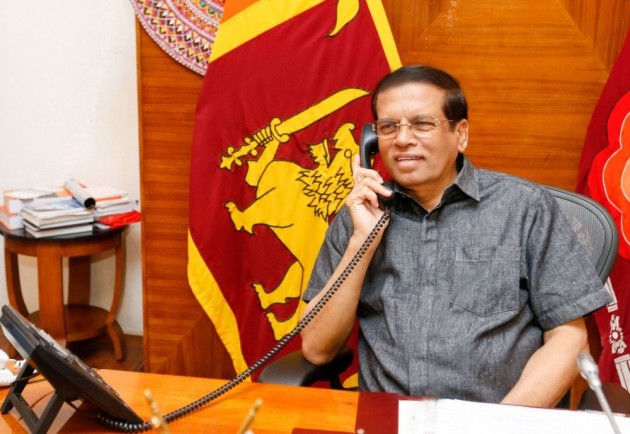 Sri Lankan President Maithripala Sirisena has said he will choose a new Prime Minister and Cabinet by Monday, but vowed never to reappoint Ranil Wickremesinghe, whose ouster sparked an unprecedented political crisis in the country.

His remarks came after Sri Lanka's Supreme Court on Thursday unanimously ruled that the dissolution of Parliament by Sirisena was "illegal".

After the verdict, a special meeting of the United People's Freedom Alliance (UPFA) was held at the Presidential Secretariat on Thursday chaired by Sirisena. Mahinda Rajapaksa, who was appointed as the prime minister by Sirisena after sacking Wickremesinghe, also attended the meeting, Colombo Page reported.

The President at the meeting said that he would accept the verdict of the Supreme Court on the dissolution of parliament, but he will never rule again with Wickremesinghe.

Sirisena said that he decided to dissolve Parliament to prevent destruction of the country by the Wickremesinghe-led United National Party (UNP), the report said.

The President has said that he is committed to strengthen the anti-UNP camp and asked the Sri Lanka Freedom Party (SLFP) MPs not to propose forming a government with the UNP again.

President Sirisena has said that he will make a decision on appointing a Prime Minister after receiving the Supreme Court ruling on the appeal filed by Rajapaksa against the Court of Appeal's interim injunction order preventing him and 49 ministers of the purported government from functioning.

Sirisena's decision on October 26 to sack Wickremesinghe and install former Rajapaksa in his place sparked a constitutional crisis in the country.

Later, he also dissolved the 225-member Parliament and called for a snap election on January 5.

Sirisena, 67, sacked the Parliament when it appeared that Rajapaksa would not be able to muster the support of 113 MPs to gain a simple majority. Wickremesinghe on the other hand commands a majority in the House.

As many as 13 petitions were filed in the Supreme Court against Sirisena's November 9 order sacking the Parliament, almost 20 months before its term was to end.

Wickremesinghe has held his ground without leaving his official residence, saying his dismissal was illegal. He said the 19th amendment to the Constitution had made Sirisena powerless to remove a sitting prime minister.