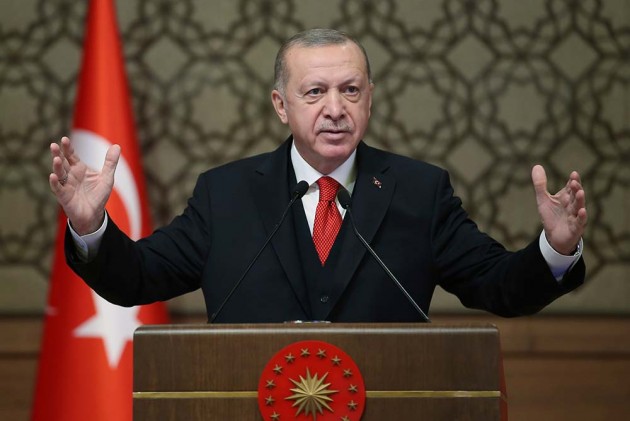 Citing Turkey's experience in large-scale construction and infrastructure projects, he said: “We want to help on this point ... But to help, the doors need to be opened. That's why our intelligence (agency) is currently meeting Taliban representatives.”

Speaking to journalists on a return flight from Montenegro, Erdogan stressed the importance of former Afghan President Hamid Karzai and ex-Chief Executive Abdullah Abdullah, who led talks with the Taliban. Both men remained in Kabul after its fall two weeks ago.

He said the Taliban's “reformist approach” to issues such as women's rights would be taken into consideration in any future negotiations. (AP)