The nuclear accord between Iran and the United Nations Security Council's five permanent members -- Britain, China, France, Russia and the United States -- plus Germany was agreed in 2015. 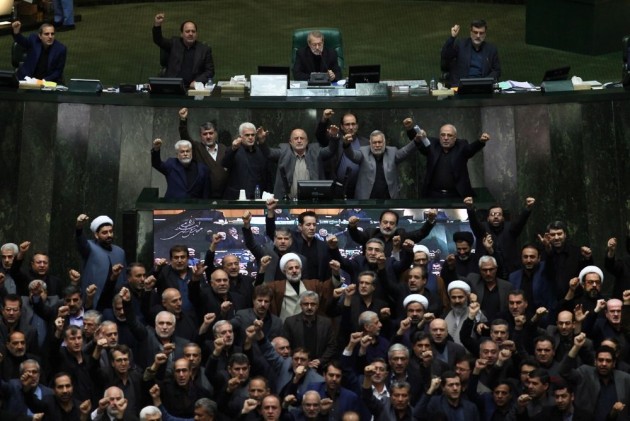 Iran on Sunday announced its fifth step back from a nuclear deal saying it will forego the "limit on the number of centrifuges", amid mounting tensions with the United States.

In a statement, Tehran said it would continue cooperating "as before" with the International Atomic Energy Agency, which monitors the implementation of the nuclear deal.

The announcement came after a US drone strike Friday killed top Iranian military commander Qasem Soleimani in Iraq, sparking fury in Iran which has vowed to avenge his death.

The nuclear accord between Iran and the United Nations Security Council's five permanent members -- Britain, China, France, Russia and the United States -- plus Germany was agreed in 2015.

It has been hanging by a thread since the US withdrawal in May 2018, despite efforts to salvage it led by the three European nations that remain parties to the deal along with China and Russia.

On Saturday, France urged Iran to stick to the landmark 2015 nuclear accord.

"France fully shares with Germany the central objective of de-escalation and preservation of the Vienna (nuclear) accord," Foreign Minister Jean-Yves Le Drian said.

With China, "we in particular noted our agreement... to urge Iran to avoid any new violation of the Vienna accord," he added.

And the European Union said Sunday it had invited Iranian Foreign Minister Mohammad Javad Zarif to Brussels for talks.