Within the last 10 months Kejriwal has, by his arrogance and self esteem, like Kalidas cut off the branch on which he was sitting 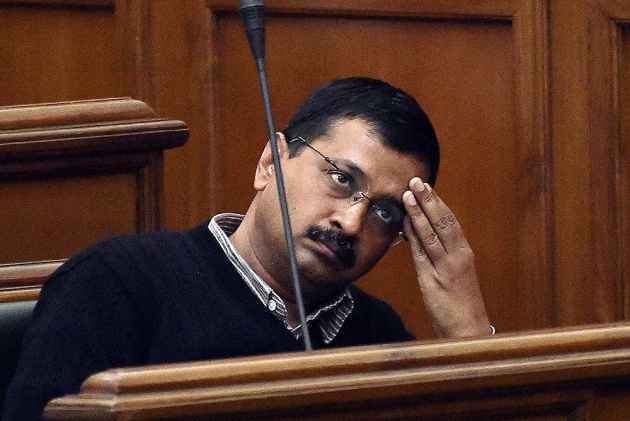 There is definitely a method in the madness of Arvind Kejriwal. He obtained an overwhelming mandate in the Delhi Legislative Assembly elections with AAP winning 67 of the 70 seats in the February 2015 Delhi Assembly elections, which could have been put to good use for the welfare of the people of Delhi, but within the last 10 months he has, by his arrogance and self esteem, like Kalidas cut off the branch on which he was sitting, antagonising almost everyone of relevance.

He has antagonised the Central Government, on whose police force the Delhi Govt. is dependant, he has antagonised the two principal political parties of Delhi by continuously hitting out left and right against them, and now he is antagonising the people of Delhi by his harebrained schemes such as the odd- even car policy, which, despite the immediate euphoria will find more and more opposition from people in the days to come as its full unrealistic import is realised. He reminds me of the Mad Hatter in Alice in Wonderland.

In a speech to the Constituent Assembly in 1949 Sardar Patel, the first Union Home Minister, said:

"As a man of experience I tell you, do not quarrel with the instruments ( i.e. the officials ) with which you have to work. It is a bad workman who quarrels with his instruments. Today my secretary can write a note opposed to my views. I have given that freedom to all my secretaries. I have told them that if they do not me give me their honest opinion for fear that this will displease me, they better go. I will find another secretary. I will never be displeased by frank expression of opinion."

In contrast to this wisdom of Sardar Patel, what is Kejriwal's approach? From the first day of his Chief Ministership, he started quarrelling with his officials and antagonising them.

In May, 2015 Kejriwal accused a senior bureaucrat, Shakuntala Gamlin, the Delhi Govt. Power Secretary, who was appointed the Acting Chief Secretary just for 10 days, to be in cahoots with power firms.

And now Kejriwal has called the Delhi officials the B team of BJP.

Could there be anything more humiliating for them? Officials too have their self- respect, and you cannot run a government by insulting them. No wonder their association resolved that Delhi officials proceed on mass leave.

Instead of realising his mistake, and quickly correcting it, Kejriwal has said that the officials should be disbanded and replaced by professionals.

Today the hoi polloi may be applauding Kejriwal for his scatterbrained schemes, but tomorrow the same ragtag and bobtail is bound to start cursing him. Public opinion is fickle, like the Roman mob at Caesar's funeral whose opinion was totally reversed by a short speech by Mark Antony (see Shakespeare's Julius Caesar ).