The Contract On Ahmedabad

On the one hand we are, more than ever a vigilant and alert society; on the other, also, more than ever, paranoid and on-the-edge. That's what political instability in a mediatised world has driven us to. 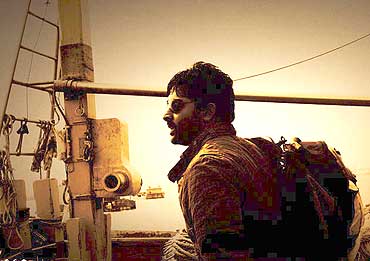 In Contract, Ram Gopal Varma’s most recently released film on the underworld, terrorist leader Sultan tells his group that they will plan a series of bomb blasts in Mumbai, and follow it up with blasts in the city’s hospitals where the injured would be taken for treatment. That way, the hospitals would get sealed off-- "no one could come in and no one could go out". It was Sultan’s way of ensuring the blasts caused the maximum possible harm and had maximum possible impact.

The chilling import of this piece of fiction came in the face of the Ahmedabad blasts, where hospitals, where the wounded were being taken, were specifically targeted after the first round of blasts in the city. The connection has been speculated and commented upon, and though it would be facile to assume some kind of a direct correlation between fiction and reality, it is a connection that must be understood as a rather significant pointer. The film, worryingly, talks about targeting schools as well, among other crowded places. 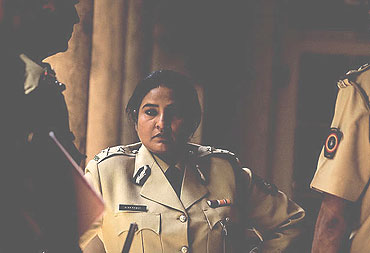 Such uncanny association is not without precedent. A year before the second Indo-Pakistan war broke out in September 1965, Indian intelligence agencies had brought to the notice of the then defence minister Baldev Singh a document released by the Pentagon in the US, derived from contemporary political speculation, which detailed the nature of possible future Pakistani attacks on India. Reportedly, Singh refused to take notice and supposedly threw the document out of the window. He is also reported to have dismissed such connection as unwarranted speculation. According to international relations experts, during the second Indo-Pak war, which broke out exactly a year later, the Pakistani offensive followed the very pattern outlined in the Pentagon document.

Such connections largely echo the chicken and egg question--that is, which came before and which thereafter. Did those responsible for the Ahmedabad blasts actually fix their modus operandi from RGV’s latest? Seems logically a bit improbable given that the film has released very recently and the blasts seem to have had some sophisticated long-term planning. In fact, such suggestion actually serves to minimize the larger linkages of the event, whether its supposed links with the Jaipur blasts, or a probable ISI/Huji/SIMI connection. Largely, what is significant is not so much the ‘hows’ as the ‘whys and whereupons’ of such linkages, in cases where there seems to be an uncanny link between crime and contemporary fiction, and thus a larger popular imaginary.

That a Bollywood director and a terrorist organization which calls itself the 'Indian Mujahideen' came up with a similar strategy, one onscreen, the other in stark reality, says something of a collective psyche, where the ordinariness of an action flick is meshed with the abnormality of real-life terror. While there can be no facile correlation between a Bollywood script and terrorist conspiracy, it is significant that the scriptwriter and terrorist had similar ideas. 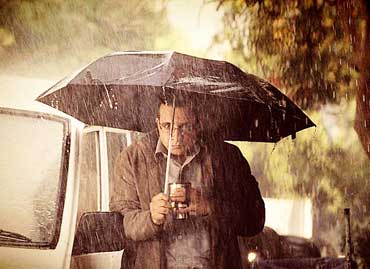 It speaks of linearity between the fictional space of a Bollywood film, the leisure of film-going and an orchestrated terror attack that rips apart the stability of our everyday lives. Somewhere in our minds, the public space is now integral with the potential for terror attack, whether the airport, shopping mall, or even the hospital. It is where the normalcy that envelopes our lives has actually been integrated with the potential for a rupturing of that very normalcy, and which gets figured in public culture viz. the mafia film, sensationalized media reportage or reality shows on 24 hour news channels.

It is probably significant that the connection between the Ahmedabad blasts and Ram Gopal Varma’s film were made fairly early in the day. It indicates the same linearity, which perhaps did not exist even a decade earlier--the linearity of linkage between the fictional and real, the leisure space of Bollywood and the terror on our streets. In today’s age no defence minister can forego that connection; intelligence agencies were among the first to note the connection between the blasts and the recent release. As a society we definitely have changed since a defence minister supposedly discarded a document ostensibly because it was ‘fictional’.

It is an odd nexus. While intelligence agencies have been among the first to grasp the connection between the blasts and the film, a very average film, which has largely gotten bad reviews, will now, it seems, pick up on box-office collections. Contract, now in the headlines, for its most uncanny prefiguring of the Ahmedabad terror strike might even go on to become a reasonable hit. Amidst every kind of speculation over this connection, the connection between the regular and the disruptive thicken in our minds and in the collective psyche. On the one hand we are, more than ever a vigilant and alert society; on the other, also, more than ever, paranoid and on-the-edge. That’s what political instability in a mediatised world has driven us to.