Vinesh Phogat To Be Nominated For Khel Ratna, Sakshi Malik Applies For Arjuna

Vinesh Phogat, who is the lone woman wrestler to have qualified for the now-postponed Tokyo Olympics, had missed out on Rajiv Gandhi Khel Ratna last year with fellow grappler Bajrang Punia getting the prestigious award 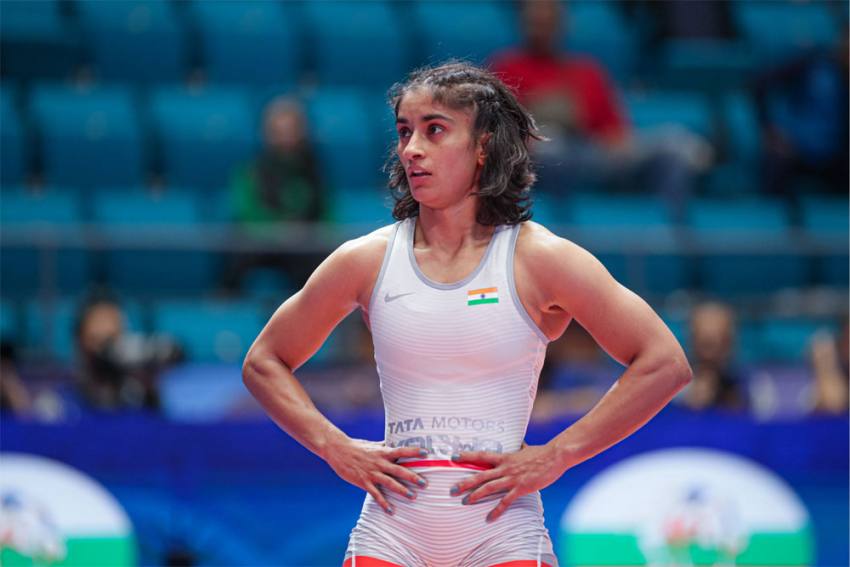 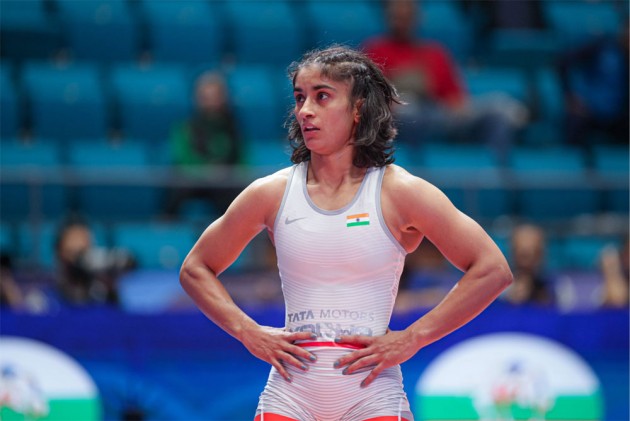 World Championship bronze medallist Vinesh Phogat is set to be nominated for Khel Ratna for the second year in a row while Rio Olympic bronze winner Sakshi Malik wants to be in contention for the Arjuna award, although she is already a recipient of country's highest sporting honour. (More Sports News)

Vinesh, who is the lone woman wrestler to have qualified for the now-postponed Tokyo Olympics, had missed out on the honour last year with fellow grappler Bajrang Punia getting the prestigious award.

She has been consistent in the last three years, winning Asian Games gold in Jakarta. She qualified for the Tokyo Games by winning a bronze at the World Championship in Nur Sultan in 2019.

Early this year, she won a bronze at the Asian Championship, held in New Delhi.

"We will send Vinesh's application on Monday for Khel Ratna. She will be a strong contender. But we have not yet decided on Arjuna award application because we have received many applications. The WFI President will have a look and decide whose application is to be forwarded to the ministry," WFI Assiatant Secretary Vinod Tomar told PTI.

"We still have time till June 3. But most likely the names will be sent tomorrow (Monday)," he added.

A WFI source said Sakshi, who has been struggling badly of late, has sent her application for the Arjuna. She had got Khel Ratna in 2016 along with gymnast Dipa Karmakar and shooter Jitu Rai.

Recently she lost twice to young grappler Sonam Malik, who stopped the elite athlete from making the cut even for the Asian Olympic Qualifiers.

It will be interesting to see if WFI sends her name since 2019 World Championship silver medallist Deepak Punia (86kg) and very-talented Rahul Aware (61kg, non-olympic category) have also sent their applications for the Arjuna.

"She had no achievement before the Rio Games, so her name was not sent for Arjuna. Since she won a bronze in Rio, she (directly) got the Khel Ratna that time. Now she wants the Arjuna award as well," the source said.

If WFI goes by performance, it will not send Sakshi's name because better performers like Deepak Punia and Rahul Aware stand a better chance to get the award as they will compete with brilliant athletes from other disciplines.

Also sending his application to WFI for the Arjuna is Sandeep Tomar, who was a strong candidate in the 57kg before the rise of Ravi Dahiya, the 2019 World Championship bronze medallist.

While application have to be filled by the athletes, it is the national federation which has to recommend names for the sports awards to the ministry.

The athletes can still send their applications if their form is endorsed by their state unit or a former national awardee -- Arjuna, Khel Ratna, Dhyan Chand or or Dronacharya.