A few years ago, we hardly talked about concepts like gender identity and expression. But that is changing. 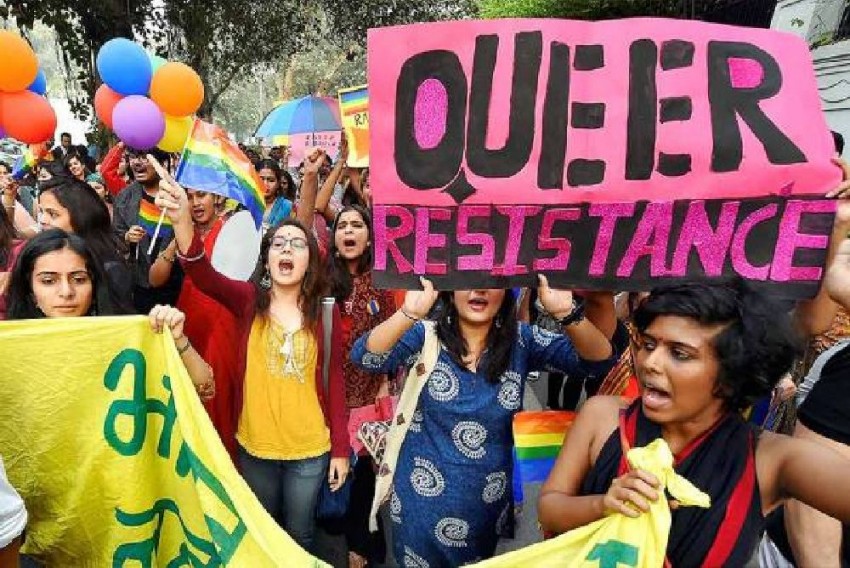 Members and supporters of the LGBTQ groups during a Queer Pride march in New Delhi.
PTI File Photo
Ekta Kumar 2019-12-02T15:08:35+05:30 Understanding Of Gender Is Evolving From Man-Woman Binary To Wider Spectrum 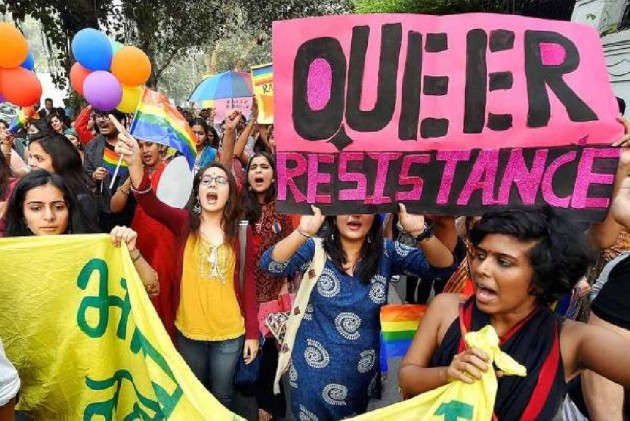 ‘Why are you pretending to be a girl?’ The thoughtless question was posed to a young woman who was retouching her lipstick at the lobby of a five-star hotel. She had a dark shadow of stubble on her chin and wore high heels.

The conversation happened many many years ago, I forget the names and faces, but I do remember her reply - ‘I was pretending earlier’ she said, ‘not anymore.’

Identity forms the very core of our being. It defines who we are, how we act, our values, choices and also what we eventually aspire to be. 'Who am I' is a simple question that can have very complicated answers, especially when it comes to gender and sexuality.

A few years ago, we hardly talked about concepts like gender identity and expression. We simply divided ourselves into two halves - men and women, with a handful of ‘hijjras’ as extras who existed on the fringe of society. But that is changing. Our understanding of gender is constantly evolving. From what was largely a binary option, today apps like Facebook and Tinder have over 50 gender profile options to choose from.

Change is a gradual process. It was only around the 1970s that experts stopped considering homosexuality as an illness, and as more and more gay, lesbian and bisexual people began to come out, there was a growing recognition of the fact that same-sex couples are just like any other. Decriminalisation of homosexuality (section 377), after much debate, happened last year. And it was only as recent as a few months ago that the World Health Organisation stopped categorising being transgender as a ‘mental disorder’.

The journey must continue as we constantly challenge our deeply held ideas about gender, and move forward to better our understanding and finally, hopefully, accepting the wider gender spectrum.

Legislation must keep with this change. The Rajya Sabha recently passed the controversial Transgender Persons (Protection of Rights) Bill. It is being vehemently opposed by members of the transgender community and various activists on several counts. Firstly, the name ‘Transgender’ itself is myopic and should be changed to reflect the difference between intersex and transgender persons.

Secondly, the act is progressive enough to allow self-determination of identity but then demands a certificate from a district magistrate to authenticate the same. This defeats the original intent and brings with it the possibilities of harassment and misuse of power by bureaucrats. Having faced discrimination for decades, the trans-community is also asking for reservation in education, employment and healthcare to uplift their community.

They are also objecting to some of the provisions of the bill that are downright unfair -- it denies equal protection when it comes to sexual offences, it prohibits discrimination but does not explicitly define it and so on. There is no doubt the bill is flawed and disappointing, but at least we are talking.

We are generally expected to act in a certain way based on the gender that is assigned to us at birth. But some don’t. They choose to be transgender, gender non-conforming, genderqueer, non-binary or gender fluid and so on. It can get fairly complex as the terminology keeps evolving. What was once called transvestite became transexual and now is transgender. Not to mention the various combinations and classifications as per gender identity, expression, sexual orientation and so on. The argument keeps changing too - till recently, gender was supposed to be a social construct while sex was biological, but now it is being said that gender identity is destiny, and sex may be a social construct. What do you call a woman who identifies as a man and is in love with another man? It can be quite confusing. Not surprisingly, although there is increasing coverage of gender-related issues, public understanding is weak.

The transgender community itself is incredibly diverse - with young children and old grandparents, they could be our neighbours, domestic helpers or our colleagues, they come from all faiths and all walks of life. Some choose to take hormone therapy and undergo sex reassignment surgery and some don’t. Some openly identify themselves as transgender, others call themselves men or women. Most of them have been grappling with harassment, stigma, poverty, victimisation and violence. It is important to recognise their issues and advocate and support the community.

We may or may not fully understand their challenges and their differences, but it would be easy if we kept in mind the basic premise of the transgender movement - people are what they claim to be, irrespective of biological and other evidence.