News of the death of the 22-year-old comes amid the nationwide outrage over the Hathras gangrape case, in which a 19-year-old Dalit woman died in a Delhi hospital a fortnight after she was allegedly assaulted by four upper caste men. 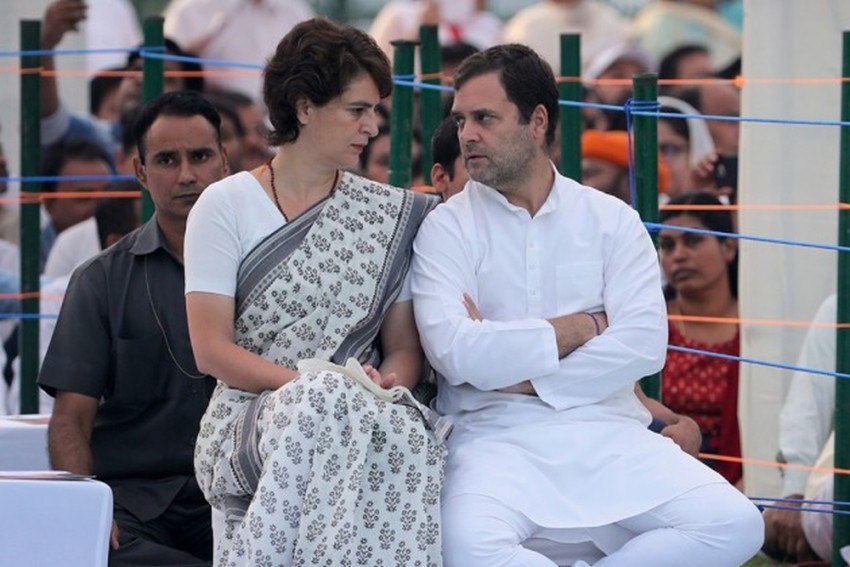 The "jungle raj" that has spread in Uttar Pradesh has no limits and the time for accountability is now, the Congress said on Thursday as a Dalit woman in the state’s Balrampur district died after being allegedly raped by two men.

Alleging that "atrocities" on women and the government's brazenness is continuing, Rahul Gandhi said, "Did not give respect when alive and also snatched the dignity in death." His tweet in Hindi referenced the Hathras gangrape victim's family being allegedly denied the right to properly perform her last rites.

"BJP's slogan is not 'save girl child', it is 'hide facts, save power'," he added, using the hashtag 'Balrampurhorror'. Gandhi was referring to the Centre's scheme 'Beti Bachao, Beti Padhao'.

Priyanka Gandhi Vadra, Congress general secretary in-charge of UP, said a gruesome incident like Hathras has taken place in Balrampur too.

The woman was raped and her legs and back broken, she said.

"In Azamgarh, Baghpat, Bulandshahr, girls were brutalised," the Congress general secretary said in a tweet in Hindi.

"The jungle raj spread in UP has no limits. Law and order is not run by marketing and speeches. This is time for accountability of the Uttar Pradesh chief minister. The public wants accountability," Priyanka Gandhi added.

Congress' chief spokesperson Randeep Surjewala also lashed out at the Yogi Adityanath government over the Balrampur incident, asking if the “law is alive or dead”.

"Is it a government of the Constitution or of criminals," Surjewala said and asked why the UP CM doesn't resign.

Both the accused in the Balrampur incident have been arrested, police said. The young woman was cremated on Wednesday, the same day as the Hathras teen whose last rites were conducted in the dead of the night around 3 am.

The Hathras teen was allegedly sexually assaulted on September 14 in Hathras. She was referred on Monday to the Safdarjung Hospital in Delhi with spinal injuries, paralysis and cuts in her tongue and died in the early hours of Tuesday.