With this, the total number of arrests made in connection with the case of violence at the Red Fort on Republic Day stands at 14. 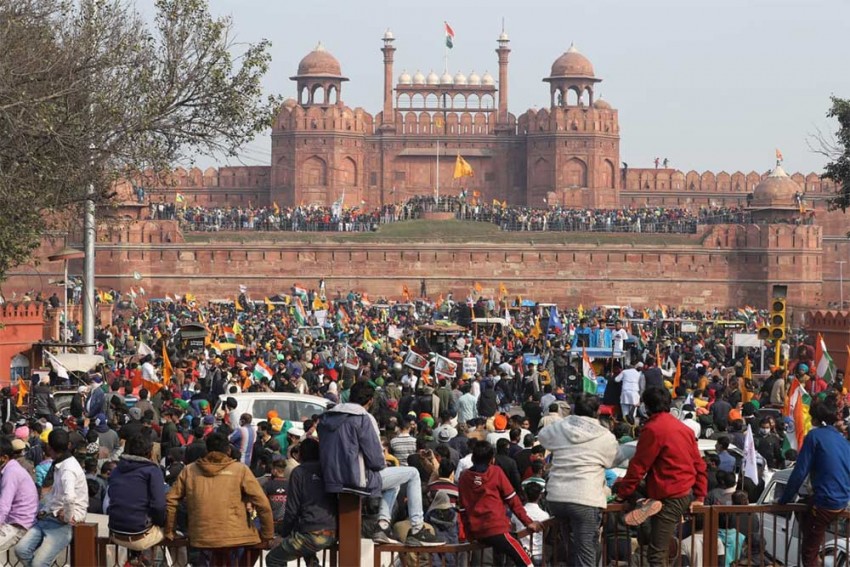 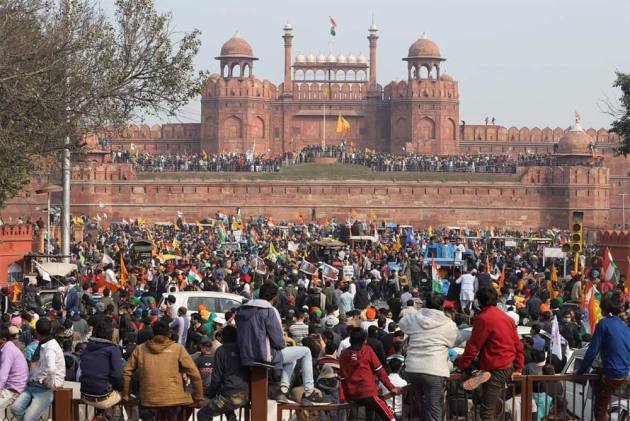 Police on Wednesday arrested two persons, including a 21-year-old man who assaulted a policeman on duty at Red Fort with a spear on January 26, has been arrested in connection with the violence at the historic monument.

The police said that various teams of the Crime Branch Unit probing the Red Fort violence case have been conducting regular raids at different places in Delhi and Punjab. The duo, Maninderjit Singh, 23, and Khempreet Singh, 21, who were actively involved in the violence, were arrested on Tuesday.

With this, the total number of arrests made in connection with the case of violence at the Red Fort on Republic Day stands at 14, they said.

According to police, Maninderjit Singh, a Dutch national, settled in Birmingham, UK, was arrested at the Indira Gandhi International Airport while trying to flee from India on forged travel documents and posed himself as Jarmanjit Singh. He originally belongs to a village in Gurdaspur district of Punjab.

As per his plans, he was to fly first to Nepal from Delhi and then head to the UK. A look out circular was also issued by the police against him in connection with the case and he is previously involved in two criminal cases, they said.

Another accused Khempreet Singh, a resident of northwest Delhi's Swaroop Nagar, who police said had assaulted a policeman on duty inside the well area of the Red Fort with a spear, was absconding and willfully evading his arrest.

Deputy Commissioner of Police (Crime) Monika Bhardwaj said the presence of the accused, Maninderjit Singh, at the Red Fort was established through electronic evidence. There are video footage on record, which shows his presence alongside the unlawfully assembled unruly riotous mob at the Red Fort carrying a spear during farmers agitation on January 26.

"During an investigation, an electronic map was drawn to figure out the possible route taken by the accused to reach the Red Fort on the date of the incident, which transpired that Maninderjit alongside the mob, started moving from the Singhu Border, Sanjay Gandhi Transport Nagar, Burari, Majnu ka Tila and finally reached the Red Fort.

"Electronic evidence further corroborates the fact that he had also visited the Singhu Border protest site on different dates and took an active part in the violence at the Red Fort," the DCP said.

The officer said that during analysis of videos available on case record, Khempreet Singh, along with his associates, was seen carrying a spear in his hand and assaulting a policeman on duty inside the Red Fort (well area).

"With the help of technical surveillance, regular raids were being conducted at the possible hideouts of Khempreet. Local informers were also deployed in the vicinity of the available whereabouts of the accused and finally on Tuesday, his location was traced to an area in west Delhi's Khayala, where he was hiding in a house of one of his relatives. A raid was conducted and he was arrested from there," she said.

During an investigation, Khempreet Singh disclosed that on January 26, he along with his associates, joined the mob from Sanjay Gandhi Transport Nagar and finally reached the Red Fort after breaching the barricades at Burari and Chatta Rail, the DCP added.

The police said Maninderjit Singh, along with his family, is settled in Birmingham and is employed as a labourer in a construction field. In December 2019, he visited India and due to lockdown last year, he could not go back. He was produced before a court and his four days of police custody remand has been taken.

Khempreet Singh, who along with his family, resides in Swaroop Nagar. He will be produced before a court on Wednesday. He is also a close associate of already arrested accused Maninder Singh, they added.