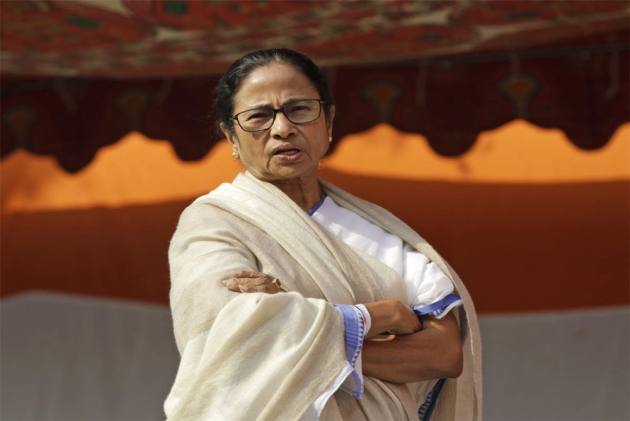 The West Bengal unit of BJP has alleged that Mamata Banerjee's decision to contest from Nandigram in East Midnapore district is a result of her concerns about getting the votes of the Hindus.

On Wednesday, BJP Bengal unit chief Dilip Ghosh wrote on social media that Mamata chose to contest from Nandigram, the land of a famous land struggle during 2007-08 that helped her ascent to power, fearing a loss at her own constituency, Bhawanipur, in south Kolkata.

Ghosh said that going by the trends of the 2019 Lok Sabha elections, the BJP was trailing by a little more than 3,000 votes in Mamata's constituency, and she feared a defeat this time.

Ghosh's post also mentioned the demographic composition of Kolkata's voters, citing that Hindus made nearly four-fifths of Kolkata's total voters. While he did not give any figure for Bhawanipur's demographic composition, the constituency is known as Hindu-dominated and one where non-Bengali speaking (Hindi, Gujarati, Punjabi and Marwari) population makes a major chunk of the electorate.

Ghosh's remarks came a day after Suvendu Adhikari, the Trinamool Congress heavyweight who represented Nandigram until resigning recently before joining the BJP, alleged that the TMC supremo was contesting from Nandigram depending on only 62,000 voters.

He didn't utter the term Muslim but Muslims make roughly 62,000 of Nandigram's electorate of 2.13 lakh voters.

He also vowed to defeat Mamata by over 50,000 votes, failing which he would quit politics and dared Mamata to contest from Nandigram only.

Mamata earlier said she would be contesting from Nandigram, in addition to her own constituency.

Mamata’s decision to contest from Nandigram is being seen by many political analysts as a masterstroke, which could help the party recover grounds not only in East Midapore but also the neighbouring districts of West Midnapore, Jhargram, Bankura and Purulia. While East Midnapore remained a bastion of the TMC, the party's grip has loosened on the four other districts in southwestern Bengal.

According to Biswanath Chakraborty, a professor of political science at Rabindra Bharati University in Kolkata, this decision has increased Suvendu Adhikari's importance in the BJP as Mamata decided to take him head-on, while the TMC's organisation in East Midnapore may get much-required oxygen due to the political vacuum created by the exit of the Adhikari's.

"Even common voters may get more enthusiastic in voting for the TMC due to Mamata's direct presence. If she wins, Suvendu's political career will come under a cloud. But if he wins, Suvendu will emerge as one of the most powerful BJP leaders," Chakraborty said.

The BJP is yet to announce its candidate list but it is expected that the party would nominate Adhikari from Nandigram.

He added that Bengal's former chief minister Ajay Mukherjee too had contested from two seats in 1967 and 1971. "The BJP should answer if he too will contest from two seats for communal equations. The fact is that the old BJP and the neo-BJP have no idea of Bengal and India's history and geography. They are misinformed and they want to spread all sorts of misinformation."