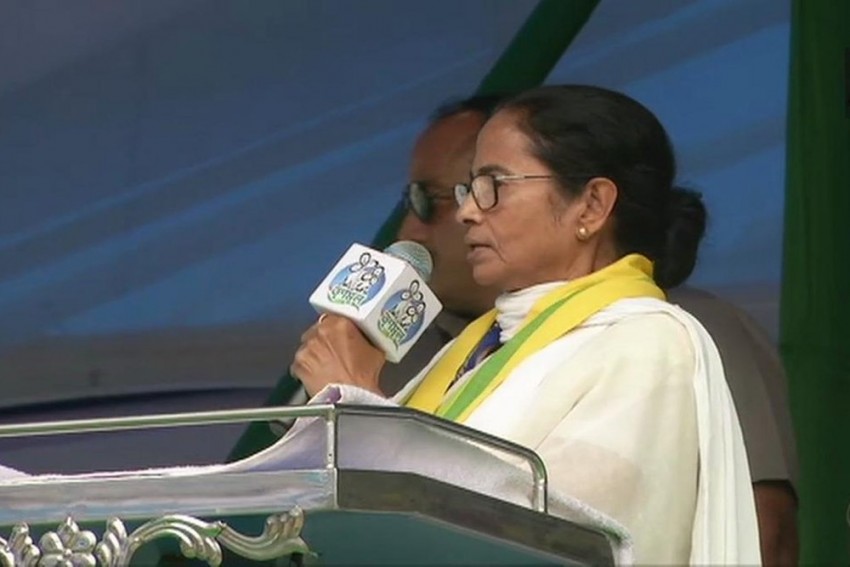 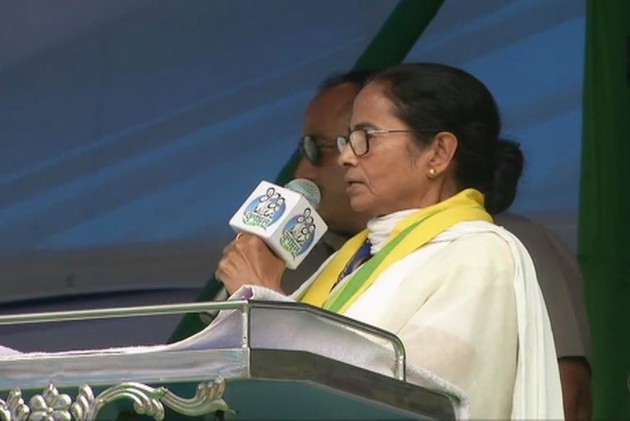 Banerjee also mocked Modi for making films, television serial in his name and said "Modi thinks he is bigger public figure than Mahatma Gandhi and B R Ambekdar".

Hitting out at Modi for his comment at a public meet at Coochbehar district Sunday that she and TMC were suffering from fear psychosis of Modi, Banerjee warned him "not to dare to threaten her" as it will be his "biggest mistake".

"In the name of demonetisation he has looted public money and now ahead of elections he is acting the chowkidar. This chowkidar is a lootera and jhoota (watchman is dacoit and liar). He is using public money in elections. After looting the country he is promising Rs 1000, Rs 2000 for farmers. He should be ashamed. I have never seen such a liar prime minister in my life," Banerjee said.

Raising the slogan "Chowkidar lootera hain" and criticising Modi's frequent foreign visits, Banerjee said Modi has done nothing for the country in the past five years except conducting riots and looting the public money.

Lashing out at the BJP manifesto, which was released during the day, which promised bringing in Citizenship (Ammendment) Bill and driving out infiltrators, Banerjee cautioned that if Modi is re-elected he will turn "legal citizens into refugees".

"If you vote for them (BJP), they will turn you all into refugees in your own country. We will never allow NRC and the Citizenship Bill in our state," she said.

Continuing her tirade, Banerjee said "Now when elections are knocking at the door he (Modi) is threatening everybody and is telling lies all day. He will get the first prize if there is a competition for lying," she said.

"In this elections people will put Leukoplast on his mouth so that he can't utter more lies. For the sake of the country he should not only be ousted from his chair (PM's post) but also ousted from politics," the combative TMC supremo said.

If Modi had done as much work as he claims, what is the need to make movies and television serials on him, she questioned.

"Has he become larger that Mahatma Gandhi and B R Ambedkar that he is making movies and opening TV channels in his name? What is his achievement," she asked.

During 2014 Modi has promised to reopen closed tea gardens. "Did they keep their promise? No. Instead, we (TMC government) have opened tea gardens," she said.

"Bengal does not believe in your culture of violence and riots. We are ready to give our lives but will never support violence," she added.