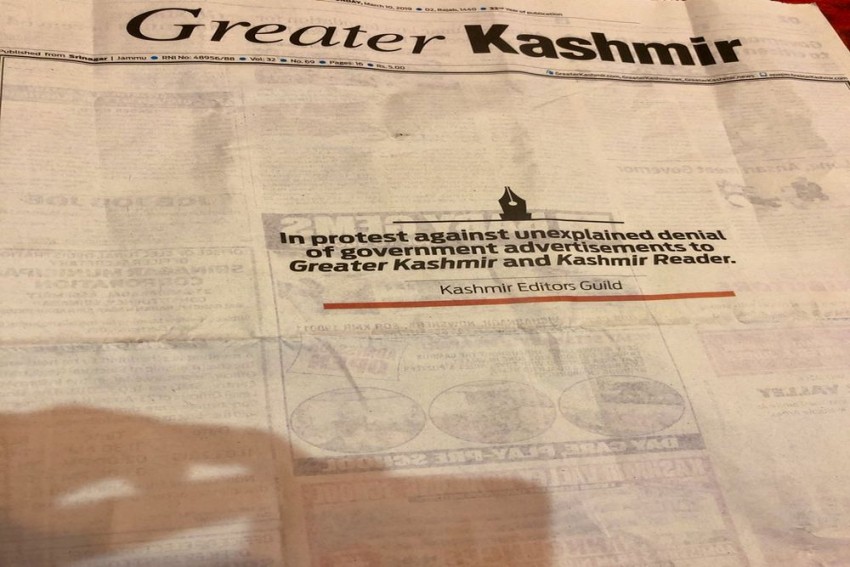 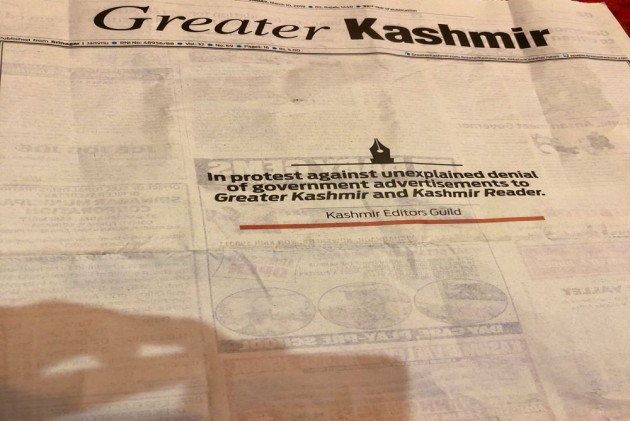 Leading dailies in the Kashmir valley printed blank front pages on Sunday as a mark of protest against the "unexplained denial" of advertisements to two newspapers by the Jammu and Kashmir government.

"With utmost regret, the Kashmir Editors' Guild wishes to inform that the Jammu and Kashmir government has stopped state government advertisements to two major daily newspapers -- Greater Kashmir and Kashmir Reader," it had said in a statement, adding that the decision was neither conveyed formally nor was any reason detailed to the respective publications.

As a mark of protest, the leading dailies here -- both English and Urdu -- printed a blank front page on Sunday.

The front pages of these newspapers only carried a message from the KEG -- "In protest against the unexplained denial of government advertisements to Greater Kashmir and Kashmir Reader."

A spokesperson of the KEG said the guild and the Kashmir Editors' Forum had on Saturday taken the decision to print a blank front page against the government's move "to scuttle" the media in Kashmir.

He added that the guild would also hold a protest at the Press Club here on Sunday afternoon against the government decision.

Madarsas Are Into Religious Education Business, Not Terrorism: Frank Islam