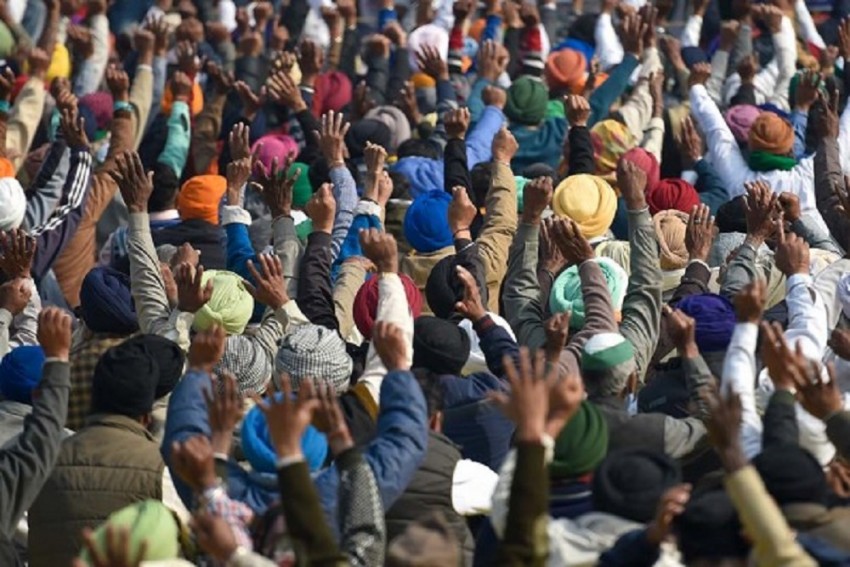 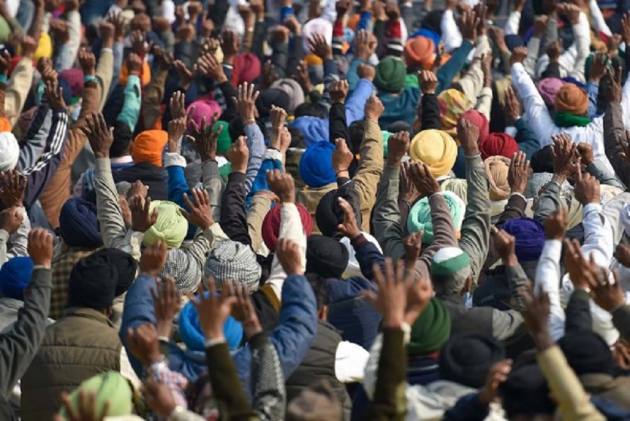 Intensifying their agitation against the Centre's new agri laws, farmers on Sunday announced that they will observe a day-long relay hunger strike on Monday at all sites of protest and halt toll collection on highways in Haryana from December 25 to 27.

Thousands of farmers, mainly from Punjab and Haryana, are protesting against the laws for the last over four weeks at various border points of Delhi and demanding that the legislations be repealed.

"Farmers will begin a day-long relay hunger strike on Monday at all sites of protest against the new agri laws. It will be started by a team of 11 members at protests sites here, including the Singhu border," Swaraj India Chief Yogendra Yadav said and added that "we appeal to everyone at all protest sites across the nation to participate in the same".

"Protesters are being threatened by the Haryana government. This is against the direction of the Supreme Court. I urge them to stop harassing farmers from tomorrow," he said at a press conference at the Delhi-Haryana Singhu border.

The Supreme Court on Thursday had said that the farmers' agitation should be allowed to continue "without impediment" and this court will not "interfere" with it as the right to protest is a fundamental right. It had also put a sole caveat that there should not be any breach of peace either by farmers or police.

While announcing the next move by protesting farmers after their hunger strike, farmer leader Jagjeet Singh Dalewala said farmers will halt toll collection on highways in Haryana from December 25 to 27.

"From December 25 to 27 all toll booths in Haryana will not be allowed by us to collect toll, we will halt them from doing so. On December 27, our Prime Minister will say his 'Mann ki baat' and we want to appeal to people to beat 'thalis' during his address," the Bharatiya Kisan Union (BKU) leader said at the press conference.

Farmer leader and senior BKU member Rakesh Tikait, who was also part of the press conference, said that farmers protesting the new agri laws will celebrate Kisan Diwas on December 23 and "we request people to not cook lunch for a day".

Earlier in the day, the protesting agriculturists paid tributes to farmers who died during the agitation and also lit candles in their memory.

Farmers are protesting against the Farmers (Empowerment and Protection) Agreement of Price Assurance and Farm Services Act, 2020, the Farmers Produce Trade and Commerce (Promotion and Facilitation) Act, 2020, and The Essential Commodities (Amendment) Act, 2020.