Despite Talks, China Engaged In Provocative Action In Ladakh: Centre

The External Affairs Ministry said the Indian side was able to prevent attempts to unilaterally alter the status quo due to the timely 'defensive action', and asked China to 'discipline and control' their frontline troops. 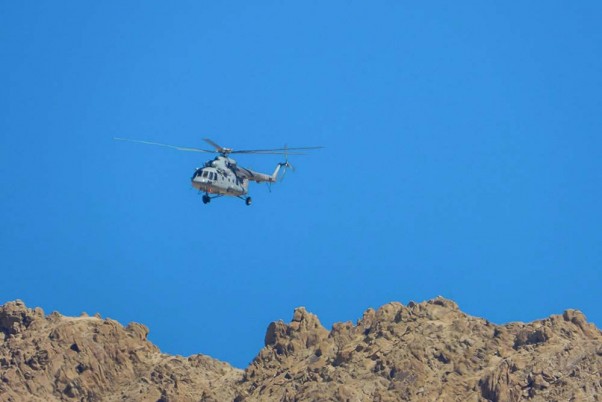 The External Affairs Ministry on Tuesday said China again engaged in "provocative action" even as their military talks were underway two days after the PLA made a bid to change the status quo in the South Bank area of Pangong lake in eastern Ladakh, calling the attempts a reflection of "complete disregard" to bilateral understandings.

External Affairs Ministry Spokesperson Anurag Srivastava said the Indian side was able to prevent these attempts to unilaterally alter the status quo due to the timely "defensive action", and asked China to "discipline and control" their frontline troops from undertaking such "provocative" actions.

He said the Chinese side violated previously agreed understanding and engaged in provocative military manoeuvres in the late night of August 29 and on August 30 in an attempt to change the status quo in the South Bank area. The attempt seen as China's bid to open a new front in the prolonged border standoff in a fresh confrontation was thwarted by the Indian troops.

"As stated yesterday by Indian Army, the Indian side responded to these provocative actions and took appropriate defensive measures along the LAC in order to safeguard our interests and defend the territorial integrity," he said.

"Furthermore, yesterday on August 31, even as the ground commanders of the two sides were in discussions to de-escalate the situation, the Chinese troops again engaged in provocative action. Due to the timely defensive action, the Indian side was able to prevent these attempts to unilaterally alter the status quo," he added.

China, meanwhile, claimed it has "not occupied an inch" of other country’s territory nor "provoked" a war in its 70-odd year history and its border troops never crossed the Line of Actual Control (LAC) with India.

Government sources said India will maintain its aggressive posturing in all sensitive areas along the LAC to effectively deal with any Chinese "misadventure".

Separately, the Brigade Commanders of Indian and Chinese armies held another round of talks in Chushul on the Indian side of the LAC in eastern Ladakh with a specific agenda to discuss the situation around the Pangong lake.

The sources said the meeting did not produce any concrete outcome, adding the Indian Army has further strengthened its position in several "strategic heights" around the South Bank of Pangong lake and it is in a much better position now to monitor Chinese activities in the area.

In his response to a media query on the situation, Srivastava referred to the telephonic conversation between foreign ministers of India and China as well as talks between Special Representatives of the two countries on the boundary question after the border row erupted.

At the talks, both sides had agreed that the situation should be handled in a responsible manner and either side should not take any provocative action or escalate matters, he recalled.

"The actions and behaviour of the Chinese side since earlier this year along the LAC has been in clear violation of the bilateral agreements and protocols concluded between the two countries to ensure peace and tranquility on the border," Srivastava said. He also said such actions are also in complete disregard to the understandings reached between the two foreign ministers as also the special representatives.

"We have taken up the matter of recent provocative and aggressive actions with Chinese side through both diplomatic and military channels and have urged them to discipline and control their frontline troops from undertaking such provocative actions," he added.

The MEA spokesperson said the Indian side is firmly committed to resolve all outstanding issues along the LAC in the Western Sector through peaceful dialogue.

"In this context, we expect the Chinese side to sincerely abide by the understanding reached earlier and earnestly work with India to resolve the situation and to restore peace and tranquility in the border areas," he said.

Following the Chinese attempts, the Indian Army has significantly strengthened its presence on a number of "strategic heights" around the Pangong lake besides further bolstering its presence in the area. A battalion of the Special Frontier Force was also deployed in the area.

It is learnt that Gen Naravane reviewed the overall situation in eastern Ladakh at a high-level meeting in the Army headquarters.

In Beijing, Chinese foreign ministry spokesperson Hua Chunying while responding to a question at a media briefing why there were mutual allegations of provocative moves, said, “The Indian side’s statements may be different from the Chinese (side) but there is only one truth and fact."

"Perhaps there are some communication issues. I think both sides should stick to facts and have goodwill to maintain the overall bilateral relations and take concrete measures to jointly safeguard peace and tranquility along the border,” she added.

Hua said that in "70 odd years since the founding of new China, China never provoked any war or conflict and never occupied an inch of other country’s territory," skirting any reference to the 1962 border war with India.

India and China have held several rounds of military and diplomatic-level talks in the last two-and-half months but no significant headway has been made for a resolution to the border row in eastern Ladakh.

Reacting to another question about the delay in disengagement of troops in eastern Ladakh despite diplomatic and military-level talks and India’s demand for restoration of status quo, Hua said, "on issues left over from history including boundary issues, China always believes in peaceful consultation to find a mutually acceptable solution.”

She also reiterated the Chinese military’s allegation that the Indian troops crossed the LAC on August 31 on the South Bank of Pangong Lake and near the Reqin mountain.

In a related development, Chinese Foreign Minister Wang Yi said the India-China boundary is yet to be demarcated due to which there will always be problems and the two countries should implement the consensuses between their leadership to not let differences from escalating into conflicts.

He also said China is ready to manage all issues through dialogue with India.

Wang, who is currently on a tour of Europe, made the remarks during an interaction at the French Institute of International Relations in Paris on Monday.