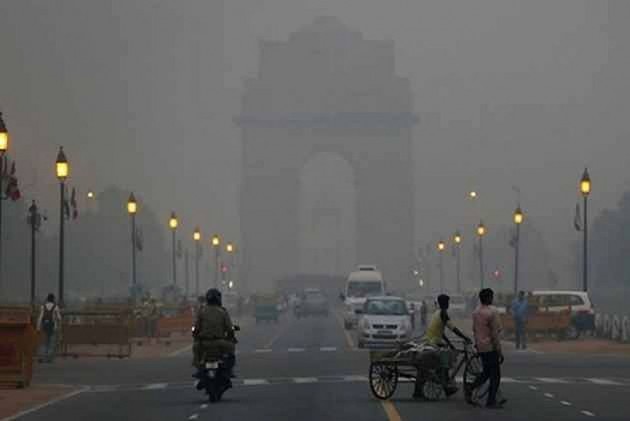 Haryana Deputy Chief Minister Dushyant Chautala on Friday expressed concerns over the poor 'air quality' in the national capital region and said the blame game will not help.

Stating that Delhi and Haryana governments need to work together to resolve the issue, Chautala said: "I have seen the condition of Delhi. It is not good. The condition in Gurugram, Panipat is equally bad."

"We should work together to deal with this issue. A single state cannot be held responsible for this," Chautala told media persons here.

"Today, there was a fire in the dump yards of Delhi. Who is responsible for that? If they will keep on playing this blame game, then we will never be able to address a problem like air pollution," Deputy Chief Minister Chautala.

Delhi Chief Minister Arvind Kejriwal has held Punjab and Haryana responsible for rising air pollution in the national capital and has asked the Central and state governments to give specific deadlines, by when they will put a stop on stubble burning.

The environment body stated that the air quality in Delhi NCR is now at the severe-plus level and has become 'hazardous' and will have adverse health impacts on all particularly the children.

It also prohibited construction activities in Delhi-NCR till the morning of November 5.The stubble fire percentage contribution of Delhi's air quality which has touched the season's highest share of 35 per cent on October 30 is predicted to be 27 per cent for today and 25 per cent on November 1.

In the wake of pollution, Kejriwal had in September announced the third season of the odd-even vehicle scheme will come into effect for 12 days starting November 4 in Delhi. The Delhi schools will also remain closed till November 5.