The Stalin-led DMK has already announced former Tamil Nadu Additional Advocate General P Wilson and M Shanmugam, the general secretary of its trade union wing, the Labour Progressive Front, as its candidates for the July 18 polls. 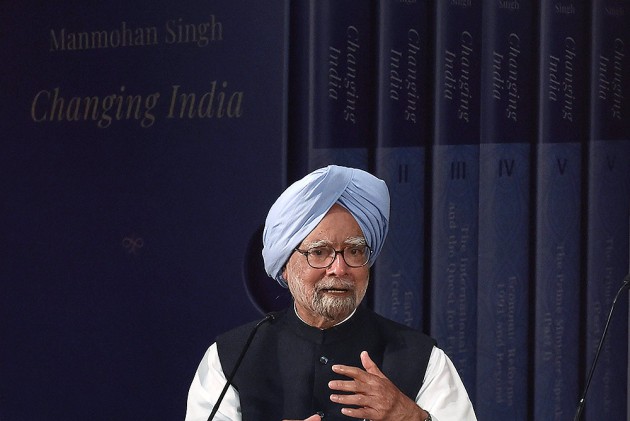 Former Prime Minister Manmohan Singh's renomination to the Rajya Sabha has hit a roadblock after the Congress and its ally DMK failed to broker a deal to get him a seat from Tamil Nadu.

According to NDTV, the Congress party is now banking on Rajasthan to get the former prime minister elected to the Upper House. The grand old party was earlier thinking of naming him as one of the candidates in the two vacant seats in Gujarat if elections took place simultaneously.

Quoting sources, the news channel reported: "The reasons for the DMK's change of heart was that neither of the Congress's top two, Rahul Gandhi or his mother Sonia Gandhi, directly approached Mr Stalin."

However, the Supreme Court had rejected the Congress plea for simultaneous polls in the two Rajya Sabha seats after they fell vacant upon the election of Smriti Irani and Amit Shah to the Lok Sabha in the recently concluded General Elections.

The DMK and AIADMK have enough seats in the Assembly to win 3 seats each of the total six in the state.

While the AIADMK has 123 members including the speaker, the DMK has 100 MLAs, its allies the Congress and IUML seven and one seats respectively in the 234-member House.