Home  »  Website  »  National  »  A Day After ED Questioning, Its Business As Usual For Farooq Abdullah

A Day After ED Questioning, Its Business As Usual For Farooq Abdullah 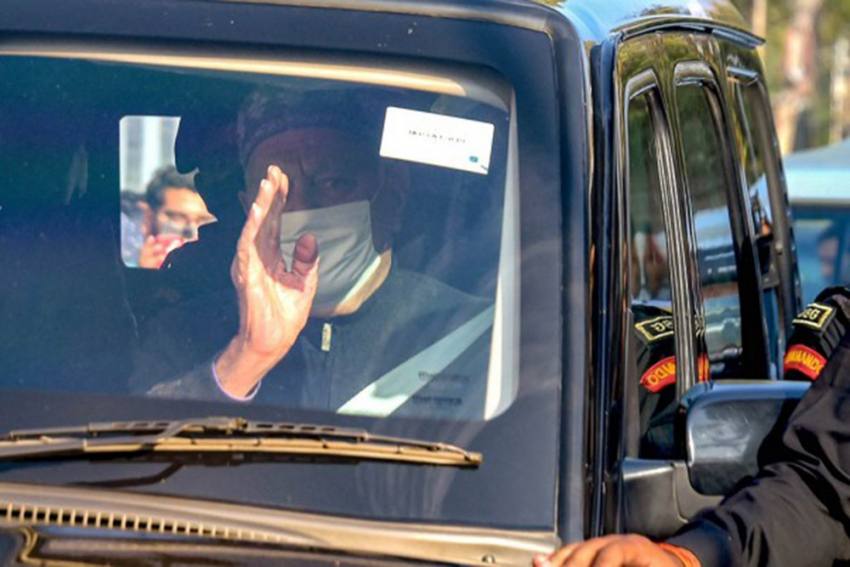 National Conference president Farooq Abdullah after being questined by the Enforcement Directorate (ED) in Srinagar on Wednesday.
PTI
Naseer Ganai 2020-10-22T16:15:45+05:30 A Day After ED Questioning, Its Business As Usual For Farooq Abdullah

A day after he was questioned by the Enforcement Directorate, National Conference president on Thursday chaired a meeting of the district development board here to indicate that he is unfazed by frequent summons and questioning. Farooq Abdullah, who is MP from Srinagar constituency, chaired a meeting at mini-secretariat Ganderbal. Srinagar constituency is spread over three districts of the Valley, Srinagar, Ganderbal and Budgam.

Farooq Abdullah was questioned by the ED on Monday and Wednesday, when he turned 84. And a day later he was seen chairing a meeting of officials at Ganderbal.

National Conference spokesman Imran Nabi Dar said Dr Abdullah as an MP has a constitutional right to review development board meetings and as NC president he has every right to raise and articulate political concerns of people of Jammu and Kashmir. Dar says today’s board meeting was scheduled earlier.

On Monday, after being questioned by the ED over the Jammu Kashmir Cricket Academy scam, the National Conference president said his resolve to restore Article 370 would continue even if “Farooq Abdullah have to be hanged.”

Last week, Gupkar signatories formed an alliance at Farooq Abdullah's residence called Political Alliance for Gupkar Declaration. The alliance said it will fight for restoration of Article 370 and resolution of Kashmir dispute.

The JKCA scam surfaced in 2012 when the police registered an FIR against former treasurer of the JKCA, Ahsan Mirza, and the former general secretary Saleem Khan charging them with criminal breach of trust and criminal conspiracy. The charges against them were of diverting Rs 43.69 crore, received from BCCI as a subsidy, to three different accounts opened in the name of the JKCA by its officials. That time the NC chief was JKCA president.

The JKCA is getting subsidies from the BCCI annually. The accounts were opened in the name of the JKCA in Jammu and Kashmir Bank and the BCCI funds were diverted to these “bogus” accounts and subsequently siphoned off.

In September 2015, Jammu and Kashmir High Court transferred the case to CBI for probe while indicting Jammu and Kashmir police for failing to carry out an investigation. Later in 2018, the CBI filed a charge sheet before the chief judicial magistrate, Srinagar, against four accused persons, including Farooq Abdullah who was accused of criminal breach of trust.