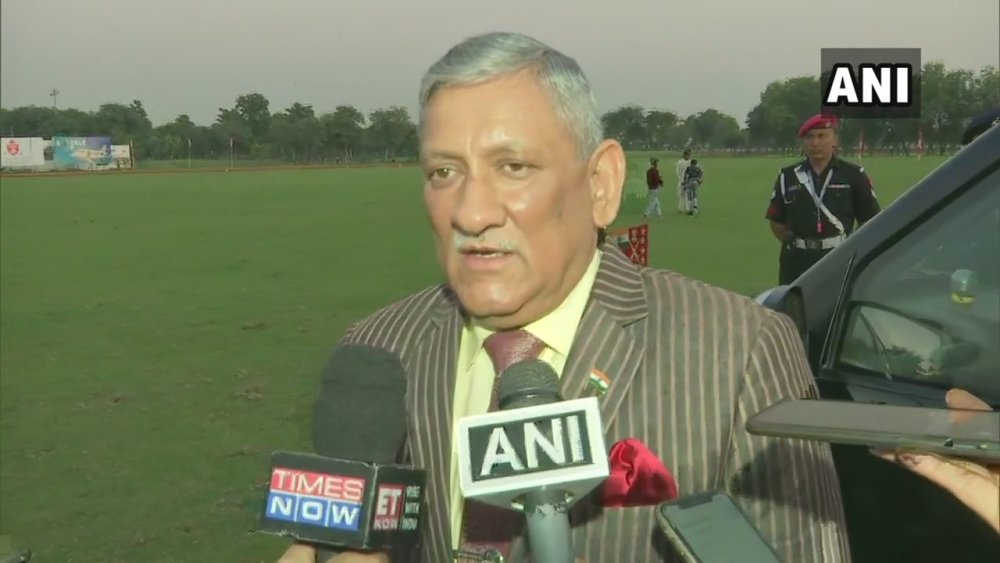 The Indian army, in retaliatory action, used artillery guns to target three terror camps in Pakistan occupied Kashmir (PoK) and killed 6-10 of its soldiers, Chief of the Army Staff General Bipin Rawat said on Sunday evening. "Terrorist camps opposite Tangdhar sector have been destroyed," he said.

"Of late, we had information that terrorists are coming closer to camps in the forward areas. In the last 1 month, we have seen repeated attempts from different sectors to infiltrate terrorists," he told news agency ANI.

Rawat said that Pakistan had last evening attempted to push terrorists in the Tanghdar sector which was met with retaliation by Indian forces. "Pakistan carried out firing in which we did suffer but before they could make another infiltration bid, Indian army targetted the terror camps," he was quoted as saying by ANI.

He further added that Pakistan had been trying to disturb peace and harmony in Jammu and Kashmir ever since the abrogation of Article 370.

Rawat also said that "obviously, there is somebody who is working behind the scenes at the behest of terrorists, and agencies.

"Some of them are within and some outside the country in Pakistan and PoK, who are trying to disrupt the peaceful atmosphere," he said.