Game Over For BCCI Or Are They Confident That They Can Pull Off Another Round Of Bout With Lodha Panel?

When the SC pronounces judgment on January 2, the only option left for BCCI is to prove that Article 19 has been infringed 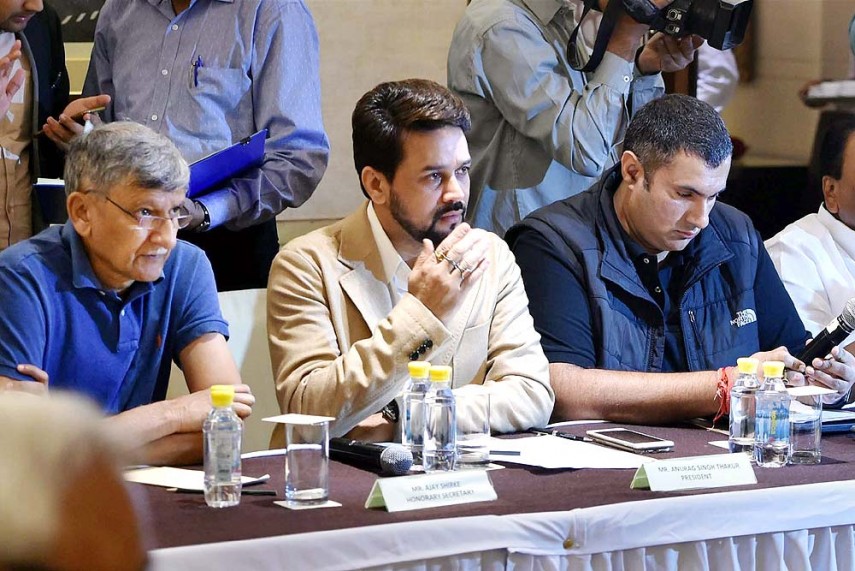 Court cases in India drag on for decades; in some cases people have died but their cases have gone on.

Experts cite the fodder scam case as an example, involving former Bihar Chief Minister Lalu Prasad Yadav. The case is still going while the wily politician is out on bail, with his sentence being suspended for the moment. Similarly, there is no guarantee that the BCCI case would end in the New Year, even after the reserved order is delivered -- possibly, on January 2.

The Supreme Court on December 15 reserved its order, in a case that pertained to the IPL betting-fixing scandal of 2013. The court had constituted the three-member Lodha Committee to suggest quantum of punishment for those found guilty and also suggest measures to reform the BCCI. Since then, it has been a battle of attrition between the BCCI and the Lodha Committee.

Some lawyers are of the opinion that the BCCI still has the option to appeal for a larger bench to hear its case – a five-judge constitutional bench. But a senior lawyer who has also been a Member of Parliament says that option looks weak at the moment.

“The final judgement has already been delivered. For a case to go to a five-member constitutional bench, there has to be a breach of constitution, like Article 19 [Right to Association] that has been discussed during the course of hearings in this case. If the BCCI comes out [convincingly] with a case of infringement of this Article, it can be further discussed. However, it looks difficult,” the lawyer told Outlook.

Interestingly, Chief Justice TS Thakur, who headed the two-member bench that delivered the landmark judgement on July 18, retires on January 3. Several people claim that the BCCI has been waiting for the change of guard, though the Chief Justice Thakur would be delivering the order before he leaves.

Some people feel that the change of guard at the Supreme Court could well be to the advantage of the BCCI and its mandarins, though it is not explained how that can happen.

Irrespective of whatever happens now, ‘wickets’ within the BCCI general body have started tumbling. Mumbai Cricket Association (MCA) president Sharad Pawar has resigned from the post. There should be no surprises if some more follow Pawar when the Supreme Court pronounces the order early next month.

Pawar resigned after the Supreme Court once again, on December 15, upheld the Lodha Committee recommendations for reforms in the BCCI, and dismissed the Board’s review and curative petitions, thus sticking to its own judgement of July 18.

Apart from overall changes within the BCCI, its president Anurag Thakur -- and possibly Ratnakar Shetty (General Manager-Operations) too – faces perjury and contempt of court charges for misleading the court through an affidavit filed over his consultation with ICC chairman Shahshank Manohar over a technicality. That move angered the court.

Manohar has since replied to the Lodha Committee and that letter has been placed before the Supreme Court, making the court angry. Anurag Thakur had asked Manohar to issue a letter, saying that the appointment of a nominee of the CAG on the BCCI’s Apex Council might amount to “governmental interference”. Manohar declined to give that letter, thusweakening Anurag Thakur’s affidavit.

At the same time, some officials of the BCCI say, though “off-the-record”, that with a more prudent approach, things could have been sorted out amicably, only if the Board officials had sat across the table and discussed the reforms with the Lodha Committee.

These officials, who don’t agree with the line the BCCI chose to take, say if that had happened it was possible that the Lodha Committee might have diluted some of its recommendations and a global embarrassment for the BCCI would have been avoided.

The BCCI now seems to be paying the price for choosing to opt for the confrontational approach.

“After the Board got a bad publicity around the world, it would be wise if its officials desist from confronting the Supreme Court further and quietly accepted its orders. It will be in the interest of all,” the official said as an advice to the BCCI.

Earlier, the BCCI had “unanimously rejected” certain recommendations made by the three-member Lodha Committee and accepted some with modifications at a special general meeting held on October 1. The changes the BCCI is still resisting include one-state-one-vote provision for all the Indian states, and an age cap of 70 years for all officials, both within the BCCI and its affiliates. The Board has given up on some other objections it had initially raised over the Lodha Committee recommendations.

The BCCI then promptly informed the Lodha Committee of the decision of the general body. The Board said that after its secretary Ajay Shirke proposed the ‘new BCCI constitution’ before the house and Anurag Thakur seconded it, the house discussed the amendments and “unanimously rejected” them.

Following that, the Lodha Committee filed a third status report with the Supreme Court, seeking the following directions from the court:

1.      Direct and declare that all office-bearers of the BCCI and the state associations who are disqualified…cease to hold office forthwith;

2.      Direct that all administrative and management matters be carried out by the CEO of the BCCI without advertence to the office-bearers;

3.      Appointment of Mr G.K. Pillai, former Union Home Secretary as Observer of the BCCI to supervise the administration of the BCCI by the CEO and empower the Committee to appoint all necessary secretarial staff, assistance and fix remuneration as may be determined appropriate.

The BCCI has objected to Pillai’s appointment and the court, while reserving order on December 15, seemed inclined to install a panel to oversee the BCCI administration and bring about the reforms that the Board has been resisting.

We shall know that most probably on January 2.