Home  »  Website  »  National  » Opinion  »  From The Ludic To The Ludicrous
Opinion

From The Ludic To The Ludicrous

To enter into Nandy’s works is to encounter a mind that is not only deeply thoughtful but also forever engaged with the suppleness and play of ideas. 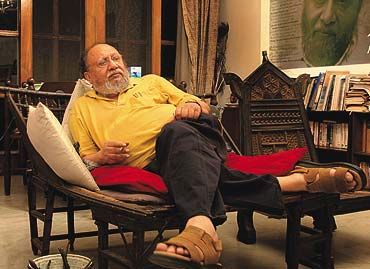 The Jaipur Literary Festival is known to stir controversy. So is Ashis Nandy, often celebrated as India’s most arresting and provocative thinker. For well over three decades, Nandy has been in the business, shall we say, of unsettling received ideas, controverting the most established opinions, and deploying the tactics of a street fighter against institutionalized forms of knowledge. He scandalized many in India who view themselves as progressive when, in the mid-1980s, he published ‘An Anti-Secularist Manifesto’, though it is no exaggeration to say that the substance of his critique of secularism has now become part of the new commonsense of informed scholarship.

Appearing in this year’s edition of the Jaipur Literary Festival, one should have expected that Nandy would come up with one of his startlingly fresh insights –– more so when the discussion at a panel in which he was participating veered towards corruption, a matter which has greatly agitated the country, particularly its middle classes, since at least the time Anna Hazare launched his movement to deliver India from this menace. The fact that Anna Hazare, however well intentioned he might be, is nearly clueless, and that the popular movement which he initiated generated, in intellectual terms, little more than platitudes made Nandy’s remarks seem all the more radical and even incomprehensible.

Commencing his remarks with the critical observation that he was going to make a ‘vulgar statement’, Nandy added: ‘It is a fact that most of the corrupt come from the OBCs, the Scheduled Castes, and now increasingly the Scheduled Tribes. And as long as this is the case, the Indian Republic will survive.’ Not surprisingly, the first line alone has been replayed in the media over and over again. Nandy’s fellow panellist, the TV journalist Ashutosh, immediately pilloried him as a representative of ‘elitist India’, characterizing his remarks as ‘the most bizarre statement’ he had ever heard ‘in this country’. Mayawati has called for Nandy’s arrest, and a FIR has been lodged against him under the Schedules Castes and Scheduled Tribes (Prevention of Atrocities) Act. In Patna, members of organizations of SCs and STs marched from the High Court to Dak Bungalow Square, where they burnt an effigy of Nandy.

It is, of course, a feature of our times that attentive reading of texts and the work of interpretation are seen as luxuries that can be ill afforded when the country is thirsting for ‘change’, ‘fast’ track courts, and the speedy resolution of complex social issues. The dedicated do-good activist types, in particular, are generally without humour and find irony a hindrance to whatever noble cause they wish to espouse. Nandy had not spoken in a vacuum: preceding him as a speaker, Tehelka’s editor Tarun Tejpal had argued that ‘corruption’ should be recognized as a strategy by means of which the poor and the marginalized, operating in a hierarchical society with deeply encrusted forms of oppression, are able to enter into the public domain and do precisely what the upper castes have been doing for centuries, namely leveraging their power and privileges to advance their own interests. The most eminent sociologist of the previous generation, the late M. N. Srinivas, would perhaps not have balked at the suggestion that this might be viewed as a form of what he called ‘Sanskritization’, the emulation of the upper castes by lower castes on a trajectory of upward social mobility.

It is these ideas with which Nandy was signifying his agreement, adding his own inimitable touch to the discussion. Scholars have long been familiar with debates about text vs. context, and critics of Nandy might reasonably argue that he should have known that his remarks would be, as is commonly said, ‘taken out of context’. Moreover, the most insistent Indian tradition of intellectual argumentation insists that one’s reasoning should anticipate, and account for, objections to one’s argument. But, to understand Nandy, we can even do without the context: not only was he showing self-reflexivity in prefacing his remarks with the observation that he was going to make a ‘vulgar statement’, he delivers a resounding defence of how the Dalits and the poor have mobilized electoral democracy with the suggestion that the resort to corruption by the OBCs, SCs, and STs ensures that ‘the Indian Republic will survive.’

We need not even enter into the other nuances of Nandy’s argument, such as the proposition that the corruption of the rich and powerful is largely invisible. Having lagged behind for generations, the poor and the deprived will certainly have to be ‘more’ corrupt if they are to make inroads into India’s political system. There are, however, more critical questions at stake here. How did we come to have such fragile sensibilities? What kind of intellectual culture do we seek? Should we be party to the epidemic of apologies that has swept the West and insist that Nandy take back everything he has said? Nandy’s fellow Bengali, the writer Nirad Chaudhuri, dedicated his autobiography to the memory of the British Empire in India since Pax Britannica shaped ‘all that was good and living within us’. Should we have insisted that Chaudhuri apologize to the nation for implicitly denigrating the nationalist movement?

To enter into Nandy’s works is to encounter a mind that is not only deeply thoughtful but also forever engaged with the suppleness and play of ideas. It is the ludic or playful element in Nandy’s work, which seldom leaves him satisfied with the certitudes of received intellectual opinion, that easily distinguishes him from his intellectual contemporaries. The tragedy of if it is that, judging from the shallow and profoundly unreflective response to Nandy’s provocations, we have moved from the ludic to the ludicrous.

Vinay Lal is a writer and professor of history at the University of California, Los Angeles (UCLA)

The Legacy Of The Silk Road