Valay Singh's Book Ayodhya: City of Faith, City of Discord tells the complex story of a city holy to many faiths—Hinduism, Buddhism, Islam and Jainism and traces its history. 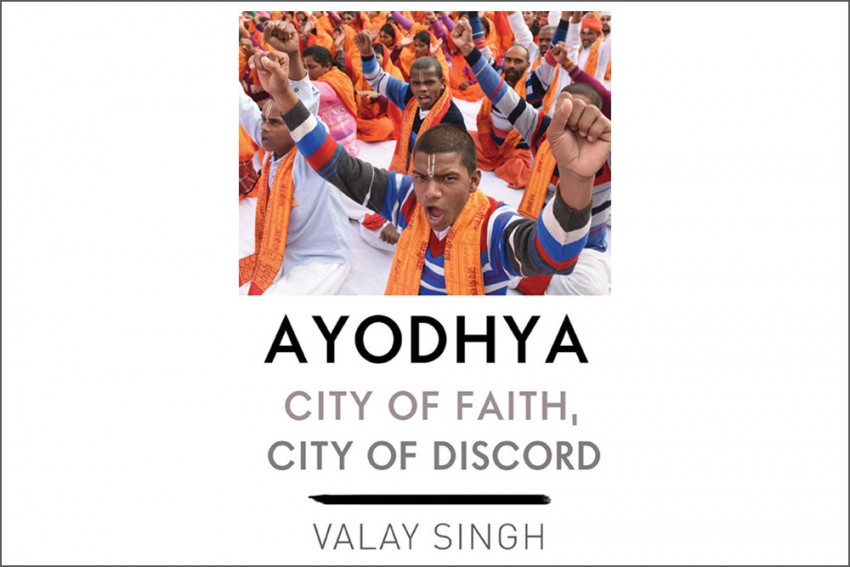 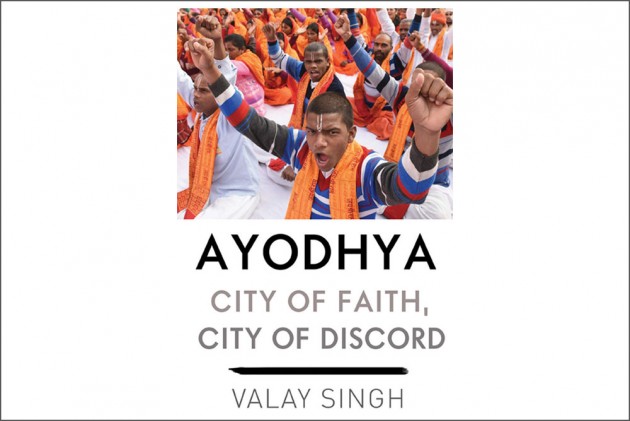 Valay Singh's Book Ayodhya: City of Faith, City of Discord is a biography of a sleepy city in northern India, which has been a place of reverence for many faiths for millennia, but has also been a place of violence and bloodshed.

In this book, the author tells the complex story of a city holy to many faiths—Hinduism, Buddhism, Islam and Jainism and traces its history, showing its transformation from being an insignificant outpost to a place sought out by kings, fakirs, renouncers and reformers. It also seeks to bring together the developments after India’s Independence in 1947 that were responsible for launching Ayodhya to centre stage in Indian politics and the political imagination.

The book is a balanced chronicle of faith, fanaticism and the war between secularism and religious fundamentalism in a key battleground in modern India.

PARTITION, COMMUNALISM AND THE BRITISH

Although the rift between the fringe elements of Hindus and Muslims was not a British creation, the diffusion of communal hatred in colonial India was aided and abetted by British policy and practice. The conflicts over Hindi and Urdu, cow slaughter, and later, separate electorates, suited the British, as in their assessment these would prevent the repetition of the 1857 revolt and help them maintain their stranglehold on India. They had never really forgotten the lessons from the revolt and it continued to shape their policies, ultimately resulting in the partition of the subcontinent on religious lines.

Unlike Banaras and Kanpur, two major cities of the United Provinces, Ayodhya experienced very little communal violence in the decades after 1857 and until 1934, when a major conflagration over cow slaughter took place across towns in Awadh and UP. The last violent conflict over a place of worship in Ayodhya was the 1855 Hanumangarhi conflict. In 1934, it was once again the Bairagis of Hanumangarhi who attacked the Babri Masjid over rumours of cow slaughter in a nearby village. But this time, the colonial police took prompt action, chased off the Bairagis and later imposed fines on the Hindus of Ayodhya to pay for repairs to the damaged domes of the mosque. The bricks used in the repair work were made in a kiln that was owned by the family of Haji Mehboob, a prominent Muslim landlord in Ayodhya and a vocal opponent of the VHP.

Two years later in 1936, the British governor of the United Provinces enacted the Muslim Waqf Act. The Babri Masjid and the surrounding graveyard were recorded as the property of the Sunni Central Waqf Board. The Ram Chabutra, which had been erected after 1855, continued to remain open to worship by Hindus. Soon after, Shias alleged that the mosque was a Shia property erected by Mir Baqi, a Shia in the service of Emperor Babur. The claim was investigated and dismissed and the Babri Masjid was declared a Sunni Waqf property in the official gazette of February 1944.

No objection to this was raised by either the mahants of the adjacent Janamsthan temple or by the Bairagis of Hanumangarhi who had attacked the mosque in 1934. But the Shia Central Board went to court against this order in 1945. Their claim was again dismissed in an open court on 23 March 1946 by Faizabad’s civil judge, Akhtar Ahsan. (In 2017, the UP Shia Waqf Board petitioned the Supreme Court of India challenging this order. Their appeal remained pending at the time of writing this book.)

The same day that the Shia claim was dismissed in 1946, the Cabinet Mission arrived in Bombay to devise an early settlement of India’s independence. The mission comprised three cabinet ministers of the British government—Lord Pethick-Lawrence, Sir Stafford Cripps and A. V. Alexander. Their task was to get both the Congress and the Muslim League to agree to the plan of a united India with states grouped together on religious and cultural lines. But with the Congress opposed to any such grouping of states and the Muslim League adamant on separate states for Muslims, the Cabinet Mission failed miserably in its task.

The Muslim League raised the threat of Hindu domination if the separate state of Pakistan was not granted to Muslims and declared 16 August 1946 as Direct Action Day. Bengal, the only province where the Muslim League was in power, witnessed large-scale riots. The worst of them took place in Calcutta, its capital, and the massacre of Hindus and Muslims that took place there is now remembered as the ‘Great Calcutta Killings’. In its wake, the possibility of a united India died too, and the secular elements in the Congress, including Jawaharlal Nehru, were to remain helpless observers as communal frenzy engulfed large parts of western, northern and eastern India.

If communal frenzy in the lead up to Partition had spared Ayodhya it was because the Muslim population had dwindled considerably since 1857. Over the last hundred years it had slowly transformed into a Ramanandi centre. Its graveyards, though still existing, were not used as much as before. By the time of Independence in 1947, Ayodhya’s Ramanandi takeover was absolute. Ramanandi Vaishnavism had originated and survived through its ability to assimilate and co-opt the ‘good practices’ of other sects and religions, be it the socially liberal approach towards caste or the replication of the akhara system of Shaivas. After the subsectarian dispute between Ramanujis and Ramanandis was over, the Ramanandis had all but muddled the distinction between themselves and the self-acclaimed ‘purer’ Ramanujis. Following the lead of Bhagavadacharya, other Ramanandis too had started affixing ‘acharya’ after their names. Their largest temple, the Hanumangarhi, was firmly established and attracted the highest number of pilgrims. The Ram Chabutra outside the Babri Masjid, believed to mark the exact place of Ram’s birth, also drew a large number of pilgrims, as did other Rasik centres like Kanak Bhavan and Dashrath Mahal or the Bara Sthan. A string of temples like Kaushalya Bhavan and the Janamsthan Mandir (located near the Babri Masjid) also fell on the pilgrim’s path but were in no way a match for the Hanumangarhi or even the temple of Devkali, the reigning goddess of Ayodhya. The Ramanujis were confined to the edge of the sacred boundary of Ayodhya at Vibhishan Kund. Asharfi Bhavan, Uttar Totadri Peeth, Shri Venkatesh temple and a temple built by a Rana queen of Nepal were some of the Ramanuji establishments that formed the community. The boundary remains marked by the temple of Mattgajendra (Mangenda in the local dialect).