Sao Paulo's state government press office said a fine — equivalent to about $110 — would be imposed for violation of a rule that has required masks in public places since May 2020. 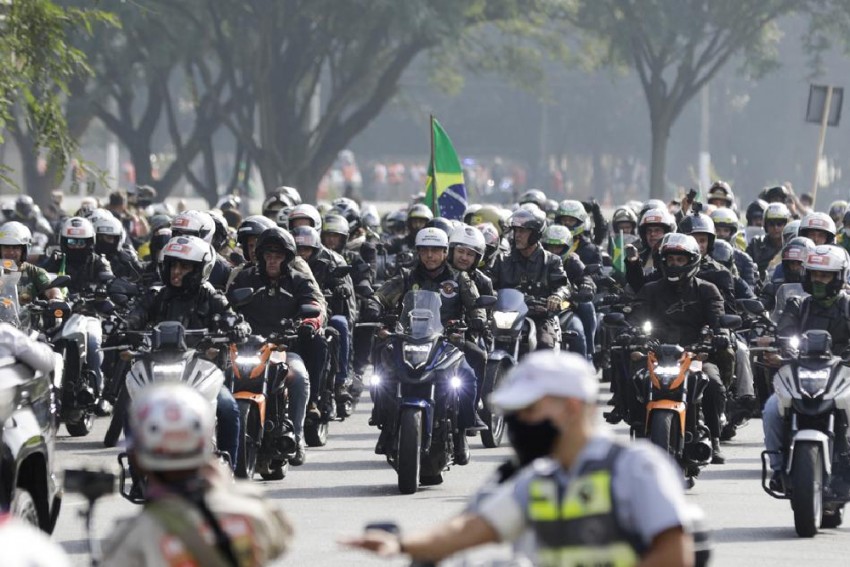 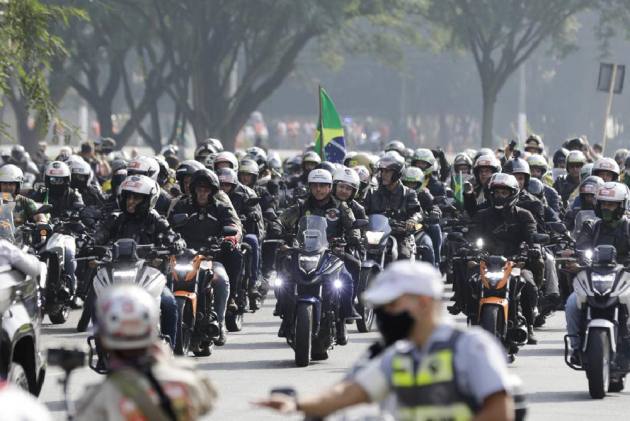 Brazil's President Jair Bolsonaro led a throng of motorcyclist supporters through the streets of Sao Paulo on Saturday — and got hit with a fine for failure to wear a mask, in violation of local pandemic restrictions.

The conservative president waved to the crowd from his motorcycle and later from atop a sound truck, where helmeted but largely maskless backers cheered and chanted as he insisted that masks were useless for those already vaccinated — an assertion disputed by most public health experts.

Sao Paulo's state government press office said a fine — equivalent to about $110 — would be imposed for violation of a rule that has required masks in public places since May 2020.

Bolsonaro's office did not immediately respond to a request for comment.

The procession of cyclists wound out of the city and back, arriving at Ibirapuera Park, where the president clambered atop a car to defend his denunciation of masks for the vaccinated.

“Whoever is against this proposal is because they don't believe in science, because if they are vaccinated, there is no way the virus can be transmitted,” he said.

Vaccines are designed chiefly to protect recipients from getting sick, not necessarily from being infected. While studies show many vaccines reduce viral load, and likely spread, not all varieties have been fully studied.

The U.S. Centers for Disease Control and Prevention says, “The risk for SARS-CoV-2 infection in fully vaccinated people cannot be completely eliminated as long as there is continued community transmission of the virus.”

Less than 12% of Brazil's population so far has received both doses of a COVID-19 vaccine, according to the Ministry of Health, and many Brazilian experts say masks can only be abandoned after the majority of the population has been vaccinated.

Bolsonaro also was fined for failure to wear a mask during a rally with supporters in May in the northeastern state of Maranhao.

Governors of that state and Sao Paulo have been feuding with Bolsonaro over their restrictive measures to stifle the spread of the coronavirus.

‘Intense Negotiations But We Are Making Progress’: EU On Iran Nuclear Talks