Christian Michel James, the alleged middleman in the Rs 3600 crore AgustaWestland helicopter deal, arrived in New Delhi after being extradited to India from Dubai. 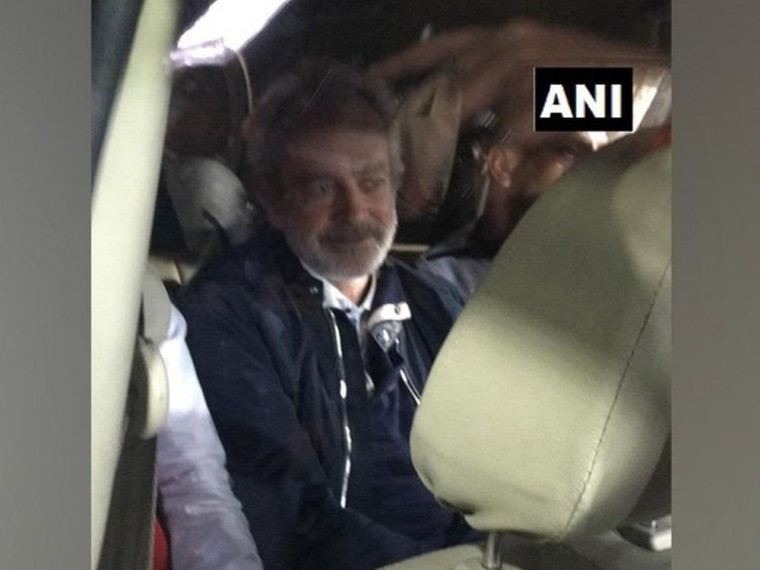 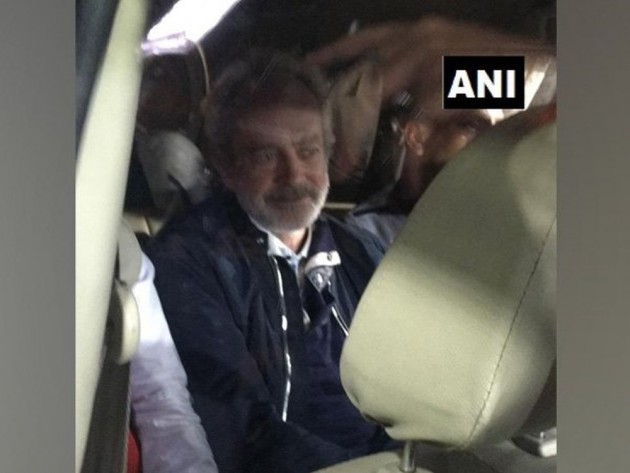 Christian Michel James, the alleged middleman in AgustaWestland helicopter deal, was on Tuesday extradited to New Delhi from Dubai.

The extradition comes as a major boost to the Indian agencies investigating the bribery angle in the contract.

The Central Bureau of Investigation (CBI) took James, 57, under its custody as soon as he arrived at the Indira Gandhi International Airport here around 11 p.m in a special aircraft, accompanied by a team of CBI, Research and Analysis Wing (RAW) and Ministry of External Affairs officials.

Christian Michel, the alleged middleman in the Rs 3600 crore AgustaWestland helicopter deal, arrived in New Delhi after being extradited to India from Dubaihttps://t.co/NZiazPfzWu pic.twitter.com/eQSJufma07

Once the immigration process was over at the airport, James went through a medical examination in the presence of customs and other officials.

Subsequently, he was escorted by a Delhi Police team to the CBI headquarters in south Delhi's Lodhi Road area for interrogation over his alleged role in the purchase of 12 AW-101 VVIP choppers from AgustaWestland.

James would be confronted with documents recovered during raids by the Swiss authorities and shared with the CBI through Letters Rogatory (LRs) -- documents used for making request through a foreign court to obtain information from specified person/s within the jurisdiction of that court -- indicating the bribes paid by James to the Indian authorities for securing the contract for the supply of VVIP helicopters.

James, who had been avoiding criminal proceedings in India, is likely to be presented at a special CBI court in Delhi's Patiala House court on Wednesday afternoon.

The operation code-named 'Unicorn' was carried out under the guidance of National Security Advisor Ajit Doval and being coordinated by interim CBI Director M Nageswar Rao, the CBI spokesperson said.

A team of the agency's officers led by Joint Director Sai Manohar was in Dubai to bring him back, it said.

The agency said that Michel has been brought back to India after completion of the extradition process.

The UAE government had cleared the extradition of 57-year-old Michel after his appeal against the move was turned down by a court.

His alleged involvement in the chopper deal surfaced in 2012 as a middleman for swinging the deal in favour of AgustaWestland and for making illegal payment of commissions or kickbacks to the Indian authorities, CBI spokesperson Abhishek Dayal said.

Michel was wanted for investigation but he escaped and had avoided joining the probe, he said.

A charge sheet was filed against him in September last year.

On the basis of this warrant, a Red Corner Notice was issued by the Interpol which led to his arrest in Dubai in February 2017, he said.

It was not immediately clear whether Michel would be kept in a safe house or in the CBI headquarters itself for the night before being produced in a court.

"Michel, who has been avoiding criminal proceedings in India in the AgustaWestland case, is being extradited by the UAE authorities to India.

"Under the guidance of Ajit Doval, the National Security Advisor (NSA), the entire operation is being coordinated by the in-charge Director of CBI, M Nageswara Rao," he said.

Michel was behind bars in Dubai since he was arrested and sent to custody pending the legal and judicial procedure in the UAE.

The Dubai Court of Cassation had earlier dismissed the two objections filed by Michel's lawyers and upheld the appellate court's decision to consider the possibility of extraditing him to the competent Indian authorities.

It was alleged that he had entered into a criminal conspiracy with co-accused persons, which included the then IAF chief SP Tyagi and his family members, and the public servants had abused their official positions by reducing service ceiling of the VVIPs helicopter from 6,000 metres to 4,500 metres.

The reduction in ceiling made AgustaWestland eligible for contract worth 556.262 million Euros, which was awarded to it by the Defence Ministry on February 08, 2010, for procurement of 12 VVIP helicopters.

He has been alleged to be a "historical consultant" of the AgustaWestland helicopters in the UK with technical operational knowledge of the aircraft, the military bases and the pilots, the CBI spokesperson said in a statement.

Michel worked with the company since the 1980s and before that his father had also been a consultant of the company for the Indian territory, the statement said.

He was allegedly a frequent visitor to India and was operating as a middleman for defence procurement through a wide network of sources cultivated in the IAF and the Defence Ministry at different levels, including through retired and serving IAF officials, the agency said.

Michel allegedly shared the information collected from the IAF and the ministry with his associates, who used to transmit the despatches through fax to other counterparts sitting in Italy and Switzerland, the CBI said.

"...He was updating and informing the management of Finmeccanica and AgustaWestland, namely Giuseppe Orsi and Bruno Spagnolini and others, about his efforts in India for securing supply contract of VVIP Helicopters," the statement said.

In July 2006, AgustaWestland's commercial manager Renzo Lunardi had proposed that Michel will join other middlemen Ralph Guido Haschke and Carlo Gerosa in carrying out "scouting and monitoring activities" with regard to the acquisition of helicopters in India, keeping in view of his "knowledge of Indian military operational mechanism", it said.

During that meeting in Italy, they had negotiated a comprehensive fee equal to 7 per cent of the supply contract amount to cover the expenses and their payments.

Michel allegedly entered into 12 contracts through two of his firms -- London-based Global Trade and Commerce and Dubai-based Global Services FZE -- with Finmeccanica to camouflage and legitimise the alleged bribe received by him for clinching the deal, the CBI said.