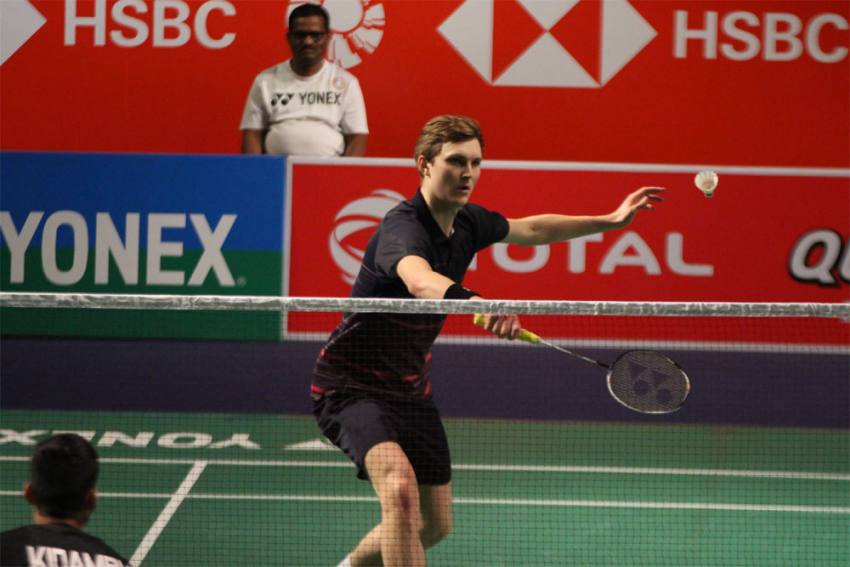 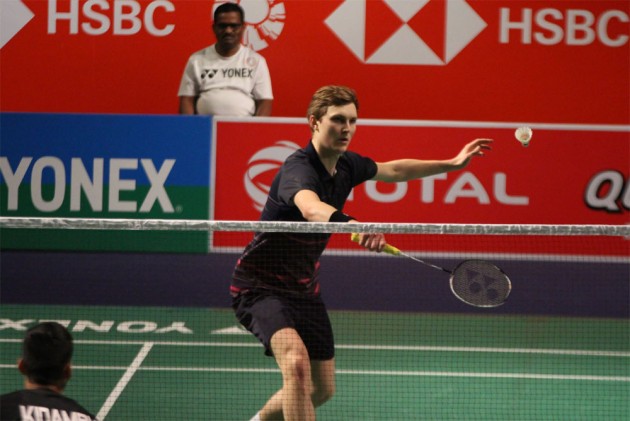 World No. 1 Chen Yufei and defending men's singles champion Viktor Axelsen will lead the draw as the 10th edition of the Yonex-Sunrise India Open is all set to be held at the KD Jadhav Indoor Hall of Indira Gandhi International Stadium, Delhi from March 24-29, 2020. (More Badminton News)

With the Olympic qualification cut-off set to end on April 26, the USD 400,000 event will see a galaxy of stars descending at the Indian capital, making the upcoming edition of the Super 500 event one of the best ever.

Yufei will be leading eight of the world’s top 10 women’s singles shuttlers with the others being Akane Yamaguchi, He Bingjiao, Carolina Marin, An Se Young, Michelle Li, three-time champion Ratchanok Intanon and India’s very own world champion PV Sindhu, besides former World No. 1 Saina Nehwal.

Among the men, while Axelsen will be gunning for his third title, he will have to contend with fellow top-10 players, Sai Praneeth and 2018 winner Shi Yuqi. 2012 champion and former World No. 1 Son Wan Ho will be another of the star shuttlers vying for the title. Three-time world junior champion Kunlavut Vitidsarn, who reached the Barcelona Spain Masters final this month, will be one of the young guns capable of causing an upset.

Speaking about the tournament, BAI President Himanta Biswa Sarma said, “Olympic qualification being the top priority, the competition this time is expected to be at a very high level. This will be a unique opportunity for badminton enthusiasts to see the best players live in action and I urge fans not to miss it and come and watch the action live.”

For India’s 2015 champions Saina Nehwal and Kidambi Srikanth, the tournament will be crucial as they look to bag some valuable ranking points and materialize their Tokyo Olympic dreams. 2014 Commonwealth Games gold medallist Parupalli Kashyap, HS Prannoy, Sourabh Verma, Sameer Verma and Lakshya Sen are the other Indian shuttlers who will be showing their fireworks in the singles main draw.

For the 2017 champion Sindhu, the tournament will be the perfect battleground to test herself against the world’s best in her quest for the Olympic gold she missed at Rio the last time. With the draw having the planet’s best shuttler, Chen Yufei, who began the season with the Malaysia Masters title, Sindhu is expected to put up a flawless show in front of the home audience.

The tournament will also give the biggest stars a chance to improve their ranking and, in turn, better their seeding at Tokyo – something the likes of Yamaguchi, Intanon, Marin will be hoping to do.

“This will be the last major tournament before the Olympic qualification period ends. With the top stars missing out on some of the big tournaments this year, the Yonex-Sunrise India Open has become a most sought-after tournament guaranteed to get the best of action. I wish all the players a great tournament in Delhi,” said Ajay K Singhania, Organising Secretary & Hony. General Secretary of BAI.

In doubles, all eyes will be on Thailand Open champions Satwiksairaj Rankireddy and Chirag Shetty, who are currently ranked 10th and are almost certain of making the trip to Tokyo. Both of them oozed brilliance for their respective teams at the just-concluded fifth edition of the Premier Badminton League and will look to bring that confidence in a heavily-stacked draw that has seven men’s doubles pairs from the world’s top 10, led by World No. 4 Takeshi Kamura and Keigo Sonoda.

The Indian pairs of Satwiksairaj Rankireddy-Ashwini Ponnappa and Pranaav Jerry Chopra-Sikki Reddy need to show their best form in a mixed doubles field that sees the World No. 1 combine of Zheng Si Wei and Huang Ya Qiong leading 9 top-10 teams.

The women’s doubles section too is packed with eight top-10 teams where Sikki and Ashwini will be the Indian team looking to leave their mark.