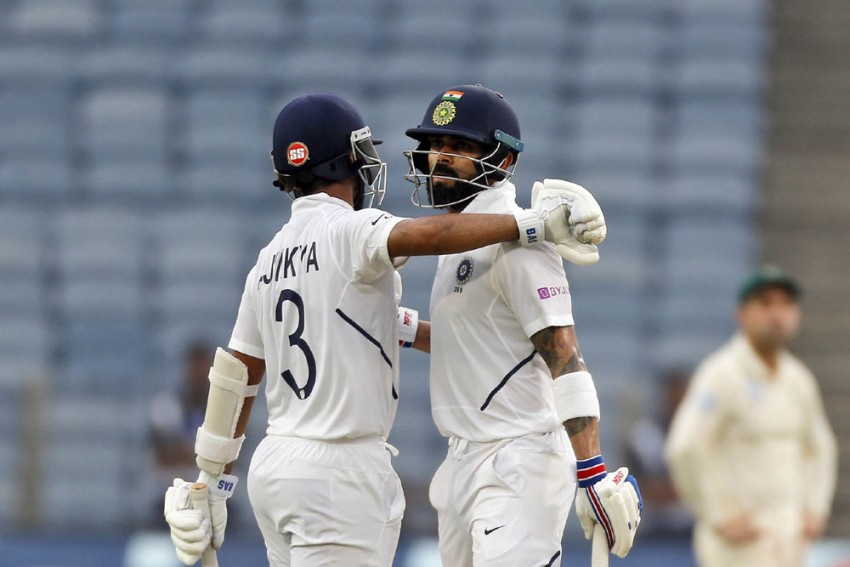 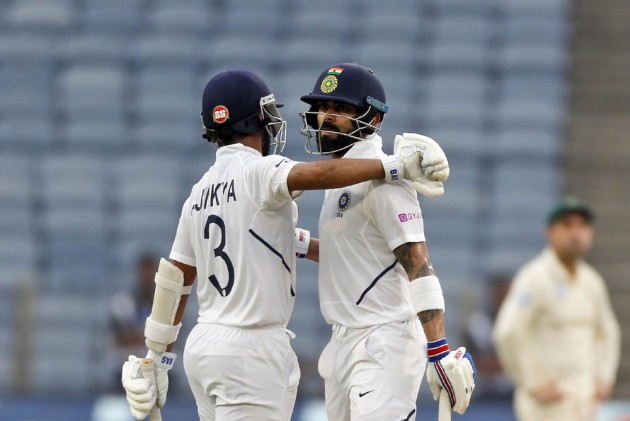 Indian captain Virat Kohli on Friday remained static at the top of the ICC Test player ranking for batsmen with his deputy Ajinkya Rahane moving up a place to eighth. (More Cricket News)

At sixth place with 791 points, Cheteshwar Pujara was one of three Indians in the top-10. Rahane has 759 points.

With 794 points, pacer Jasprit Bumrah was the top-ranked Indian bowler at sixth place, while Ravichandran Ashwin was placed eighth with Mohammed Shami completing the top-10.

Ravindra Jadeja was occupying the third place in the all-rounder's list with 438 points.

Sri Lanka's Angelo Mathews is back among the top 20 batsmen after helping his side to a 10-wicket win in Harare to take a 1-0 lead in the two-Test series against Zimbabwe.

In the latest rankings, which also includes the Port Elizabeth Test, which England won by an innings and 53 runs to go 2-1 ahead in the four-Test series, Mathews has advanced eight places to reach 16th position after his unbeaten 200.

The former Sri Lanka captain's best ranking was third, achieved in August 2014, while he has also been among the top 10 among batsmen in ODIs.

Other Sri Lanka batsmen to progress in the rankings are Kusal Mendis (30th to 26th) and Dhananjaya de Silva (39th to 37th) while Suranga Lakmal (26th to 22nd) and Lahiru Kumara (32nd to 30th) have moved up the list for bowlers.

For Zimbabwe, Sikandar Raza has advanced seven places and is now ranked 72nd among bowlers.

England's Ollie Pope, Player of the Match for his unbeaten 135 in Port Elizabeth, has moved up 52 slots to 61st place while Sam Curran and Dom Sibley have advanced four slots each to reach 64th and 76th positions, respectively.

Ben Stokes has equalled his career-best second ranking among all-rounders after his knock of 120. He has moved back to the spot he had occupied in August last year while he is presently ranked 10th among batsmen and 29th among bowlers.

Off-spinner Dominic Bess's five-wicket haul in the first innings has lifted him 49 places to 62nd, while Curran, Jack Leach and Stuart Broad have gained one slot each in the bowlers' list.