Playing their final I-League season, Mohun Bagan, who will compete in the Indian Super League from 2020-21 as a merged team with ATK, are now unbeaten from nine matches 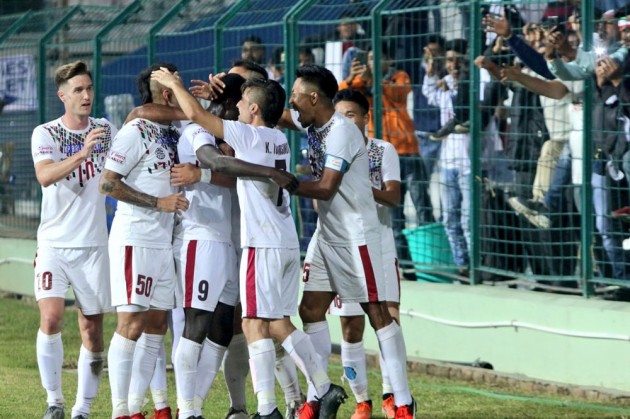 Senegalese forward Baba Diawara struck the winning header in the 42nd minute to seal their eighth win from nine matches. The Kolkata outfit is now nine points clear of Punjab FC with 26 points from 11 matches.

Playing their final I-League season, Mohun Bagan, who will compete in the Indian Super League from 2020-21 as a merged team with ATK, are now unbeaten from nine matches.

It was Dhanachandra Singh who initiated the winning goal from a long throw-in which was headed in to the top left corner by Diawara.

Seven minutes later, the visitors got a golden chance to draw level but Dipanda Dicka's strike ballooned over the bar from inside the box.

Bagan scored again at the hour mark when Fran Morante found the net from close range off a freekick from Joseba Beitia. But much to the displeasure of the home fans, the goal was disallowed by the referee calling it an offside, even as the linesman did not bring up the flag initially.

But Beitia could have scored one for himself if the Real Sociedad youth product did not fluff two chances from point-blank range.

Mohun Bagan had another chance with 15 minutes left on the clock when VP Suhair missed the target narrowly.