Dangmei Grace, who made her debut for the senior Indian team in 2013, said that racism should not exist in a civilised society 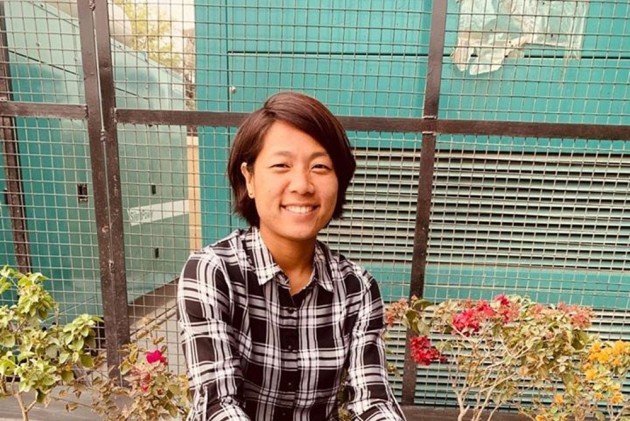 Indian woman footballer Dangmei Grace from Manipur, who was adjudged the Emerging Player of 2019 by the All India Football Federation (AIFF), said racism should not exist in a civilised society. Grace admitted of being at the receiving end number of times whenever she is travelling in different places of the country. (More Football News)

“It’s pretty hurtful to get bullied as Chinki, Chinese or Nepali… we are Indians and we belong to Manipur. This is painful. This should not happen,” Grace tells Outlook.

The 24-year old centre-forward, who made her debut for the senior Indian team in 2013, said that because of lack of awareness, racism and discrimination against the people of the northeast continue to take place.

READ: Not COVID-19, Racism Is A Virus That Knows No Cure And India Is A Hotspot

“Yes, very unfortunate that it continues to happen. Even I have faced such bullies. Whenever going out for shopping or taking a walk in the street, very often a section of people would taunt at us. Sometimes I would reply them on their face that we are not from any other country but India. Hindi mei jawab deti hu ki humlog Manipur se hain (I reply in Hindi that we are from Manipur),” Grace said.

People from the northeast have been at the receiving end of racism. Even in the wake of the COVID-19 outbreak, students from northeastern states in New Delhi, Bangalore and Hyderabad among other cities, had to face discrimination because of their look.

“I think the people whoever thinks that we are from other countries, they need to think twice that we have the same language and same national anthem. So, instead of putting racism against the northeastern people, I think they should realise we all are same. This will be better for everyone,” she added.

Grace, who is at her hometown at Bishnupur due to the nation-wide lockdown, termed it lack of awareness.

“Proper education and yes, media and social media… through all means, we can bring a change in the right direction,” said reckoned.

Internationally acclaimed actor Adil Hussain, who hails from Assam, too reacted to the racism a few days back while interacting with his fans and followers on social media.

“Sad…heart wrenching to see when people from different parts of the country…quite a lot of people and incidents who discriminate against the people from northeast. Northeast hasn’t been really portrayed in the mainstream media, in films and television much. I will held Bollywood responsible and also myself responsible. The people who make films and series held responsible in the national level…I will hold them responsible for not representing those faces from northeast,” the ‘Life of Pi’ actor had said.

In the last few months, several cases of racism were reported from Delhi, Pune, Hyderabad and Bangalore where students or people in general from northeastern states were either bullied or barred from entering to shopping complexes.