IPL has a brand valuation of 6.8 billion US dollars and is among the top five leagues in the world in terms of revenue from global broadcasting rights 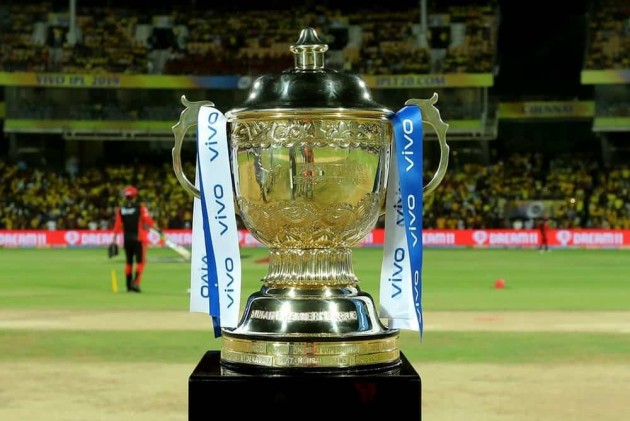 It looks like the Indian Premier League (IPL) will finally be taking place this year, with the past two months consisting of continuous speculation of it being cancelled. Although, it remains to be seen what the International Cricket Council (ICC) will decide regarding the T20 World Cup, which is scheduled for October.

According to a TOI report, BCCI president Sourav Ganguly has written a letter to the state association. The letter elucidates that the board will come with a decision soon about the future course of action, although IPL could be hosted in empty stadiums due to its huge impact on revenue.

ALSO READ: OPINION | IPL Is Cricket's Biggest Laboratory, As A Coach Never Said No To Innovation

The letter stated, "The BCCI is working on all possible options to ensure that we are able to stage the IPL this year, even if it means playing the tournament in empty stadiums. The fans, franchisees, players, broadcasters, sponsors and all other stakeholders are keenly looking forward to the possibility of IPL being hosted this year."

It also stated that during the coronavirus lockdown, many players (both from India and abroad) participating in the tournament have shown their keen interest in playing this year too.

"We are optimistic and the BCCI will shortly decide on the future course of action on this," the letter added. The IPL's scheduling has also been affected by the yet-to-be finalised decision over the T20 World Cup, for which the ICC hasn't reached a decision yet.

The BCCI relies heavily on IPL for its yearly revenue, generating money from broadcasters, sponsors, tickets and other means. The tournament's brand value is Rs 47,500 crore (6.8 billion US dollars). If it doesn't take place, the Indian cricket board could face an estimated loss of Rs 5,000 crore.

In TV production cost, the Ganguly-led body could lose Rs 3,065 crore from broadcasters STAR, Rs 440 crore approximately of title sponsorship from VIVO, and around Rs 200 crores from other sponsors. The Indian cricket board also shares 50 per cent of its revenue with the franchises, with each team receiving Rs 200 crore and returning 20 per cent of their annual revenue respectively.

ALSO READ: OPINION | Corona Pandemic Has Made IPL Vulnerable Like Any Other Asset, It's Time To Make Right Moves

Also, according to the TOI report, standard operating procedures (SOPs) for the resumption of cricket in India have been finalised, but are waiting for approval. The SOPs are for the local level. In the letter, Ganguly also hinted at possible format changes in domestic cricket.

ALSO READ: IPL Brings Joy To Fans, It Has Only Made Team India Bigger: Sundar Raman

In the letter, Ganguly said, "Moving ahead, the BCCI is in the process of planning the domestic competitions for the next cricketing season. We are working on various formats and options in our endeavour to ensure that various domestic tournaments are held, they stay competitive and participation is feasible. The BCCI will come up with more details on this front over the next couple of weeks."

There is a high possibility of domestic cricket welcoming back the zonal system and a few tournaments getting cancelled, as revealed by a BCCI official in the report.