Home  »  Website  »  Sponsored  »  Aatmanirbhar In Defence: An Unconventional Will To Fight
Interview

Aatmanirbhar In Defence: An Unconventional Will To Fight 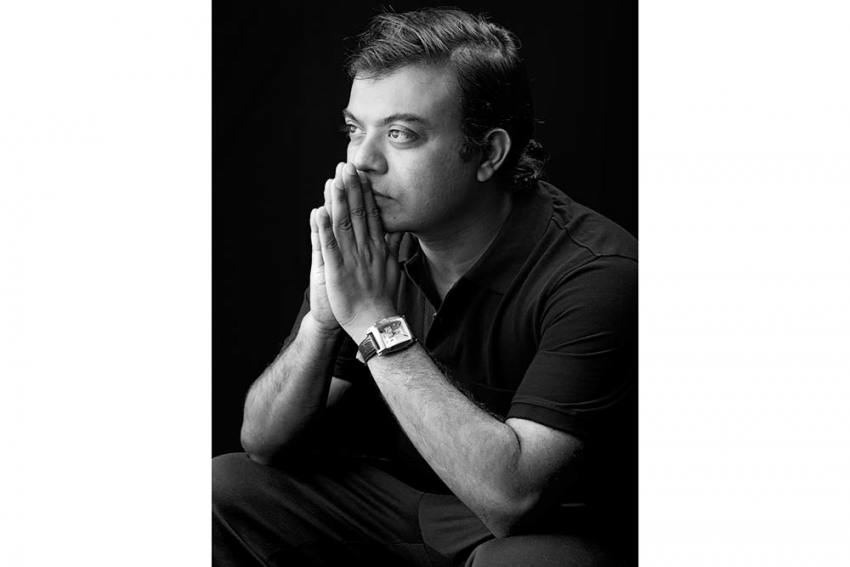 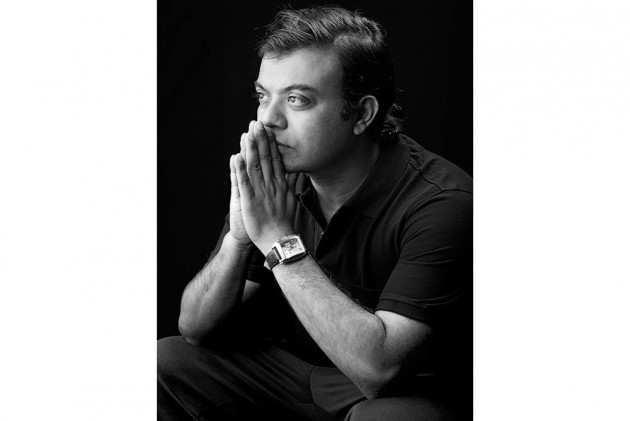 Jayaraghavendhar Ramamoorthy, Managing Director, Mwiven Infra Tech Pvt Ltd, a startup manufacturing intelligent missiles and advanced weapon platforms under the Make in India regime, is upbeat about the government’s Aatmanirbhar policy. Speaking to Arshi Khanam, he says this means “ an unconventional will to fight ” and to become self-sufficient in the defending the nation without losing its integrity.

The government has announced an embargo on the import of 101 defence items.. what are your views on this?

We have a more than 5 million personal in our Indian armed forces including active, reserve and paramilitary forces, which is more than the entire population of some countries. The challenge is to figure out how to get there at scale indigenously, because no international military industrial complex in the world can dedicatedly support a nation at such a scale of ours.  Aerospace and Defense sector is a fairly new domain for a lot of large private conglomerates,  and startups like us expected to have a clear direction. The challenge is to keep pace with changing global politics, end-user needs and regulatory compliance.

Second, the complexity in building a team of experts with experienced defense personnel who are used to the Indian landscape to design and develop products is strategically very important, as it is a long term investment for Indian companies and sustaining such a team without any support from the government becomes impossible.

This embargo is necessary for nation building today because, if Indian companies do not get an opportunity to learn and get nurtured then who else will give us a chance to prove our loyalty to this country . Moreover, it deals with the lives of people who are defending the nation, where failure is not an option.

India’s national security concerns are multi-dimensional wherein it demands a state of the art conventional capability while ensuring technology infusion to address the needs of urban combat. This challenge is best addressed by collaboration with experienced international players who have contemporary technology.  As a contribution to our country, We at MWIVEN have partnered with JSC “SRPC”, the only authorized designer and manufacturer of anti-tank systems in the Republic of Belarus, as part of the Make in India Initiative to manufacture these systems in India under a special permit (license). We also have a team from Russia that works with us on artificial intelligence and machine learning to help us develop autonomous systems, and we are working to add more multinational partners to our team to further expand our portfolio and offerings to become a true modern warfare technology development company. Defense Collaboration is imperative for the advancement of economy, safety and security of the nation. This help us to address complex deployment, integration challenges and opportunities available with latest technology. 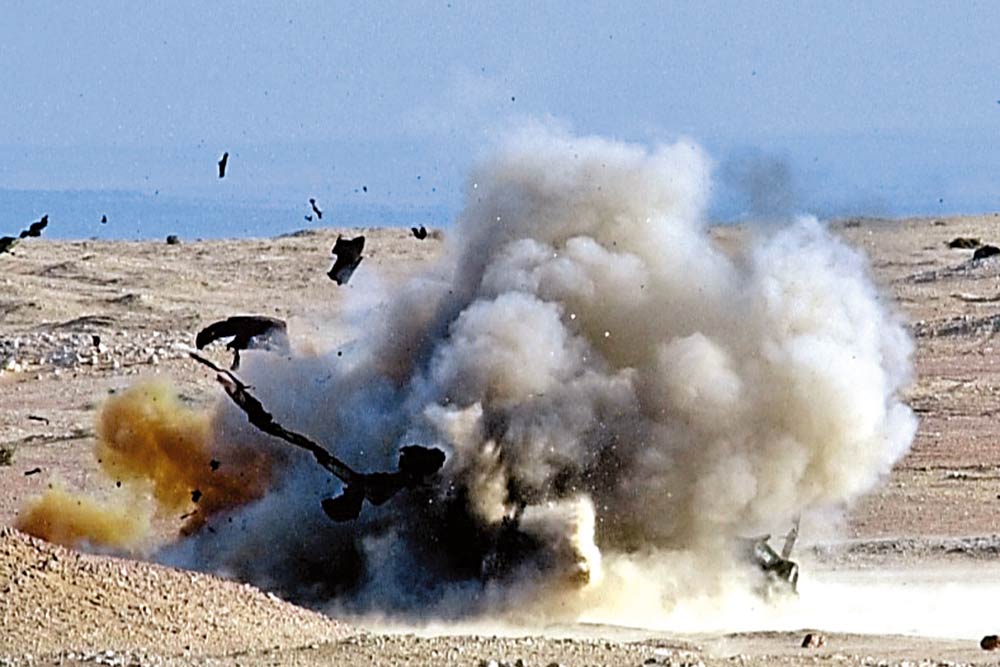 Why is building an indigenous defense technology ecosystem so important?

Modern warfare doctrine has moved from maneuver warfare which was about complex, synchronized movements of entire forces with high operational tempo to reach a decisive point. Today’s 6th generation military technology is about having a robust, globally interconnected network environment or net-centric approach as a means to disrupt the adversary’s existing combat operational observe-orient-decide-act loop 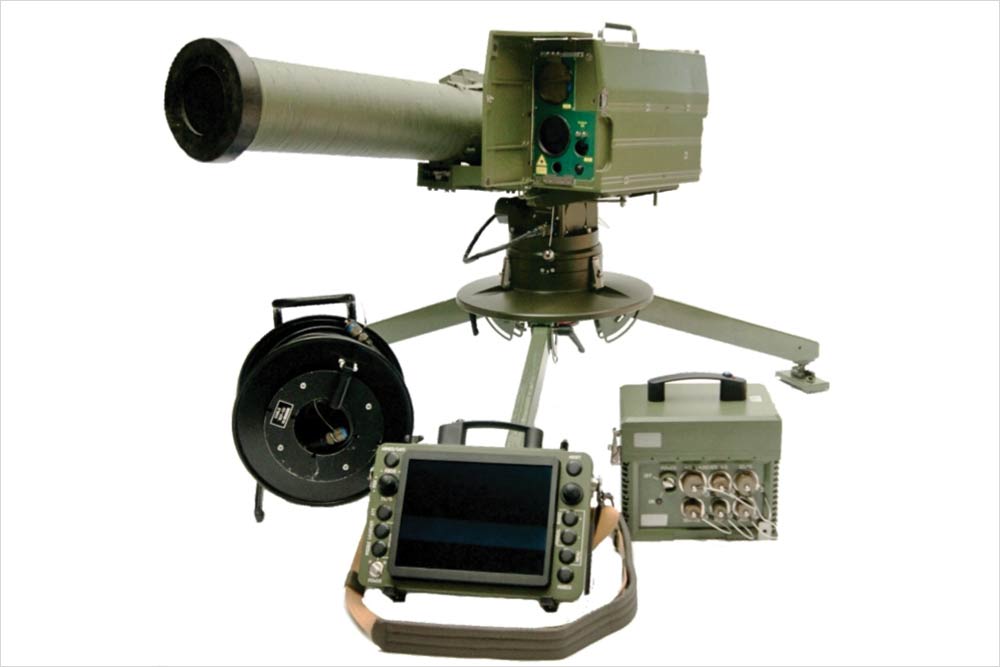 The future warfare will steadily move towards Swarm war doctrine or otherwise called the 7th generation military technology,   where the tactical battle ground will be small but deliberately structured and coordinated in a strategic way to strike from all directions, by means of a sustainable pulsing of force and/or fire with precision machine engagement that is totally automated using Artificial intelligence.  I personally believe that the only way to secure our future is by building autonomous tools and systems which help prevent loss of human lives and it is our collective responsibility as citizens to ensure it is done indigenously rather than constantly looking at the outside world to protect us.

What are your views on the general public perception today?

If there is one word which defines life today, it is cynicism. All its synonyms such as social fabric, economic structures, moral values, family moorings and everything that makes up the magic called life, is being questioned every day. We are not a simple biological human being driven by emotions anymore, but a bio-mechanical being that makes intelligent decisions based on collective data derived from perception-based digital algorithms or user driven content. But while we are brave enough to voice our opinions on the comment box, we seem to lack the courage to walk the talk. Strangely, our relationships have become small, dispersed, and interconnected by factors such as desperation, culture, revenge, ideology, economics and competence.

In general the perception has always been that only few people seem to be creating wealth, which benefits even fewer people, and there are no opportunities for young people to prove themselves and to build an identity. This perception leads to insurgency and terrorist activities in some cases, because they believe that cost of their life is going to make a difference,  where adversary organizations use this opportunity to create a leaderless resistance to disrupt and erode military affairs into police matters. This is an example of Swarm war doctrine. But the fact of the matter is that most of the experts opinion is that every insurgency today is a marketing campaign, and every terrorist act is a message and individuals are willing to sacrifice their lives to get that message out. Aatma nirbhar is one of the ways to give opportunity for young people to prove their self-worthiness which builds the nation rather than destructing it.

“The Internet is a prime example of how terrorists can behave in a truly transnational way; in response, States need to think and function in an equally transnational manner,” said Ban Ki-moon. former  Secretary-General of the United Nations. A report released by UNODC, 2012 and many experts such as Clifford Bob, James McClennon, Johnathan Matusitz assert that getting the message across to the larger audience such as the government, the general public and military at the same time is very expensive. But this message does not seem interesting to the general audience until some human lives are snuffed out. To test the above hypothesis, I tried to recall the names of the victims of a terrorist attack, especially the names of the children who got wounded or killed. I couldn’t remember them. I  did remember the organization which did such an horrible thing, but not the victims who had nothing to do with their cause nor their ideology.  The power of “collective responsibility with Individual accountability ” is often challenged by us every time our government, armed forces including the police, decide to stand up for us that can protect us and the country. 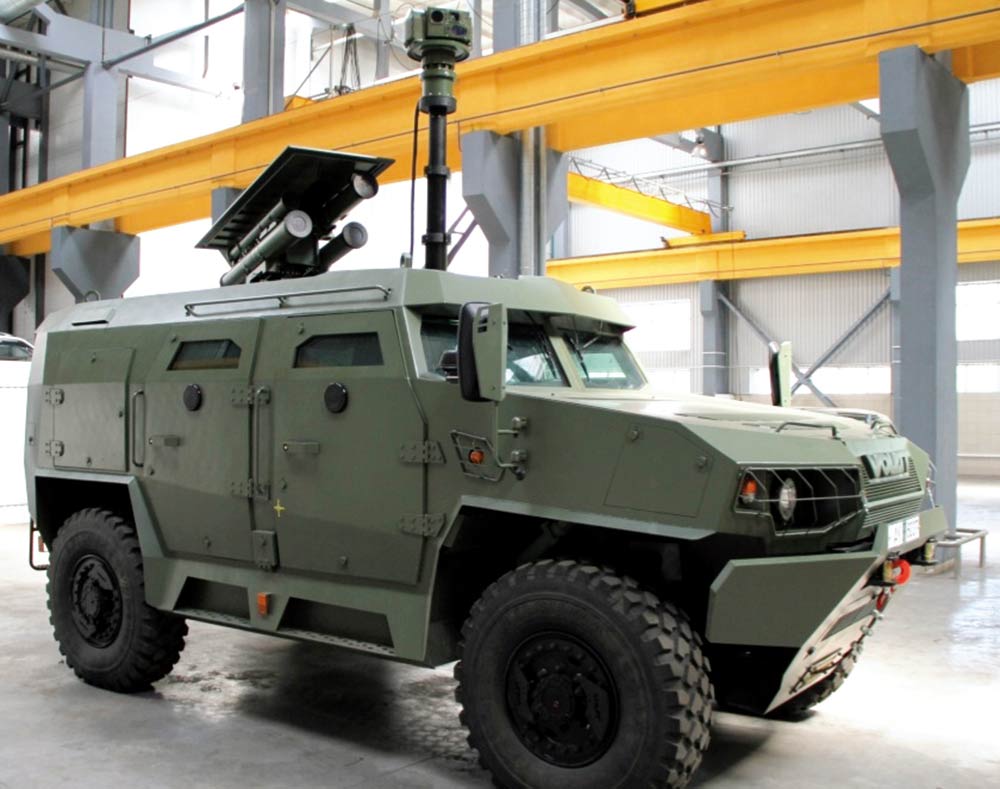 So how will you approach this challenge?

I totally understand that, me or my organization cannot solve the problem by ourselves. But accepting it as a fact of life and moving on by not doing anything is not me.

As part of our individual accountability towards this great nation, we accept the challenge on behalf our MAD bunch, and take up this task which is often perceived as impossible. We will slowly and steadily develop M-Mindset, A- Actions and D-deliver products and services which will make a difference. In order to achieve this, we have developed a digital approach to the value chain to address compliance and protection of our community at large. To be true my statement above and as an entrepreneur, I will soldier on by introducing a new cultural code in our organization, replacing the old conventional way of functioning such as having only experienced people who can deliver it. 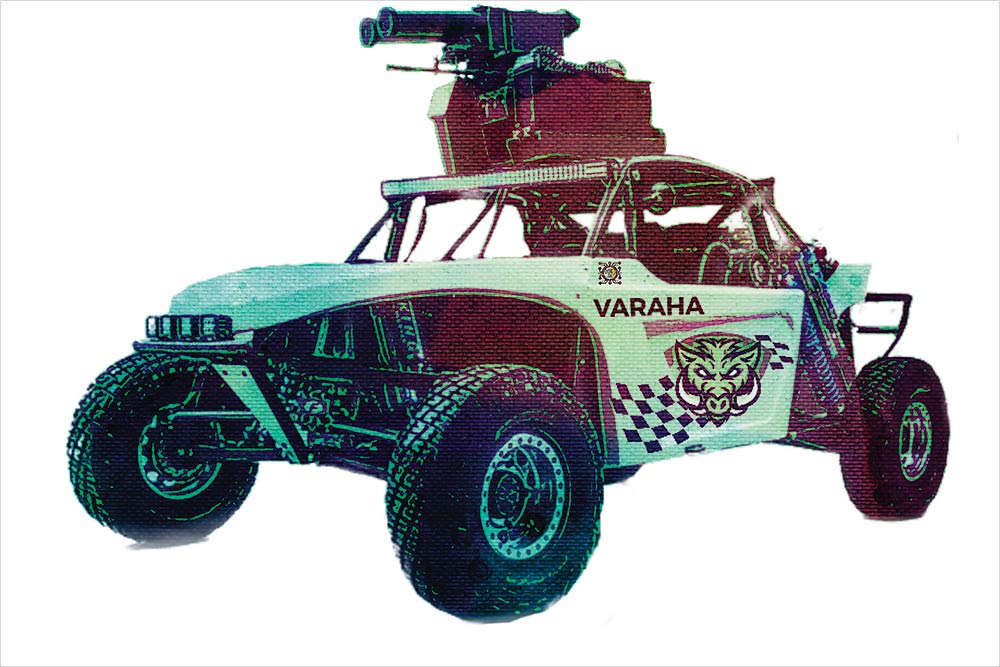 We will apply the 80/20 Pareto law of economics to our workforce, which means 80 percent of our workforce is going to be freshers/apprentices who have no work experience but have basic subject knowledge. The only requirement is that they should be willing to constantly learn and innovate. The remaining 20 percent will be experienced people who will drive them to become experienced. This is my individual accountability and commitment as an entrepreneur, and our collective responsibility as an organization is to build safety, share the vulnerability and establish the purpose.

Tell us something about Ground and Air X Technologies

Today wars and battles are fought metres away but coordinated miles apart, where the supporters, believers, non-believers and others coexist in the same community. This is what we call hybrid warfare.

We are building a lot of products in support of the Make In India Initiative. These include:

Varaha, our Cobotic Light Strike Vehicle built on Ground X technology, a fully autonomous, artificially intelligent electric vehicle specially built for urban battlefield scenarios. I am proud that this product is entirely developed and engineered in India with Anti-tank and Anti-personnel capability.

Phoenix: Our indigenous loitering munitions built on the Swarm Technology specifically designed and developed based on the requirements of our Indian armed forces.

You are also involved in the fight against Covid-19…

As per the National health policy 2017, the government of India has introduced a National digital health blueprint to create an eco-system and not a system, which is one of the missions of Aatmanirbhar initiative and as a social responsibility of our organization.

We wanted to develop a system which complements the upcoming ecosystem and without disturbing the principles of the health providers perspective, but enhance it by adding banking, e-prescription and over-the-kiosk medicine vending functionalities to it.

Our primary goal is to significantly (at least 10 times) reduce the burden on the current health care delivery system where it is practically impossible to admit everyone in a country like ours. We need a platform be deployed every where to provide health screening and vend medicines in an effective and efficient manner with zero human contact.

We take this opportunity to introduce Acesobot, a Primary Care platform for managing health using robotic technology developed by Iskandann Infra Private Limited. Acesobot is primarily focused on providing healthcare services from the patient’s perspective. It amalgamates EHR (Electronic Health Record), Tele-health services and a distributed banking platform to provide seamless healthcare related service to its users. It ensures the patient gets quality healthcare while keeping a record of their health for future use in one place and the machine instantly vends the medicines.

Make in India is a strategic imperative to become a global hub for defence manufacture. The two defence corridors announced for Tamil Nadu and Uttar Pradesh are aimed at boosting domestic defence production . India has the technology and the capability to manufacture modern weapons systems. If all stakeholders proactively support each other, we will soon be self-reliant. The need is to create and sustain such an environment.

The policy of “Aatmanirbhar” in the context of defence manufacture is a clarion call for self reliance . It is a bold and resolute initiative to address long-standing strategic and national security concerns to offset India’s external dependence for its defence-preparedness and operational sustainability. In fact it is an overarching effort to quantify the output in measurable terms that brings in a high degree of accountability of all the stake holders across the board. Success of the policy will however, largely depend on a calibrated generation of demand with greater visibility into the long-term integrated perspective plan that will contribute extensively in building a robust and self-reliant defence industry.