Home  »  Website  »  National  »  Congress Hits Out At Modi Govt Over Removal Of Alok Verma, Accuses It Of 'Systematic Dismantling Of CBI'

Congress Hits Out At Modi Govt Over Removal Of Alok Verma, Accuses It Of 'Systematic Dismantling Of CBI'

Congress chief spokesperson Randeep Surjewala said the Modi government has put the "last nail" in the independence of the CBI by removing Verma. 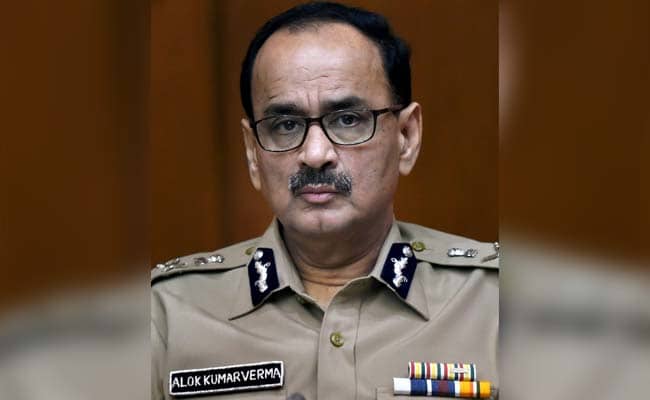 The Congress Wednesday accused Prime Minister Narendra Modi of interfering in the working of the CBI and wondered if its Director Alok Verma was "sacked" for his keenness to probe the "layers of corruption" in the Rafale scam.

Congress chief spokesperson Randeep Surjewala said the Modi government has put the "last nail" in the independence of the CBI by removing Verma.

“Systematic dismantling and denigrating of CBI is now complete. Once a premier investigating agency, PM ensures that CBI's integrity, credibility and reliability is 'buried and dead',” he wrote on Twitter.

“Has the CBI Director been sacked for his keenness to probe the layers of corruption in Rafale Scam? Isn't the rest a shoddy cover up? Let PM answer,” he said in another tweet.

Finance Minister Arun Jaitley, however, dismissed as "rubbish" allegations that Verma was removed because he wanted to look into the Rafale fighter jet deal.

He said the government's decision to remove Verma and Special Director Rakesh Asthana is based on the Central Vigilance Commission's recommendations.

The Congress on its official Twitter handle asked,  “Why has the government removed CBI Director Alok Verma of his charge and sealed his offices? Who are they protecting and what are they hiding?”

Congress leader Manish Tewari said according to the Lokpal Act and the Supreme Court judgment in the Jain Hawala case, the CBI director has a fixed tenure of two years.

“Government cannot curtail tenure/take interim measures without a meeting of Committee consisting of PM, CJI and leader of Opposition/single largest party,” he posted on Twitter.

"Officers are being removed in hordes and fascism prevails. Can't save the sinking  'Sultanate' by it. Modiji, why are you so scared of the Rafale probe?” he tweeted.

The Congress leader also termed the transfer of the agency's Deputy SP Ajay Bassi to Port Blair as “Saja-E-Kala paani by an autocratic Modi ji”.

“Illegality, interference and unconstitutionality of Modi government has hit a 'new low'. Speaking truth to power has become a crime under this dictatorial regime,” Surjewala tweeted.

The prime minister has demonstrated the true colour of his infamous 'Modi Made Gujarat Model' by “this cloak-and-dagger mugging” of the CBI, he alleged.

"PM Modi seeks to achieve surreptitiously and clandestinely what he can't do directly to sack the CBI Director. Habitual and perpetual misuse of CBI by Modi Government and BJP to tamper fair investigation of serious criminal cases is the reason for this unfathomable mess,” he alleged.