I Erase Hatred And Fear, I Am Congress, Tweets Rahul Gandhi Amid Row On 'Muslim Party' Remark

"I stand with the last person in the line. The exploited, marginalised and the persecuted. Their religion, caste or beliefs matter little to me." 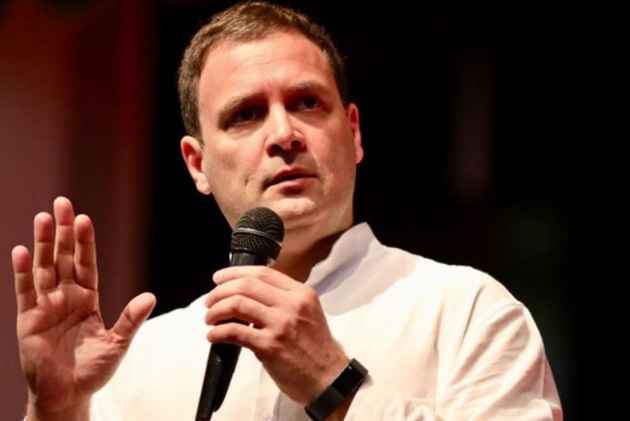 Rahul Gandhi today said the Congress stands with the persecuted and the "last person in the line" and seeks to erase "hatred and fear", breaking his silence on the controversy following a remark on the Congress being a "party for Muslims" attributed to him.

The Congress has dismissed the report in an Urdu daily as a "rumour" and asserted that it is a party of 132 crore Indians.

"I stand with the last person in the line. The exploited, marginalised and the persecuted. Their religion, caste or beliefs matter little to me.

"I seek out those in pain and embrace them. I erase hatred and fear. I love all living beings. I am the Congress," the Congress president said on Twitter.

Prime Minister Narendra Modi, while delivering a speech in Azamgarh over the weekend, also raised the issue, saying, "I read in the newspaper that the Congress president had said that Congress is a party of Muslims, and there has been discussion on this for the past two days."

"I am not surprised as when Manmohan Singh was PM, he had said that Muslims have the first right over natural resources,” he had said.

Gandhi's reported remark and Modi's dig at him sparked political fireworks yesterday with the BJP alleging its appeasement politics damaged the country and the rival party charging the BJP with trying to sow seeds of hatred and division to continue its rule.

The Congress also hit back at Modi for using the reported 'Muslim party' remark to take a jibe at the opposition party and said the BJP was the "new version of East India Company" that was allegedly trying to sow seeds of hatred and division in the country to continue its rule like the British.

The BJP has been seeking a clarification from Gandhi over the remarks.

Addressing a press conference at the BJP headquarters, senior party leader Prakash Javadekar had questioned the Congress president's silence over the issue and said he should come out in the open and clear his stand.

The Congress, he had said, stands exposed by its president's statement.

Congress' communications in-charge Randeep Surjewala has also clarified that the particular newspaper which had quoted Gandhi as having made the remark or its representative was not present at the meeting of the Muslim intellectuals with Gandhi.