The vision document says the party will work for the upliftment of ethnic, linguistic and religious minorities in the State and work for the peaceful and dignified return of Kashmiri Pandits to their homeland. 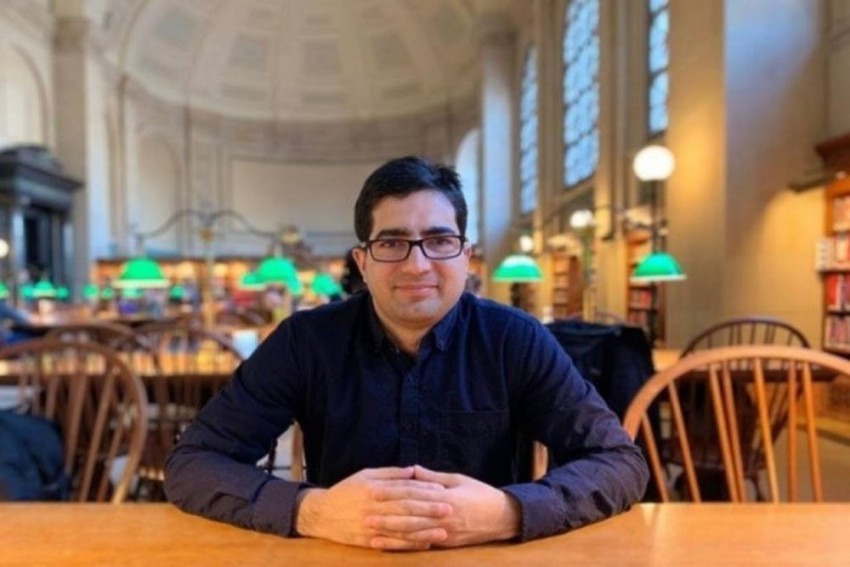 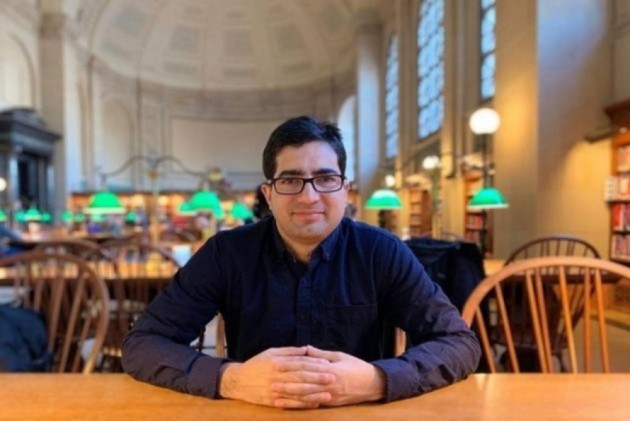 Hours before the launch of his party on Sunday,  IAS officer-turned-politician Shah Faesal released the vision document of his party that enlisted pursuing peaceful resolution of the Kashmir problem as per the will and aspirations of the people of J&K as the top-most objective of the party.

The vision document says it will work for sustainable peace in Jammu and Kashmir by making the people politically empowered, economically prosperous, socially emancipated, ethically evolved, culturally enlightened and environmentally conscious. It also says that the party will leverage the geo-strategic position of the state to make it the gateway to Central Asia -- a “Look Up-North” centre for the subcontinent.

“The party shall work towards reviving the centrality of Jammu and Kashmir to the ancient Silk Route civilization so that the state can re-emerge as a corridor of peace between various South Asian neighbours,” the document reads.

It also says the party will work for the upliftment of ethnic, linguistic and religious minorities in the state and work for the peaceful and dignified return of Kashmiri Pandits to their homeland.

“The party shall protect the special status of the state as per the existing Constitutional arrangement,” the document reads.

“The party shall work for securing equal rights and opportunities for women and their full participation in the collective social, cultural, economic and political life. The party shall work for the uplifting of the marginalized communities like Schedule Caste, Schedule Tribe, Gujjar, Bakerwal, Pahari, Dard-Shina, Balti, and various religious and ethnic minorities,” the document adds.

In 2010 Faesal created a history by becoming the first person from the state to top the UPSC. Faesal, who did his MBBS from Government Medical College Srinagar, cleared the examination in his first attempt. In 1982 Khurshid Ahmad Ganai from the Valley was the second topper in UPSC. Ganai is presently the Advisor to Governor Satya Pal Malik.

Born in 1983, in Sogam village of Lolab Valley in frontier Kupwara district, Faesal is the eldest child of Shah Ghulam Rasool. His father Shah Ghulam Rasool was working as government teacher. Faesal studied in government school Sogam along with younger brother Shahnawaz and his sister Shah Tilat.

After passing matric his father enrolled him in the Tyndyle Biscoe school, one of the top Christian missionary schools in Kashmir. He got distinction in higher secondary part I and II. He went on to study medicine after qualifying for the MBBS entrance examination in 2002. The same year his father Shah Ghulam Rasool was killed by suspected militants. That time Faesal was in Srinagar preparing for exams.

Some of his colleagues say as Director Education Kashmir in the PDP-BJP government his hands were tied when he tried to reform the educational system in the Valley. “I think it changed him and he realised as an officer you cannot do much,” says an official.

His last posting was MD of J&K State Power Development Corporation. He received the 2018 Fulbright-Nehru Master’s Fellowship at Harvard Kennedy School. At Harvard he met Kashmir columnist Mehboob Makhdomi and they jointly wrote an article for the Indian Express titled “A paradox in the Valley”. Later Faesal said about Mehboob Makhdomi: “Till recently I didn't like Mehboob Makhdoomi and he didn't like me. In Kashmir we don't need reasons to like or dislike people. So that's how it was with us. But then one day out of nowhere we had a conversation about Kashmir. This article is a result of that conversation."

"Our paths are different. We still don't agree with each other on many things. But that doesn't mean we don't talk. Politics will go on. Kashmiris need to talk to one another, meanwhile," he added.

Known for speaking out over issues, Faesal over the years has tweeted and written over a range of issues invoking criticism and applause from various sections, depending upon the  ideology bent of the audience.

In October 2017 he described the setting of a house of a PDP worker on fire by a mob as “dehumanizing influence of war” in Kashmir.

“The message from Catalonia is that you don't need to lose your humanity to win the fight for your political rights. But here in our part of the word, after three decades of turmoil it's getting difficult to figure out who is more zaalim - state, non-state or the people themselves.”

“If you have to look at the dehumanising influence of war and violence just look at the mob that had gone to burn the house of a retired headman who got killed and whose children had reportedly resisted the known unknown killers”, he wrote.

“The message is clear. Next time someone enters your home to kill you, make it sure that you extend them all courtesy while they pour bullets into your head,” he wrote.