The former chief minister's daughter, Chandrima Gogoi, lives in the US and arrived in Guwahati on Saturday 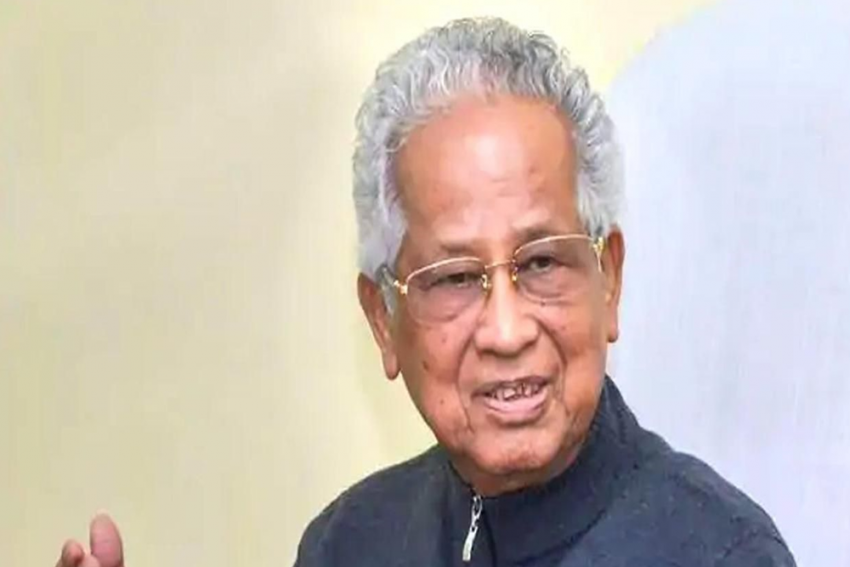 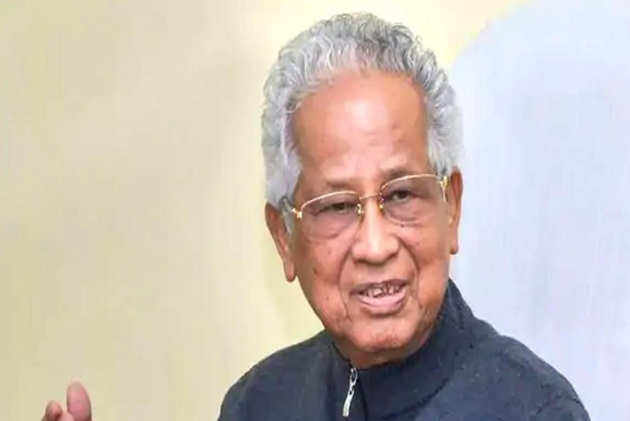 Former Assam chief minister Tarun Gogoi should be remembered for his smile, his ideals and commitment to the people of the state, his son and Lok Sabha MP Gaurav Gogoi said on Monday.

Speaking to the press at Gauhati Medical College Hospital where the Congress veteran died while undergoing treatment for post-Covid-19 complications, a sobbing Gaurav said that his father fought till the end.

"He was waiting for his daughter and grand-children to arrive. He bade us farewell only after they came," he said.

The former chief minister's daughter, Chandrima Gogoi, lives in the US and arrived in Guwahati on Saturday.

"This year has been strange for me. God gave me a girl but also took my father away. This is the truth and I have accepted his passing away as God's will," Gaurav said.

Gaurav and his Britain-born wife Elizabeth Colburn Gogoi have two children -- a boy, and a girl who was born earlier this year.

"As a son, I am proud of him and he will always remain within my heart and soul. He fulfilled all his responsibilities as a father and also as the guardian of the people of the state," he said.

Gaurav appealed to the people to remember his father's smiling face, and not as he was bed-ridden at the hospital in the last days of his life.

"People of Assam should remember him and his smile, which will always be engraved in our hearts. His smile will remain with us," the deputy leader of the Congress in Lok Sabha said.

He may not be physically present with us but his ideals and the lessons he taught will always be there, Gaurav said.

"He will always be within me and whenever I find myself faced with a difficult situation or a tough question, I will look to him for an answer and I am sure about hearing his voice," he said.

Gaurav has been on his father's side since he was readmitted to the hospital on November 2 and was briefing the press over the last two days since the former chief minister's condition took a turn for the worse.

Gogoi, who is also survived by wife Dolly, was the chief minister of Assam from 2001 to 2016, a six-time parliamentarian and Union minister twice. He was 84 years old.