Prime Minister Narendra Modi made the remark while addressing the valedictory session of the Combined Commanders Conference. 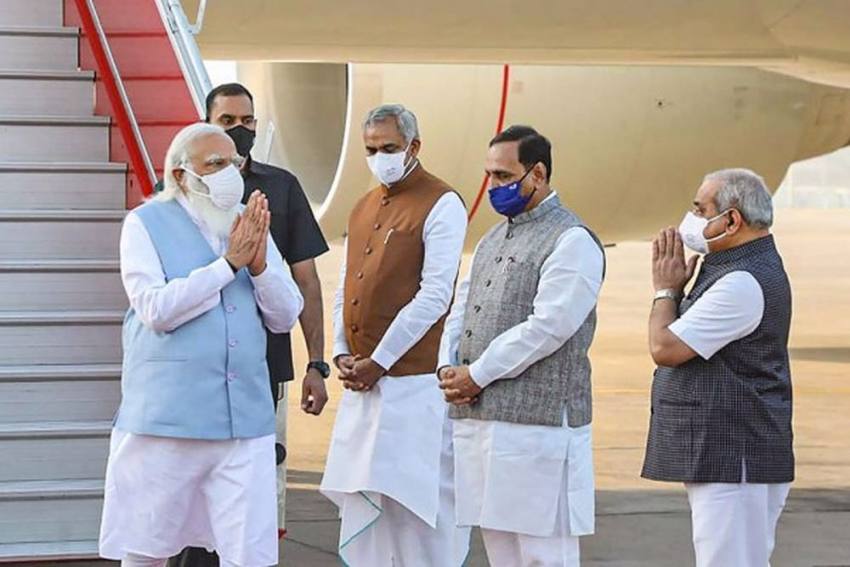 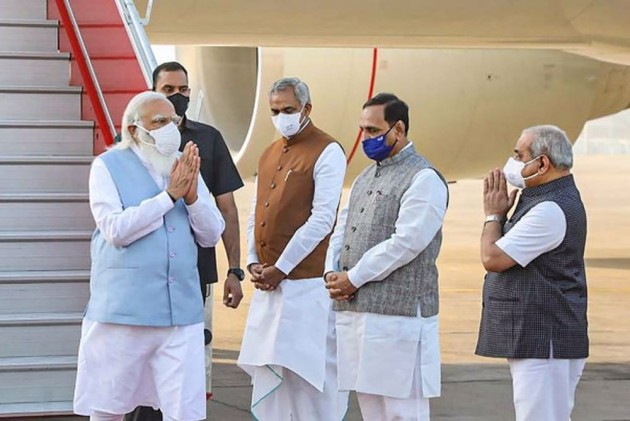 Prime Minister Narendra Modi on Saturday lauded the Indian armed forces for their "resolute dedication" over the past year while referring to the "challenging situation on the northern border".

PM Modi on Saturday visited Kevadia in his home state Gujarat to address the valedictory session of the Combined Commanders Conference. During his address, Modi asked the Indian military to develop as a "future force," an official statement said.

"Modi stressed on indigenisation of national security system not just in sourcing weapons but also in the doctrines, procedures and customs," an officials press statement read.

"Speaking to the highest civilian and military leadership of the national defence system, the Prime Minister conveyed his strong appreciation for the resolute dedication shown by the Indian Armed Forces over the past year, in the context of the Covid-19 pandemic and the challenging situation on the northern border," it said.

Modi emphasised the need to optimise manpower planning in both military and civilian parts of the national security architecture and called for a holistic approach, focused on
breaking down civil-military silos and on expediting the speed of decision making.

He advised the Services to rid themselves of legacy systems and practices that have outlived their utility and relevance, the statement said.

Taking note of the rapidly changing technological landscape, the prime minister highlighted the need to develop the Indian military into a 'future force'.

He said the country would be celebrating 75 years of its independence next year, and asked the armed forces to use the occasion to undertake activities and initiatives that would inspire the youth.

Earlier in the day, after landing at Ahmedabad airport, Modi left for Kevadia, which is around 200 km from the state capital.