The NCRTC is constructing a building of the rapid metro. 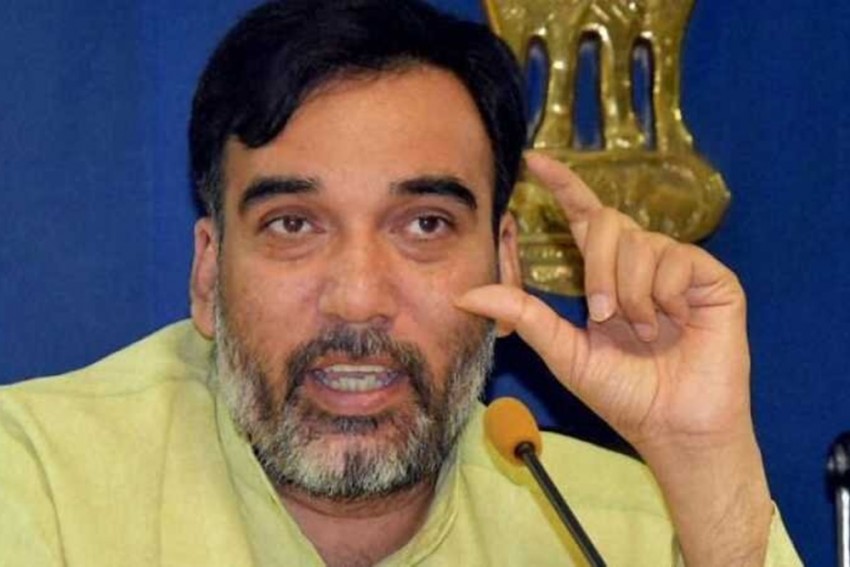 The minister, who was on a visit to inspect demolition sites at Netaji Nagar and Kasturba Nagar, noticed uncovered mounds of dust at the NCRTC site near Vikas Sadan.

The NCRTC is constructing a building of the rapid metro.

Rai said they have brazenly flouted dust-control norms despite strict directions from the government.

"I have issued directions to impose a fine of Rs 50 lakh on NCRTC. Such disregard to air pollution will not be tolerated," he said.

On Saturday, the Delhi government had imposed a fine of Rs 20 lakh on the Federation of Indian Chambers of Commerce and Industry (FICCI) for violating dust control norms at a demolition site on Tansen Marg in New Delhi.

Directions were also issued not to carry out or restart any demolition activity without installing an anti-smog gun and taking other measures to prevent dust pollution at the project site.

The Delhi Pollution Control Committee had earlier asked FICCI and other bodies to stop work at six demolition and construction sites for not taking adequate steps to control dust pollution.

It is mandatory to install anti-smog guns at construction and demolition sites larger than 20,000 square meters, according to government guidelines.

The government has also imposed fines ranging between Rs 20,000 and Rs 5 lakh on 31 RMC plants for not taking measures to prevent dust pollution.

Eleven of these plants where violations were of “serious nature” have been told to stop work.

The environment department has set up 14 inspection teams to check violations of pollution norms.

“This anti-dust campaign will continue in mission mode till October 15 and strict action will be taken against the violators,” the minister had earlier said.

Mayawati Attacks Cong Over 'Rise' In Crime Against Dalits, Women In Rajasthan