The meeting assumes significance as the Centre is expected to invite mainstream parties of Jammu and Kashmir for talks to chalk out future course for J&K. 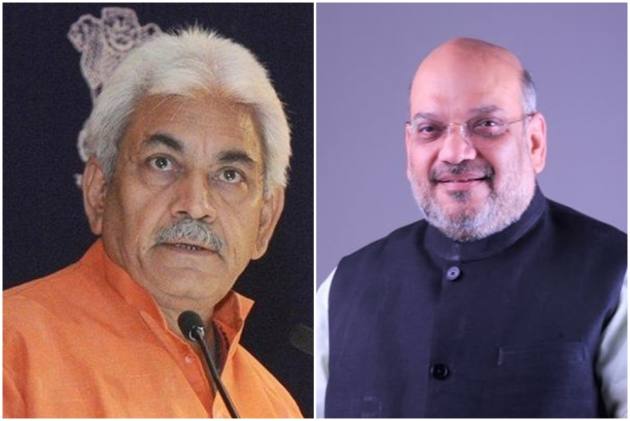 The meeting assumes significance as the Centre is expected to invite mainstream parties of Jammu and Kashmir for talks to chalk out future course for J&K.

This was Manoj Sinha’s second visit to New Delhi this month amid speculations about the possible restoration of statehood to Jammu and Kashmir and holding of elections in J&K by the end of this year.

On June 9 a meeting among the signatories of Peoples Alliance for Gupkar Declaration (PAGD) held at the former chief minister and People’s Democratic Party (PDP) president, Mehbooba Mufti’s Gupkar residence led to speculation in the Valley that the Centre and mainstream parties are likely to hold dialogue.

The Gupkar declaration is a resolution passed by the National Conference, People’s Democratic Party, Congress, People’s Conference, and other smaller parties on August 4, 2019, to defend J&K’s special status. A day later, on August 5, 2019, the BJP government revoked Article 370.