A number of prominent youth leaders, activists and authors issued a joint statement, alleging it was an attempt by the BJP to engage in "scaremongering" and "polarise" the 2019 elections in its favour. 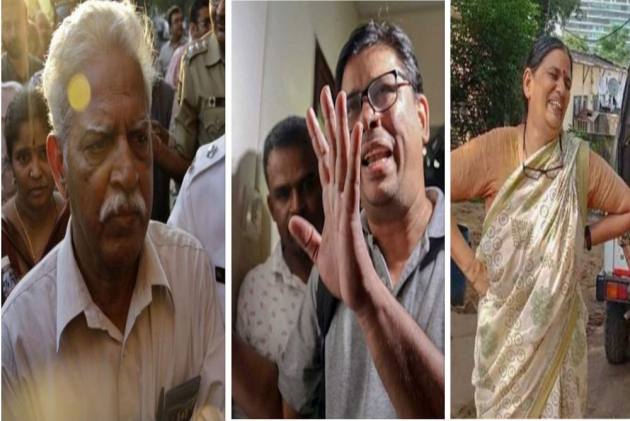 Three of the five activists arrested by the Pune police on Tuesday in connection with its investigations into the alleged Maoist involvement in the organisation of Elgaar Parishad were produced in the Pune court on Wednesday.

The court was jam-packed with heavy police bandobast outside.

Near-simultaneous searches were carried out yesterday at the residences of Rao in Hyderabad, Gonzalves and Farreira in Mumbai, trade union activist Sudha Bhardwaj in Faridabad and civil liberties activist Gautam Navalakha in New Delhi, a senior police official had said.

Subsequently, Rao, Bhardwaj, Farreira, Gonzalves and Navalakha were arrested under IPC Section 153 (A), which relates to promoting enmity between different groups on grounds of religion, race, place or birth, residence, language and committing acts prejudicial to maintenance of harmony, said the official.

Some other sections of the IPC were also pressed against those arrested, along with Unlawful Activities (Prevention) Act for their "alleged Naxal activities," said the police official, without elaborating.