Prime Minister Justin Trudeau on Friday announced that Canada would accept Alqunun as a refugee. 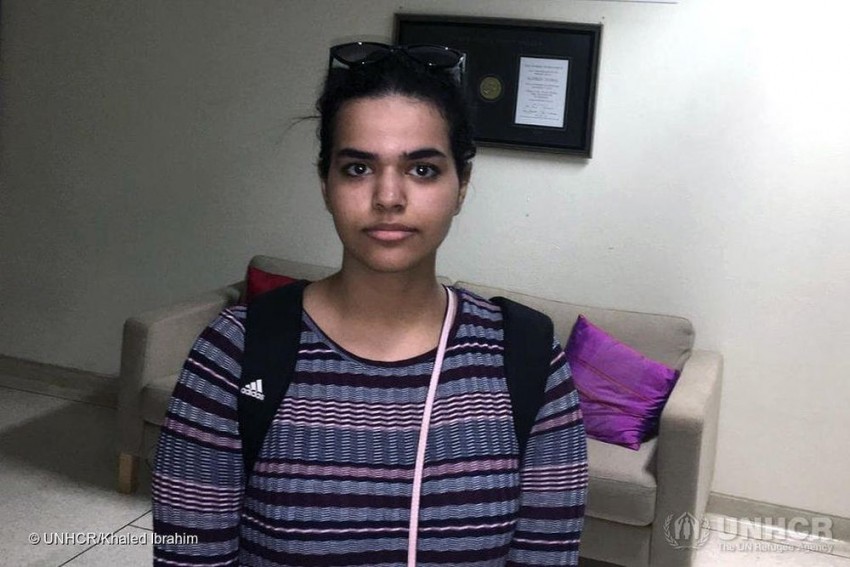 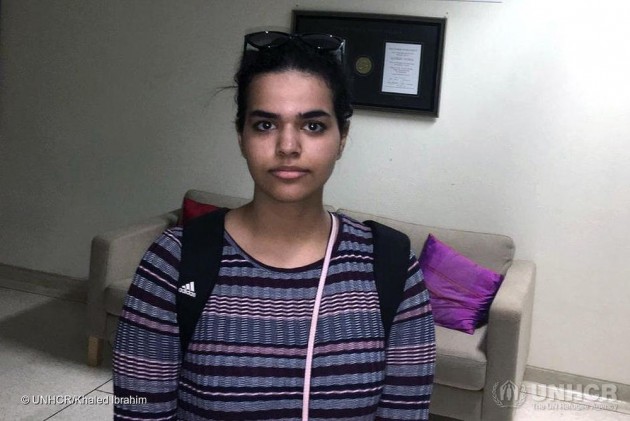 An 18-year-old Saudi woman who said she feared death if deported back home arrived Saturday in Canada, which offered her asylum in a case that attracted global attention after she mounted a social media campaign.

Rahaf Mohammed Alqunun smiled broadly as she exited an airport arrival door sporting a Canada zipper hoodie and a UN High Commissioner for Refugees hat, capping a dramatic week that saw her flee her family while visiting Kuwait and before flying to Bangkok.

Once there, she barricaded herself in an airport hotel to avoid deportation and tweeted about her situation.

On Friday, Prime Minister Justin Trudeau announced that Canada would accept Alqunun as a refugee.

Her situation has highlighted the cause of women's rights in Saudi Arabia, where several women fleeing abuse by their families have been caught trying to seek asylum abroad in recent years and returned home.

In a matter of hours Rahaf al-Qunun will land in Canada as a resettled refugee.

"She is obviously very tired after a long journey and she preferred to go and get settled," Freeland said.

"But it was Rahaf's choice to come out and say hello to Canadians. She wanted Canadians to see that she's here, that she's well and that she's very happy to be in her new home."

After arriving she was off to get winter clothes, said Mario Calla, executive director of COSTI Immigrant Services, which is helping her settle in temporary housing and applying for a health card.

Calla said Alqunun has friends in Toronto who she would be meeting up with this weekend.

"She did comment to me about the cold," Freeland said.

"It does get warmer," Freeland said she told her.

Alqunun tweeted two pictures from her plane seat — one with what appears to be a glass of wine and her passport and another holding her passport while on the plane with the hashtag "I did it" and the emojis showing a plane, hearts and a wine glass.

Canada's decision to grant her asylum could further upset the country's relations with Saudi Arabia.

In August, Saudi Arabia expelled Canada's ambassador to the kingdom and withdrew its own ambassador after Canada's Foreign Ministry tweeted support for women's rights activists who had been arrested.

The Saudis also sold Canadian investments and ordered their citizens studying in Canada to leave.

Freeland avoided an answer when asked what Alqunun's case would mean to Saudi relations.

There was no immediate Saudi government reaction, nor any mention of her arrival in state media.

Freeland said that the UN refugee agency found she was in danger in Thailand and that Canada's government is glad it was able to act quickly to offer her refuge.

Alqunun's father arrived in Bangkok on Tuesday, but his daughter refused to meet with him.

Several other countries, including Australia, had been in talks with the UN's refugee agency to accept Alqunun, Surachate said.

"She chose Canada. It's her personal decision," he said.

Australian media reported that UNHCR had withdrawn its referral for Alqunun to be resettled in Australia because Canberra was taking too long to decide on her asylum.

"When referring cases with specific vulnerabilities who need immediate resettlement, we attach great importance to the speed at which countries consider and process cases," a UNHCR spokesperson in Bangkok told The Associated Press in an email reply on condition of anonymity because the person wasn't authorised to discuss the case publicly.

"Why did Rahaf go to Canada instead of her preferred choice of Australia where she had friends?" Human Rights Watch executive director Kenneth Roth said in a tweet.

"Because she needed safety from her Saudi pursuers fast, and Canada expedited her case while Australia (under Home Affairs Minister Peter Dutton) slow-walked it."

Canada's ambassador saw her off at the airport, where Alqunun thanked everyone for helping her.

She plans to start learning more English, though she already speaks it more than passable.

Alqunun was stopped January 5 at Bangkok's Suvarnabhumi Airport by immigration police who denied her entry and seized her passport.

She barricaded herself in an airport hotel room where her social media campaign got enough public and diplomatic support that Thai officials admitted her temporarily under the protection of UN officials, who granted her refugee status Wednesday.

Surachate said her father — whose name has not been released — denied physically abusing Alqunun or trying to force her into an arranged marriage, which was among the reasons she gave for her flight.

He said Alqunun's father wanted his daughter back but respected her decision.

"He has 10 children. He said the daughter might feel neglected sometimes," Surachate said.

UNHCR spokeswoman Lauren La Rose the fact she was processed so quickly is a credit to those that made it happen.

"This is someone who was clearly in harm's way, who clearly felt her life with her threatened, and my colleagues in concert with governments in Thailand and Canada recognized that need," she said.