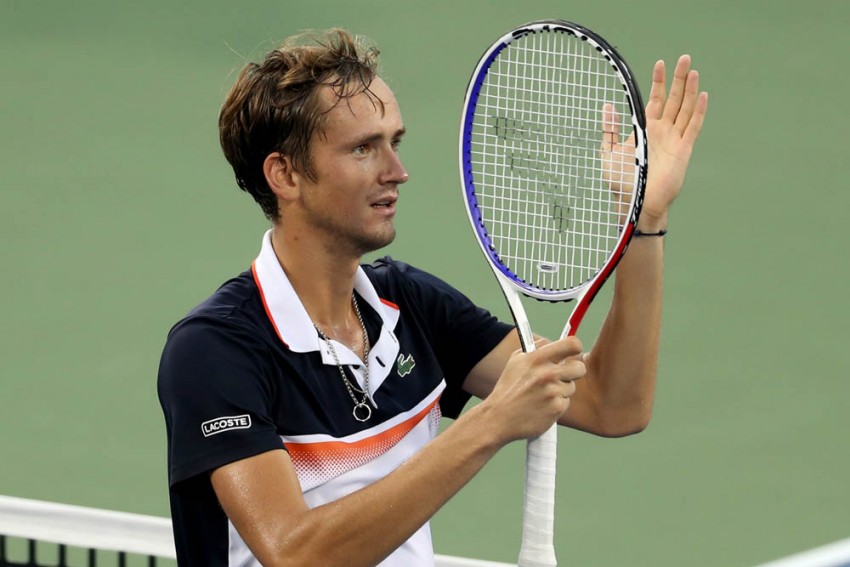 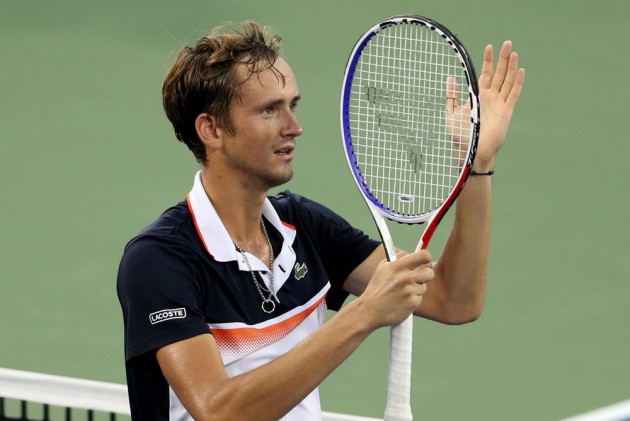 Medvedev was a set down against the world number one and top seed, but he rallied to a stunning 3-6 6-3 6-3 victory at the ATP Masters 1000 tournament in Cincinnati on Saturday.

A finalist at the Citi Open and Rogers Cup, Russian ninth seed Medvedev will contest his third consecutive final, with David Goffin next up after the 16th seed beat Richard Gasquet 6-3 6-4.

The first half was a clinic as Djokovic produced an almost flawless display, hitting nine winners and just three unforced errors, compared to Medvedev's 11.

The moment @DaniilMedwed took out World No.1 Novak Djokovic to reach the #CincyTennis final. pic.twitter.com/EAaMU7zu4E

Djokovic – who won 75 per cent of his second serves to Medvedev's 36 per cent – made the decisive breakthrough in the sixth game to move ahead 4-2 and the Serbian star never looked back, wrapping up the set in 34 minutes.

Medvedev continued to take the match to Djokovic in the second half, but the 16-time grand slam champion simply had all the answers against the Russian.

That was until Djokovic's serve was finally penetrated – Medvedev nailing a powerful forehand winner into the corner for a 5-3 lead.

It was the first sign of tension from Djokovic, who had been in control but saw his advantage wiped out by the aggressive Medvedev heading into a third and deciding set.

Djokovic was rattled, the match dramatically swinging in Medvedev's favour as he blitzed the Serbian with some incredible tennis to claim the break and a 2-1 lead.

Medvedev was simply irresistible, his ferocious serve stifling Djokovic and helping to complete a stunning comeback on the semis.

A day to remember @David__Goffin reaches his first Masters 1000 final with a 6-3 6-4 victory over Richard Gasquet at #CincyTennis pic.twitter.com/X43YmWYlOr

"I'm really happy," said Goffin. "It's a tournament I like and I've played the best tennis here in the past few years. I'm really happy to reach my first Masters 1000 final here. It's a great moment for me."