Pranay Vivek Patil has a great reputation in Karnataka and the youth there look up to him as their mentor. 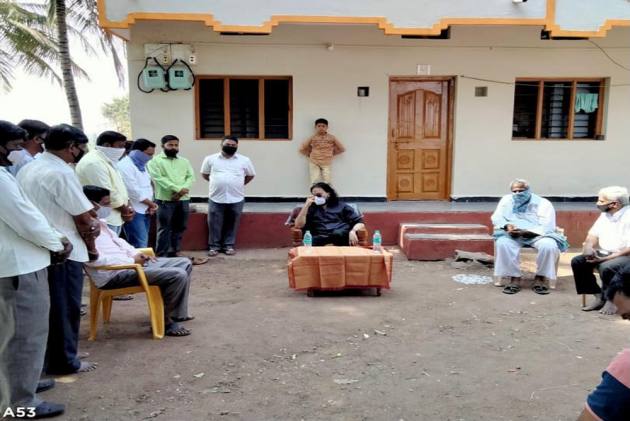 Pranay Vivek Patil is an emerging youth icon who has actively participated in the farmers' protests by raising his voice against the policy makers.

When talking about the newly formed farm laws, Pranay says, “Privatisation is not a solution to the problem. You cannot privatise an entire sector which has been the most beneficial for our GDP. This is what makes these laws look so sketchy.” He added, “Our foundation has always been fighting against such discriminations and we will continue to do so.”

Pranay is quite clear about his stand. The man speaks his mind and understands what to stand for. He has a great reputation in Karnataka and the youth there look up to him as their mentor.

What makes Pranay unique is the fact that he does not mince words. He urges all the countrymen to accept the verdict of the Supreme Court gracefully. This shows that his ideology does not allow him to sit and watch the show. He does not only participate in the process to make a change but he knows how to win it for his people.

Dr. Nutan Bhore, who is a doctor at Raibag and member of Abhaji Foundation, talking about his values in the game, said, “Pranay is very keen to give a helping hand to anyone who needs it. He is grounded and a very good human being for our generation.”

What makes a man a leader is his ability to communicate, create and solve issues of the people he is serving. A leader shines the brightest during the darkest times. Pranay Vivek Patil has been loyal to his people so far and his unconditional efforts towards the community make him such an important name in the leadership role.