As India Battles The Virus, Let Us Not Weaken National Resolve

While it is necessary for those in power to be questioned in a democracy, the current crisis calls for unity and we should all focus on helping each other 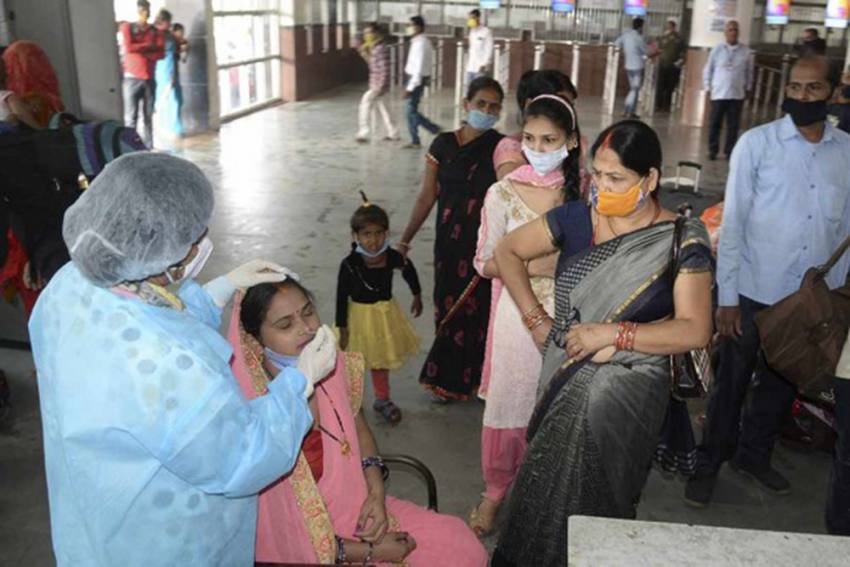 A health worker takes swab samples of migrants before they board trains to their home states, at a railway station in Jalandhar.
PTI
Suman K Jha 2021-05-09T08:03:24+05:30 As India Battles The Virus, Let Us Not Weaken National Resolve 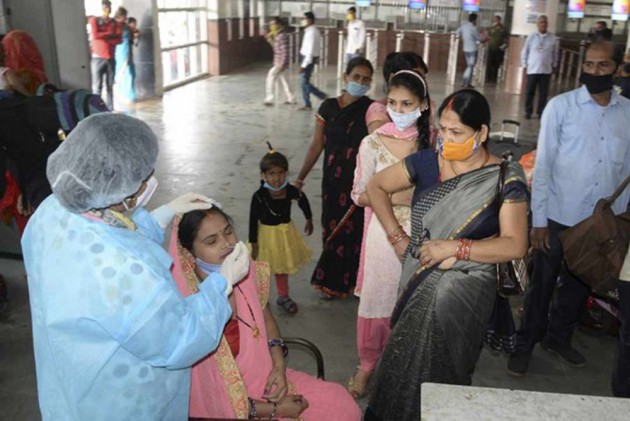 Since the onset of the second wave of the pandemic, India has been tested like never before. Death, devastation and misery have engulfed the country. The statistics are frightening. According to the Union health ministry data, 4,187 people succumbed to the virus on Friday and the country reported more than four lakh new infections on the same day.

In cities like Bengaluru, Delhi and Goa, the rising number of cases has brought the healthcare infrastructure to its knees. As many as 24 states have reported a Covid positivity rate that’s above 15 per cent. Almost every family has a Covid tale to narrate.

Quite worryingly, the virus is now being reported from the hinterland, where the lack of adequate medical infrastructure will severely challenge governance and human will.

Facing its biggest challenge so far, the Narendra Modi-led government has received some very harsh press, both nationally and globally. For those who until recently argued that there’s no room for dissent under the current regime, the current situation proves how those charges were nothing but exaggeration.

The Modi government has been hauled over the coals over “its lack of preparedness” in tackling the second wave, “when it had a good one year to ramp up medical infrastructure”. Questioning those in power and holding them accountable is a must in a functioning democracy. But it is also a fact that a significant section of the commentariat has never been at ease with Modi at the helm. The pandemic, thus, also presents for them an occasion to get even with “Modi, the adversary”.

The question, however, remains: Why didn’t the government prepare adequately in the last one year, since the first wave of the pandemic? And did the government ignore warnings of experts?

An answer to these questions has been given by the principal scientific advisor to the Union government, K VijayRaghavan. In an interview to a daily, he said: “It is just not possible to amplify the capacities of a public health system within a year to a level that would be sufficient to cope with what we are seeing now. You can build about 20-25 per cent more capacity in one year in some locations, (but) a five-fold increase in capacity cannot be built within a year.”

As India battles the second wave, VijayRaghavan has warned that a third wave can be avoided only if people by and large adopt and promote Covid-appropriate behaviour. Throwing caution to the wind and behaving as if India had already tamed the virus, our careless social behaviour, to a large extent, is to be blamed for the explosive second wave.

In a country where healthcare and public health systems have often got short-shrift, an instance that Union health minister Dr Harsh Vardhan quotes in his speeches is a useful reminder. Harsh Vardhan has often observed: “It was because of former PM Atal Bihari Vajpayee that a 50-year spell was broken and a second AIIMS was born.”

In his 2003 Independence Day speech, Vajpayee announced to set up six more AIIMS hospitals. The number of AIIMS facilities, since then has increased from 6 to 22. The Health minister recently said that another 75 existing institutions are envisioned to be upgraded to provide quality tertiary healthcare services. The last Union Budget had “Health and Well Being” as the first of its six pillars.

As India battles the virus, public healthcare will have to be the topmost political priority. The current crisis also calls for unity in purpose and action. The Opposition, notably the Congress, has sensed an opportunity to reclaim relevance. Congress MP Rahul Gandhi has often said that he had been warning the government of the impending danger since the beginning. Lately, party chief Sonia Gandhi too has been making daily charges.

Any Opposition must question and hold accountable those in power. But during a national crisis, it’s time for everyone to pitch in. Congress youth president Srinivas B V has won all-round praise for lending a helping hand to those in distress. Rahul Gandhi’s and Sonia Gandhi’s charges would have carried greater conviction if they had, say, prepared the Congress-ruled states, through a coordinated strategy, with an action plan to tackle the pandemic better.

To cite one instance, Rajasthan, under Chief Minister Ashok Gehlot, in his recent Budget, has undertaken some interesting healthcare initiatives. Had the Congress top brass asked other party-ruled states to follow suit, it would have shown that they had a plan and the will to deal with a national health crisis.

Media reports, meanwhile, suggest that government managers are worried about the negative perception in the media, as also on the ground. While this is the time to work unitedly to defeat and banish the virus, stories of hope must not be forgotten.

In 2001, a big earthquake flattened many cities of Gujarat. In three years’ time, however, cities and towns like Bhuj, Anjar, Bhachau, which had been razed by the quake, came alive, bustling with life and hope, and also went on to become attractive business centres. Most of the relief, rehabilitation and reconstruction plan was done under Narendra Modi, the then Gujarat chief minister.

India will rise and shine again. It must, however, urgently work on a few areas of concern. One, universal vaccination must be expedited and completed on a war-like footing. A recent news report stated that after 99 per cent of Army men received the vaccines, with 82 per cent getting both the doses, there have been near-zero instances of Covid positive cases in the forces.

Two, while PM Modi draws the big blueprint guiding policy making and taking national calls, health minister Harsh Vardhan must do everyday media briefings. This will assuage the common man’s concerns in addition to media concerns, and will prove that a coherent government strategy is in place.

Three, a nodal authority must track and take necessary actions to check the spread of the virus in rural India.

Four, healthcare and public health systems must necessarily get the topmost priority in political interventions, speeches, manifestos, across the board. This would be a welcome change in an India where our political choices, even today, are often guided by primordial concerns.

Five, and most importantly, politicking must take a break in this hour of national crisis. It’s time that India spoke in one voice. Let “One Nation, One Voice” guide us in our war against the “One Common Virus”. As a national responsibility, we should see to it that we, Indians, do nothing that weakens this national resolve.

(The writer, a JNU alumnus, is a political analyst. Feedback can be sent to skjthe@gmail.com Views expressed are personal and do not necessarily reflect those of Outlook Magazine.)