Kejriwal’s Demand For Full Statehood To Delhi Is An Issue Larger Than Anti-Corruption: Atishi Marlena

Aam Admi Party leader Atishi Marlena, who has served as an adviser to the deputy chief minister of Delhi, talks to Outlook on the current protest by AAP government. 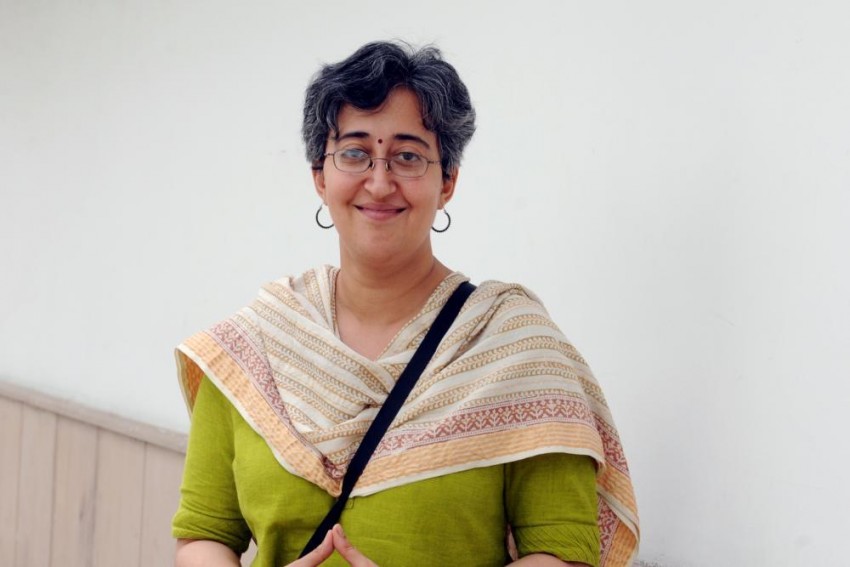 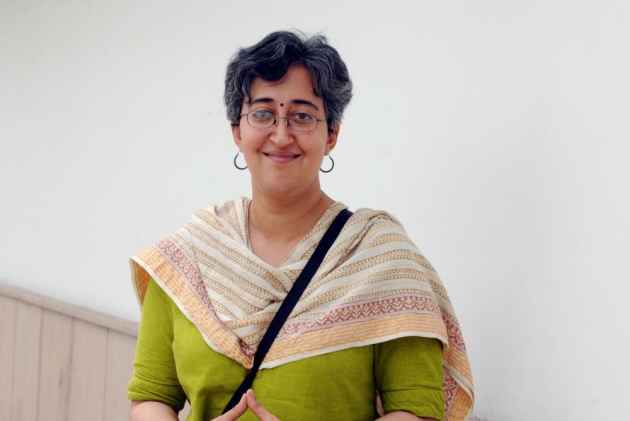 The Aam Admi Party is again on a protest mode in Delhi where it rules. A sit-in by chief minister Arvind Kejriwal and his cabinet colleagues at the Lieutenant Governor’s house entered the fifth day on Friday. AAP leader Atishi Marlena, who has served as an adviser to the deputy chief minister, tells Outlook that full statehood to Delhi is now an issue larger than anti-corruption. Edited excerpts from an interview:

Could you please explain the circumstances that have led to the current protest by the AAP in Delhi?

For the past 115 days, IAS officers in Delhi have been on a strike. They admit to not attending meetings and following orders given by the ministers. We have tried all constitutional mechanisms possible to resolve this stalemate. The cabinet had earlier appealed eight times—either in letter or in meetings—seeking the intervention of the L-G (lieutenant governor), who is the disciplinary authority of IAS officers. The latest and the ninth meeting happened the very evening before the (cabinet’s) sit-in protest (at the L-G’s residence). The current protest is happening because the elected government seems to be left with no other choice.

From 2015 onwards, there has been multiple attempts to try and stall the work of the Delhi government that had won an unprecedented democratic mandate. Despite all that, the government has been successful on many counts: its work in the areas of education, health, electricity and water is being appreciated not just across Delhi, but in many parts of the country.

The bureaucracy is being used as a front—not just by the L-G, but by the (BJP-led) Centre to prevent the Delhi government from working for the people. This prolonged IAS officers’ strike is unprecedented in this country. No action so far only shows this strike has not just the L-G’s support, but that from the prime minister and his office. We are otherwise a country where IAS officers are not willing to speak out when even a colleague of theirs alleges sexual harassment, or when multiple bureaucrats face instances of harassment. This is a strike that has been directed straight from the PMO. These IAS officers know that if they oppose the Delhi government at this point of time, they are going to be rewarded and will get plum posts in the central government.

So, what are your demands?

The L-G should order an end to the IAS officers’ strike and ask them to start attending meetings convened by ministers. Action should be taken against the officers who have been illegally on strike. The L-G should approve doorstep delivery of ration—a policy that we’ve now been trying to bring in for several months. Once all of these are approved, the ministers and the CM will end their protest.

How appropriate is your protest as there is a probe on in the Chief Secretary assault case?

In the chief secretary’s alleged assault, the police are investigating the matter and it is being discussed in the court of law. Now, the IAS officers have to let the law take its course. The IAS officers have become the accusers and judges on this matter. If in four months, the Delhi police have not been able to even file a single charge sheet in the chief secretary matter, it does raise questions about even the authenticity of that (incident). Do these IAS officers have no trust in the process of law in this country? There is also a law that governs the actions of IAS officers--  the IAS Conduct Rules, the transaction of business rules of the government of NCT of Delhi. They clearly state that no IAS officer under any circumstance can go on strike even for a single day. It also very clearly states that officers have to follow directions given by the ministers in charge. So, there has been a violation of law and rules for 115 days. The fact that the L-G is choosing not to take action despite this flagrant violation of rules is an indicator that this entire strike is happening with his blessings. Otherwise, why in 115 days has he not intervened to resolve this situation and to order the IAS officers to end their strike? Because, obviously the people of Delhi are going to suffer.

How feasible is the option of giving full statehood to Delhi as it is also the national capital?

If the BJP thinks it’s not a feasible answer, really we should be asking them why they promised that in their 2014 manifesto. I think there is a very straightforward solution to the problem. Just as in the United States, the capital Washington DC is a very small and limited area, confined only to where the national institutions and residences of the senators and the Congressmen, besides the embassies, are located. Where that area ends, you have different states.

So, even in Delhi, the NDMC area, where you have the Supreme Court, the Parliament complex, the embassies and all of that, can be designated. New Delhi can be designated as the national capital, but the 20 million other people of Delhi who stay outside the NDMC area have a right to an elected government. They have a right to have a single nodal authority that takes care of all their decisions.

Right now, you have seven different agencies governed by different governments who might be in charge of repairing one single street light. You elect a government, but that government has no control over the IAS officers who are supposed to be running it. Is this not unfair to the 20 million people living in Delhi? See, 20 million is not a small number. It is more than the population of so many countries in this world.

But, there are also allegations that the AAP is only a protest party and it does not know governance...

The initiatives of the Aam Aadmi Party in the past three-and-a-half years are being talked about not just in Delhi, but all over the world. You have (former UN secretary-general) Kofi Annan who is praising the mohalla clinics. You have researchers from Harvard University coming and doing research on the education initiatives in this city. You have for the first time ever in the history of this city, government schools outperforming private schools in board results. You have electricity price that has now not gone up for more than three years. You have more than 300 colonies which have got pipe-water supply for the first time.

All these, despite the multiple obstacles being put before the Delhi government by the Centre. If these obstacles had not been put into place, if Delhi was a full state, we could probably have performed ten times as much as what we have done right now. As far as protests go, for 115 days we have tried all constitutional measures to resolve it. We have tried to negotiate with the officers. We have been to the L-G.  We have called the officers to the assembly to discuss the matter. A resolution has been passed in the assembly. Despite all these, the IAS officers have been illegally on strike for 115 days. So, there’s no choice left.

How long will this protest go on?

Till the IAS officers get back to work. See, there are problems. Yesterday, the BJP was protesting against the water crisis in Delhi. I was actually saying that they are protesting in support of us. We admit there are problems in Delhi. But if the CM cannot call the CEO of the Delhi Jal Board for a meeting, how on earth these problems are going to be resolved? Under a democratic form of government, the people elect legislators and ministers to fulfil their policies. The role of the ministers is to give directions. The role of the bureaucracy is to implement those directions. If those who have to do the implementation are on strike, no policies can actually be implemented.

Is the AAP replacing its main agenda of fighting corruption with demand for full statehood?

Full statehood in Delhi is a larger issue as compared to anti-corruption. For, only when the Delhi government gets its anti-corruption bureau back will it get the power of suspension and Vigilance inquiries on corrupt officers of different departments of the government. That is how you can curb the corruption.

The Delhi government had an anti-corruption bureau since 1991. The Centre took that over in May 2015 by sending paramilitary forces. Has this ever happened in the history of independent India? So, how is the government going to control corruption when all its allied arms and departments are handed over to the Lieutenant Governor? According to a recent report based on an RTI reply, virtually 2 per cent of matters filed under anti-corruption bureau are now leading to charge sheets. The anti-corruption bureau has been made deadwood by the L-G’s office.

But, don’t you want the Congress party’s support in this? Where do you stand on the discussions on the larger Opposition unity or an anti-BJP front? Does Kejriwal’s remark that the AAP would vote for the BJP if Delhi is given full statehood mean anything in this context?

There is a lot of Congress hypocrisy on this issue. Unlike the Congress, the AAP stands for democratic rights of states, stands against the infringement of democratic rights by the Centre. When the governor’s office was misused in Uttarakhand and Arunachal Pradesh, the AAP came forward and did a press conference even before anyone asked us for help. What happened in Goa, Manipur, and even in Karnataka, we spoke out because the issue was a matter of principle.

The central government cannot use the office of governor or the L-G to infringe upon the rights of the governments. They are doing so. The same is even happening in Puducherry. The Congress chief minister of Puduchery is every day condemning the office of L-G in Puducherry. The Delhi Congress obviously has a hypocritical stand. Their party faces the same problem in different states.