Modi will pay a two-day visit to Japan from October 28-29 to hold the annual India-Japan summit with Abe. 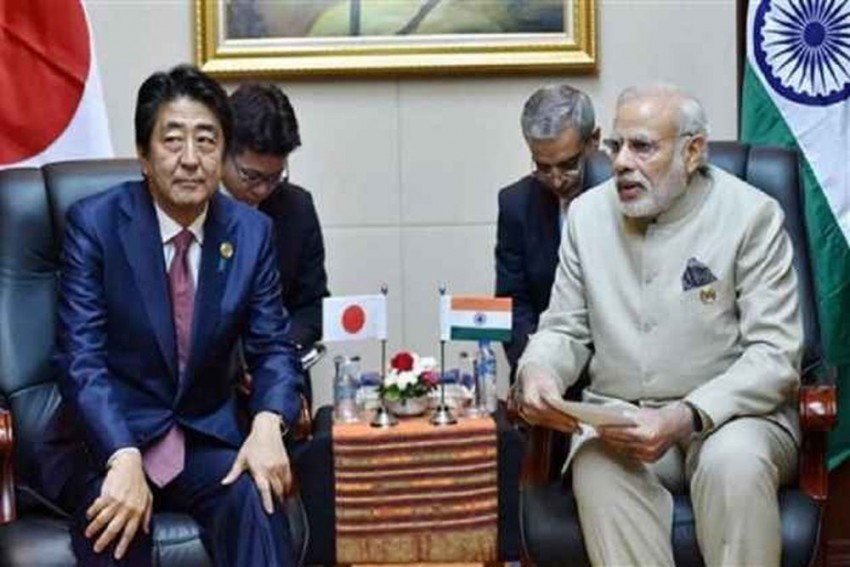 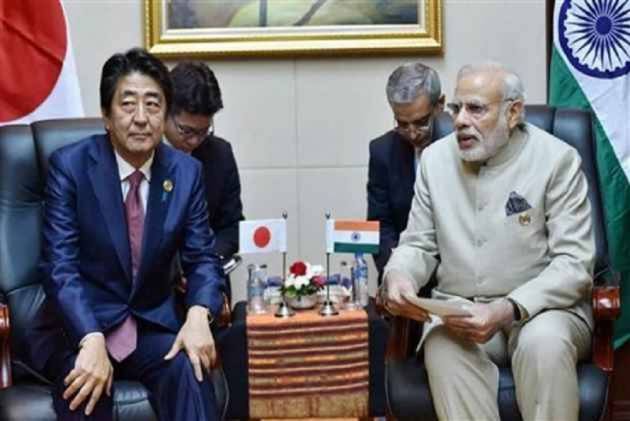 In a special gesture, Prime Minister Narendra Modi will be hosted by his Japanese counterpart Shinzo Abe for a private dinner at his holiday home in the picturesque Yamanashi prefecture on October 28, which will be, perhaps, the first such reception to be extended to a foreign leader.

Modi will pay a two-day visit to Japan from October 28-29 to hold the annual India-Japan summit with Abe, the focus of which will be to boost cooperation in the Indo-Pacific region, carry out joint infrastructure projects in third countries and enhancing defence ties, including launch of talks for a logistic support pact between the two navies.

Foreign Secretary Vijay Gokhale said the two sides are expected to also deliberate on cooperation in areas of artificial intelligence, big data, development of unmanned ground vehicle and robotics among others.

On Abe's first bilateral visit to China ahead of Modi's trip to Japan, Gokhale said, "I have absolutely no hesitation in saying that his visit to China will have no impact on our bilateral ties."

"We welcome improvement of ties between Japan and China," he said.

Briefing reporters on Modi's visit, he said Abe will take Modi to his personal home in Yamanashi for a private dinner on Sunday following which both the leaders will travel to Tokyo by train.

Yamanashi, at a distance of around 110 KM from Tokyo, is surrounded by several mountains including Mount Fuji -- the country's tallest peak at around 3,776 metres.

"This is very special gesture PM Abe is making. We believe this is the first time a foreign leader is visiting PM Abe's holiday home," Gokhale said, referring to the dinner for Modi.

In the afternoon of Sunday, Abe will host an informal lunch for Modi at a hotel, with view of Mount Fuji, and both the leaders will take a stroll at the grounds of the hotel.

Then they will visit a company which is a leading manufacturer of factory automation, Gokhale said, adding Abe has taken personal interests in working out the programme for Modi's visit.

On Monday evening, Modi and Abe will hold wide-ranging talks with a focus on bilateral, regional and global issues of mutual concerns which will include exploring ways to deepen cooperation in the Indo-Pacific region, boosting defence and security ties and undertaking infrastructure projects in Asia and Africa in a trilateral framework.

"It goes without saying that Indo-Pacific will be major topic for discussion between both the leaders," said the foreign secretary.

He said there will be discussions on how the two countries can collaborate in the context of the Indo-Pacific in Asia and Africa on capacity building and on infra projects in a trilateral manner. "In other words it will be India, Japan plus one."

He said there are commonalities between vision of Modi and Abe on the Indo-Pacific, adding geo-political situation in the strategically important area is expected to figure in the talks.

Gokhale said the two leaders are expected to deliberate on regional security issues, situation in Korean peninsula and that India will raise its concerns over terrorism.

He said the two leaders are also likely to deliberate on implementation of the dedicated freight corridor, the Delhi Mumbai industrial corridor, Mumbai-Ahmedabad high speed rail project as well as the Chennai metro rail project.

One of the agreements expected to sign is for second tranche of the official development assistance (ODA) by Japan for the Mumbai-Ahmedabad high speed rail project, said the foreign secretary.

Then Modi will participate in a series of business events which will include meeting with top executives of Japanese venture capital companies and attending launch of a grand start-up challenge, a new programme which encourages Indian and Japanese startups, said Gokhale.

Modi will also meet the India-Japan business leaders' forum and address the honchos of the top companies.

The foreign secretary said both sides will deliberate on defence cooperation and that talks on a mutual logistic support pact between the two navies may start.

In the talks, the two leaders are also expected to discuss the Asia Africa growth corridor and Gokhale said something concrete may come out on it.

He said India is also hoping to have some kind of synergy or integration between the Ayushman Bharat scheme, which is the largest medicare programme of its kind globally, and the Japanese programme which is called Asia Health and Wellbeing Initiative.

"How we dovetail this and how we leverage Japan's strength in certain areas including medical equipment, hospitals and others is something that the two leaders can explore," Gokhale said.

He said discussions will also take place on Delhi's mass rapid transit system, some hydro electric and road projects and how Japan can help in improving infrastructure in the Northeastern states.

On nuclear cooperation, a senior official said Japan was an important partner for India in the area of civil nuclear energy and specific projects are being discussed under the Indo-Japan nuclear agreement.

After talks between the two sides, Abe will host a state banquet in honour of Modi. The prime minister will leave for India after the banquet.

The two leaders had reviewed the progress in the multi-faceted cooperation between India and Japan under the framework of their 'Special Strategic and Global Partnership' .

Expressing his pleasure at the inauguration ceremony, the Japanese PM said that he wishes that to come to Ahmedabad with PM Modi in a Shinkansen (bullet train) during his next visit to India.