Instructions have been issued to the Education department to take permission and distribute appointment letters to the selected candidates. 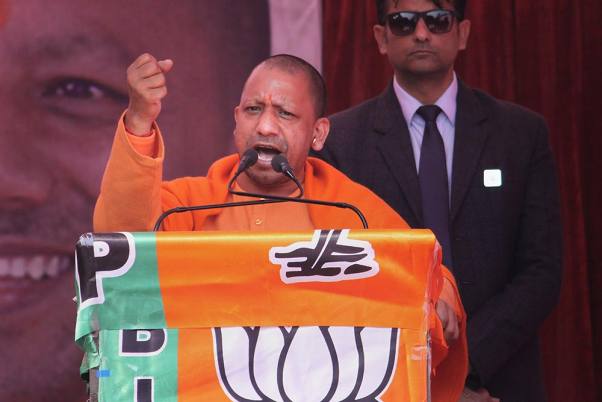 Uttar Pradesh Chief Minister Yogi Adityanath on Wednesday welcomed the Supreme Court order allowing it to fill up vacancies of 69,000 assistant basic teachers in the state as per results declared by it in May.

In a statement issued here, Adityanath said, "The Supreme Court judgement has put its stamp on the UP Government's decision. Shiksha Mitras who have not got a chance will be given another chance by the state government."

Instructions have been issued to the Basic Education department to take permission from the Election Commission to distribute appointment letters to the selected candidates.

According to an official of the Basic Education department, Shiksha Mitras are para-teachers, who were appointed by their respective village panchayats before 2010 in primary schools.At present there are over 1.50 lakh Shiksha Mitras in the state.

The Supreme Court on Wednesday allowed the Uttar Pradesh government to fill up vacancies of 69,000 assistant basic teachers in the state as per results declared by it in May.

A bench headed by Justice U U Lalit dismissed a batch of petitions including the one filed by the Uttar Pradesh Prathmik Shiksha Mitra Association' challenging the Allahabad High Court's decision to uphold the cut off marks for selection of assistant basic teachers in the states.

The bench, in its judgement, said it has recorded the submission of the state government that a 'Shiksha Mitra' who has been unable to crack the test, would be given another chance to compete in the next selection.

The association had challenged the Uttar Pradesh government's order of January 7, 2019, by which the qualifying marks for the Assistant Teacher Recruitment Examination 2019 were fixed at 65 and 60 for general and reserved categories respectively.

Heated Tents, Other Facilities For Indian Troops in Eastern Ladakh