US President Donald Trump had on Monday claimed that Prime Minister Narendra Modi had asked him to play the role of a mediator on Kashmir issue. 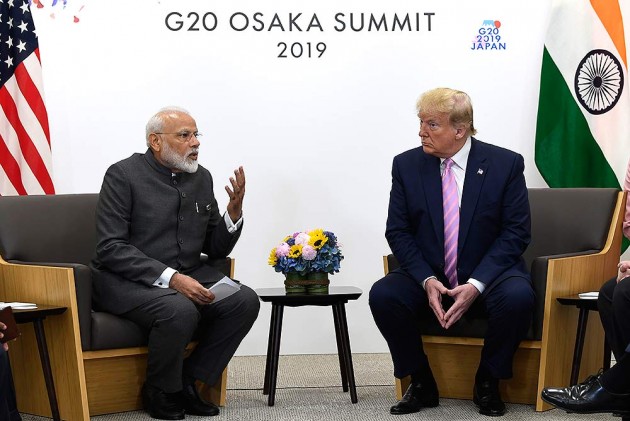 Prime Minister Narendra Modi made no request to US President Donald Trump to mediate on the Kashmir issue with Pakistan, External Affairs Minister S Jaishankar said in Rajya Sabha Tuesday amid a massive controversy over the US leader's claim.

He said all outstanding issues between India and Pakistan can be discussed only bilaterally. "I would like to categorically state that no such request has been made by the Prime Minister to the US President," he said after Congress and other opposition parties raised the issue in the House.

US President Donald Trump had on Monday claimed that Prime Minister Modi had asked him to play the role of a mediator on Kashmir.

Kashmir Bilateral Issue Between India, Pakistan; We Are Ready To Assist: US On Trump's Comment

The minister said it has been the consistent position of India that all outstanding issues with Pakistan can be discussed only bilaterally.

"Any engagement with Pakistan will require end to cross border terrorism," he said, adding Shimla and Lahore accords provide the basis for resolution of all issues bilaterally.

Opposition parties were, however, not satisfied by the statement of the External Affairs Minister and wanted the Prime Minister to come to the House and clarify.

This led to heated exchange between opposition benches and the Chairman M Venkaiah Naidu, who adjourned proceedings  till 1200 hours.