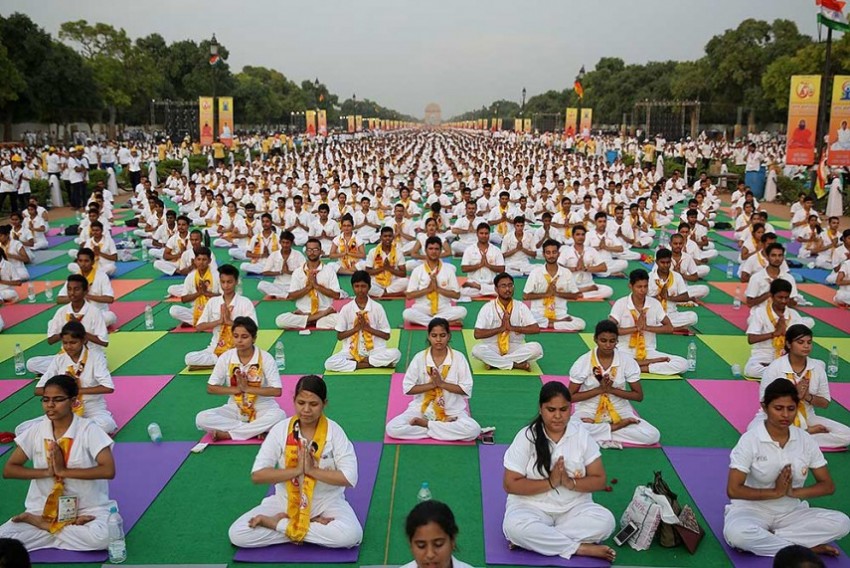 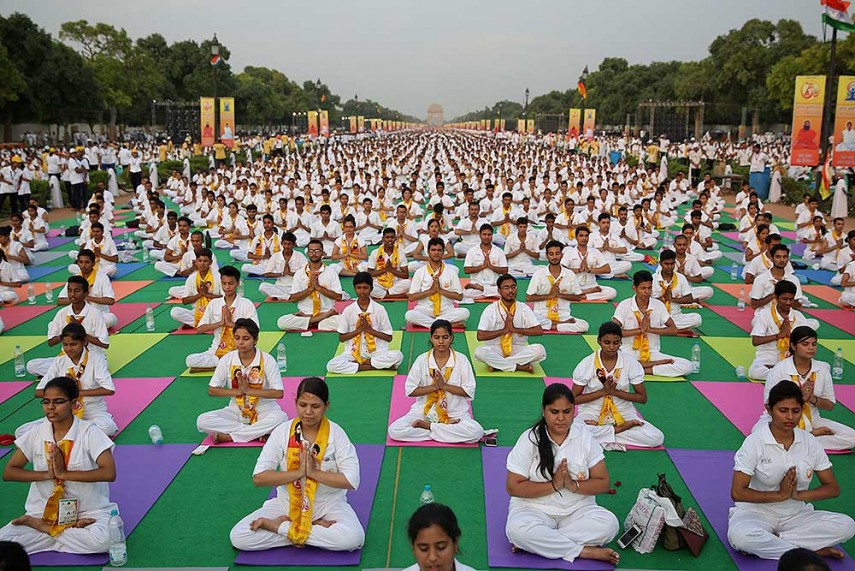 The global renaissance of 'yoga' has a potential to become a radical movement which could prove to be the quantum leap in human evolution. The proviso however being that one clearly understands what it actually means. These days many people seem to be practising 'yoga' but in effect what they are practising, or rather attempting to practise is just one of its limbs i.e. asanas. The actual word is yoga-asanas, but the suffix is left out. Thus, the impression is that there is a universal renewed interest in 'yoga', the revival is mostly confined to asanas alone.

Driven by ignorance, we lead our lives as an individual unit of body-senses-mind-intellect with an individual consciousness. When this microcosmic consciousness (called Jiva) unites with the all-pervading macrocosmic consciousness (called Ishwara), this union is known as yoga. It is the state where the mind dissolves in the real Self and all the seeds of past impressions (samskaras) get burnt in the incandescent fire of self-realisation. It is the pinnacle of inner evolution succinctly described by sage Patanjali in his well-known aphorism: yogash chitta vritti nirodhah. The magnitude of what is being conveyed through the one word 'yoga' is thus such that it should not be taken frivolously.

Yoga is the ultimate destination of a human being's evolutionary journey. And there are several paths that can be tread with this intention: raja yoga (also known as ashtanga yoga), bhakti (devotion), gyana (knowledge), hatha yoga and the rather esoteric path of laya yoga.

The prevailing, resurgent interest in asanas seen these days world over is just one part of ashtanga yoga which is an eight-stepped ladder with the ascending rungs of yama, niyama, asana, pranayama, pratyahara, dharana, dhyana and culminating in the highest point of samadhi. And the most celebrated text outlining its precepts is Patanjali's yoga-sutras which has been around circa 2500 years.

Niyama are the five self-disciplinary codes: shaucha — cleanliness of the body, external environment and of the mind, santosha — being contented with one's life, accepting everything without discrimination, tapah — austerity, svadhyaya — to be established in the real Self but it also refers to self-learning through scriptural texts and lastly, ishwarpranidhana — forsaking one's ego and being totally surrendered to God's will.

The third step on the path is of asanas, which is what generally people are referring to when they say that they are practising yoga. But there are many misconceptions about it that need to be dispelled. Asana has neither got anything to do with body contortion, acrobatics or gymnastics, nor is it physical exercise. Many people mistakenly think that they don't need to learn asanas because they are already going to the gym or doing aerobic exercises. See, such exercises stimulate catabolism. So, although you achieve an athletic, sculpted look, but your energy gets drained. Then people resort to all sorts of energy enhancing drinks which are laced with harmful chemicals with consequential deleterious effect on your vital organs. Asanas, on the other hand, balance your metabolism and thus energize your body with the added beneficial effect on the functioning of all internal organs.

Asana is a science and an art in its own right and one requires an in-depth understanding of body, its anatomy, its physiology and yes, geometry too. Another noteworthy point is that right posture alone is not asana. It has to be supplemented with poise, proper positioning, right alignment, focus on breathing and crucially, the presence of awareness of every part of your body in the said posture. Thus in a way, I can say that asana is moving meditation, for such is the heightened awareness of the body and breath.

One should never forget the objective of mastering asanas which is to be able to sit comfortably in a stable posture and thus acquire the eligibility of progressing to the higher stages on the path of yoga. It is another matter that as a by-product, the body becomes healthier, energetic and one may get cured of some ailments. But contrary to what is being propagated, it is important to bear in mind that asanas are not a panacea for diseases.
Herein I would also like to comment on who can teach asanas, for these days, just about anyone can declare oneself to be 'yoga teacher'. Strictly speaking, yoga can be taught only by a yogi. You cannot become a yogi just by adopting a certain external appearance. If the person teaches in a scientific way, very attentively, with patience and diligence then know that he or she is well versed in their craft.

Once asanas are perfected, the practitioner can move on to pranayama. Again, misconceptions galore in this regard. Breathing in and out, shoving the stomach in and out is not pranayama. 'Prana' refers to cosmic vital energy which is the critical force sustaining life. And giving dimension to this vital life force is pranayama. Prana is the bridge that connects our body with our mind. When prana exits the body, this connection gets severed leading to death of the body. That is why, once prana leaves the body, no matter how much oxygen you pump in as part of the resuscitation, the body cannot be revived.

The next stage is pratyahara and this means withdrawal of the five cognitive senses from their respective sense objects and stabilising them in the mind. Maturity of pratyahara results in the state of dharana where only one thought is held in the mind to the exclusion of all others. The fruition of dharana is dhyana or meditation, which is a state of thoughtless, heightened awareness. Meditation cannot be taught; it is a state that occurs as a consequence of matured dharana.

This then is the path to samadhi and there are no short cuts. Yoga happens in the totally still state of samadhi. All ignorance gets eradicated, and one reaches the pinnacle of human evolution with a remarkably heightened level of consciousness. This is the purpose of human life. The destination is clear-cut and the path is clear-cut. What is needed is a disciplined practice under the guidance of an enlightened master.