Moonwalking With The Comrades

Two tropes underpin Arundhati Roy’s rhetoric: the constant equation of weaponry with beauty and joy, and the repeated emphasis – if without much insight – on the militarisation of daily life. 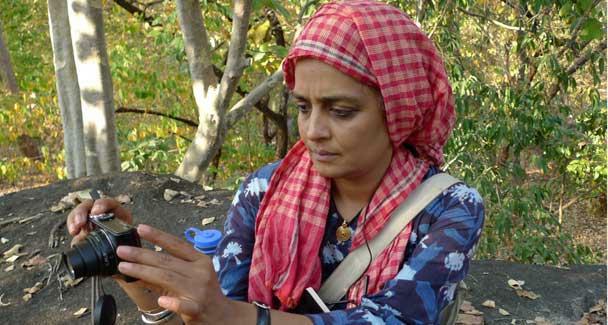 The last book François Furet wrote before his death in 1997 was called The Passing of an Illusion. At the very beginning of the first chapter of that book, Furet spelt out the central question driving his study:

What is surprising is not that certain intellectuals should share the spirit of the times, but that they should fall prey to it, without making any effort to mark it with their own stamp. […] twentieth century French writers aligned themselves with parties, especially radical ones hostile to democracy. They always played the same (provisional) role as supernumeraries, were manipulated as one man, and were sacrificed when necessary, to the will of the party. So we are bound to wonder what it was that made those ideologies so alluring, that gave them an attraction so general yet so mysterious.

Furet’s book emerged from an autopsy of his own past as a as a Communist “between 1949 and 1956.” He wrote, further, that his years as a Communist bequeathed to him an enduring desire to unlock the mystique of revolutionary ideology. Given this, it’s not difficult to see why he pioneered some of the most brilliant historiographical work on the French Revolution. The question we are concerned with here is the one I have quoted at length above; for it seems that in our own day, this strange romance between (formerly) fiercely independent intellectuals, scholars, activists and the – a – party, continues.

The latest document of this affair is a long essay by Arundhati Roy (once famous for her declaration of herself as an”independent mobile republic”), titled ‘Walking with the Comrades,’ published in the latest issue of Outlook. It makes for exciting reading, as a lot of well-written travel literature does; but it is significant for another reason: in the current debate over ‘Operation Green Hunt,’ with many versions of ‘ground realities’ fighting amongst themselves, this document is Roy’s attempt at producing an (her) authentic truth, so immersed in the charming details of revolutionary existence that everything else becomes secondary. If we were ever to perform an autopsy of our twentieth century’s ‘Communist’ pasts, ‘Walking with the Comrades’ would probably be as good a place to start as any.

In the article Roy speaks of her travels across Dandakaranya as personal guest of the CPI (Maoist.) Armed with her idealism she traverses forests and villages in search of truth. Before she leaves Delhi, her mother calls to announce (“with a mother’s weird instinct”) that what India needs is a revolution. She sets out to find it.

Two tropes underpin Roy’s rhetoric throughout: the constant equation of weaponry with beauty and joy, and the repeated emphasis – if without much insight – on the militarisation of daily life. Both seem to suggest to her, the epitome of revolutionary spirit – the one we have learnt India needs right now. But this affinity of death with beauty harks back to another – perhaps more accurate – tradition that Susan Sontag spoke of in her 1975 essay ‘Fascinating Fascism.’ National Socialism, she wrote, stood for values which at the time she was writing, were deeply cherished by ‘open societies.’ Among these were “the cult of beauty, the fetishism of courage, the dissolution of alienation in ecstatic feelings of community.” Roy’s representation of the Maoists is nothing short of similar fetishisation. Chandu, a twenty-year old cadre, meets her with a “lovely smile.” They trek and she wonders about his “bemused village boy air.” Eventually she discovers “he could handle every kind of weapon, ‘except for an LMG’, he informed me cheerfully.” At a Maoist camp she meets hundreds of comrades lined up in two rows, each with “a weapon and a smile.” Roy is at her elegiac best when she speaks of comrade Niti who is “considered to be so dangerous and is being hunted with such desperation not because she has led many ambushes (which she has), but because she is an adivasi woman who is loved by people in the village and is a real inspiration to young people. She speaks with her AK on her shoulder. (It’s a gun with a story. Almost everyone’s gun has a story: who it was snatched from, how, and by whom).”

Is this a commentator on politics, or the PR department of the American National Rifle Association? (“Almost everyone’s gun has a story” – someone should sell this!)

Roy’s wanderings are not the first or only documentation we have of the complete militarisation of everyday life in these regions. But there’s something else at work here, which we might wish to pay attention to: “Comrade Raju is briefing the group. It’s all in Gondi, I don’t understand a thing, but I keep hearing the word RV. Later Raju tells me it stands for Rendezvous! It’s a Gondi word now.” Other words with tribals here understand are: Cordon and Search, Firing, Advance, Retreat, Down, Action. She speaks of a celebratory ritual where armed cadre surround locals and then join in, proving to her that “what Chairman Mao said about the guerrillas being the fish and people being the water they swim in, is, at this moment, literally true.” (Emphasis added.) Then there is this gem:

BBC says there’s been an attack on a camp of Eastern Frontier Rifles in Lalgarh, West Bengal. Sixty Maoists on motorcycles. Fourteen policemen killed. Ten missing. Weapons snatched. There’s a murmur of pleasure in the ranks. Maoist leader Kishenji is being interviewed. When will you stop this violence and come for talks? When Operation Green Hunt is called off. Any time. Tell Chidambaram we will talk. Next question: it’s dark now, you have laid landmines, reinforcements have been called in, will you attack them too? Kishenji: Yes, of course, otherwise people will beat me. There’s laughter in the ranks. Sukhdev the clarifier says, “They always say landmines. We don’t use landmines. We use IEDs. ” (Emphasis added.)

But perhaps the most revealing instance of this absolute internalisation of violence comes when Roy finds the comrades watching Mother India one night, and asks Kamla if she likes to watch films. Kamla replies: “Nahin didi. Sirf ambush video (No didi. Only ambush videos).” We wonder along with Roy, what these ‘ambush videos’ are. It turns out that one of them

“starts with shots of Dandakaranya, rivers, waterfalls, the close-up of a bare branch of a tree, a brainfever bird calling. Then suddenly a comrade is wiring up an IED, concealing it with dry leaves. A cavalcade of motorcycles is blown up. There are mutilated bodies and burning bikes. The weapons are being snatched. Three policemen, looking shell-shocked, have been tied up.”

We are, by now, far away from the usual argument of ‘violence-counter-violence’ that frames discussions around the Maoists. The impulse to record, archive and then consume acts of violence, paradoxically, is the quintessential part of the culture of capitalist modernity that the Maoists claim to despise. Of course, none of this makes a difference to Roy. These narratives do not indicate to her anything about the nature of the Communist Party of India (Maoist.) They do not suggest to her, for instance, that a tendency towards destructive (dare we say creative) violence is embedded in the culture of the party. Watching mutilated bodies of people is not a response to state violence. It is a precursor to the cultural fetishisation of death in much the same way that Nazi paraphernalia was eroticised in the aftermath of the war. ‘Revolutionary justice’ is just another name for murder. Scant surprise then, that our travel advisor has a bordering-on-kind word for the “rude justice” of peoples’ courts.

By the time we stumble onto these facts, we have already learnt the Maoist version of Indian tribal history – one which our author endorses – one where unproblematic lines are drawn from the colonial era to Naxalbari and now, ‘Operation Green Hunt.’ By this time we also know what our tour-guide is looking for: not just her mother’s intuitive revolution, but something more modest: a dream. And she finds this in the teachings of Charu Mazumdar. Although the Naxal movement was full of contradictions, although it committed some excesses, we cannot deny she writes, that “Charu Mazumdar was a visionary in much of what he wrote and said. The party he founded (and its many splinter groups) has kept the dream of revolution real and present in India. Imagine a society without that dream. For that alone, we cannot judge him too harshly. Especially not while we swaddle ourselves with Gandhi’s pious humbug about the superiority of “the non-violent way” and his notion of trusteeship.” (Emphasis added.)

(As if the only counterpoint to the Maoist ideology today in India is Gandhian humbug. But then, that’s the easiest effigy to demolish.)

Further: “When the Party is a suitor (as it is now in Dandakaranya), wooing the people, attentive to their every need, then it genuinely is a People’s Party, its army genuinely a People’s Army. But after the Revolution how easily this love affair can turn into a bitter marriage. How easily the People’s Army can turn upon the people. Today in Dandakaranya, the Party wants to keep the bauxite in the mountain. Tomorrow, will it change its mind? But can we, should we let apprehensions about the future immobilise us in the present?”

A fancy way of phrasing a simple question. We know by now that the population being produced as ‘tribal’ by our author is actually either Maoist cadre, or live in the presence of people who laugh while wielding their guns and watching their victims on tape. If this is not reason enough to worry about such an organisation, perhaps the history of twentieth century revolutionary projects could throw a light on the matter. But of course, the actual history of these movements doesn’t count. Only the dreams they were born with. If “big damns are a crime against humanity,” if the Nehruvian dream of modernity is over, perhaps it is time for our author to reflect on the fact that with the twentieth century, that other modernist dream – revolution – has also passed.

This article originally appeared in Kafila