The body was recovered from the 'rat-hole' mine and was handed over to doctors for further supervision. 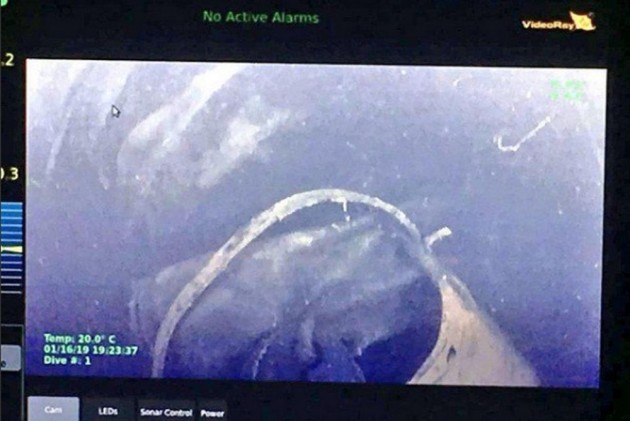 Navy divers have recovered a body from the illegal coal mine at East Jaintia Hills, at a depth of more than 200 feet more than a month after the coal mine collapse in Meghalaya.

The body was recovered from the 'rat-hole' mine and was handed over to doctors for further supervision.

#WATCH: Search operations underway in a mine at Ksan near Lyteiñ River in East Jaintia Hills for miners who are trapped since December 13. Today morning one body was recovered. (Visuals of Navy's underwater remotely operated vehicle) #Meghalaya. pic.twitter.com/gg1NwtjFOY

Search operations to retrieve rest of the bodies is underway.

One Month After Mishap, No Trace Of 15 Miners Trapped In Meghalaya Mine

Meghalaya: Operation continues to rescue the miners who have been trapped in a mine at Ksan near Lyteiñ River in East Jaintia Hills, one body has been recovered. The miners are trapped since 13th December. #meghalayaminers pic.twitter.com/trqWsHmzwc

On December 13, water from nearby Lytein river flooded a network of tunnels in a coal mine in Lumthari village of East Jaintia Hills, trapping 15 men and prompting a rescue attempt that has failed to yield any result so far.

That mining goes on unabated in the state can be gauged from the fact that heaps of freshly dug coal is dumped on both sides of the road that approaches Lumthari from Khliehriat, the district headquarters of East Jaintia Hills.